Friday the 13th, The Human Centipede, and the Damage Done by Film Censorship 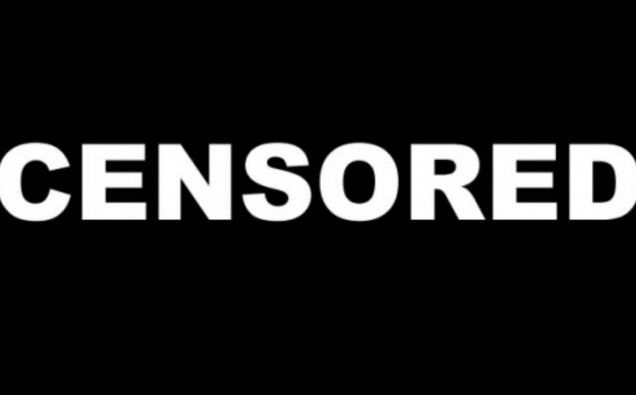 This is a college paper I wrote for my journalism 1 class. I thought it fits the mentality of horror viewers well enough it would make a good article on here. Censorship is a disease that needs to be blotted out. Only making our voices heard can make this happen.

“I get a rash from too much political correctness.” That is a quote from filmmaker Tom Six, the director of the most repulsive film series in recent memory, The Human Centipede. Human Centipede films are infamous for their violence, nudity, vulgarity, and repulsiveness. The movies all feature around human centipedes of various lengths; the 1rst film has three victims, the 2nd twelve, and the 3rd a mindbogglingly 500. What makes these movies sickening are the nature of what human centipedes are; people surgically stitched, mouth to hind end, to form a single digestive track from the forced consumption of fecal matter.

This is such an obviously pungent idea that many fans of horror and film in general immediately discounted these films as utter trash, which is simply unfair. The first movie in the series, simply titled The Human Centipede, is a chilling, wonderfully acted look into extreme evil with some of the most perverse subject matter imaginable. Famed film critic Roger Ebert said “No horror film I’ve seen inflicts more terrible things on its victims than “The Human Centipede.” And that’s what makes it a powerful film; the most repulsive ideals imaginable give the film a shockingly strong impact.

The Human Centipede films were all released without going through the MPAA and receiving a rating, but not without good reason: all 3 would instantly receive an NC-17, a rating that many of the major theater chains refuse to display. Instead, they played unrated in a handful of independent cinemas. Because of that, many people missed out on a film that might have disturbed them, maybe even destroyed the weaker willed who saw it, but would have made an impact unlike anything else you could ever see in a theater.

Therein lies the problem with the MPAA ratings system; it keeps excellent films from being broadcast to a wide audience who would love them.  The Human Centipede certainly isn’t a film for everyone, but this is a free democratic country. No one is going to force you to go watch a movie that you don’t want to.  So what exactly does the industry gain from inconveniencing those patrons that do want to see it with a limited release?

Sometimes films aren’t banned outright, just cut to and censored to oblivion. One series that has received a huge amount of controversy over the years is Friday the 13th, and perhaps not coincidentally, it is one of the most cut. The problem with this is, is that these movies rely on the things that are censored; nudity and violence. No one goes to see a slasher film for nuanced character development Oscar quality acting. They go to see young teenagers bare their flesh and die unfortunate and gory deaths.

The most recent film in the series released an uncensored version of the film on Dvd, which makes it easy to compare the cut theatrical version with the uncut on home video. In total, there were 41  differences between the two versions, the majority being toned down violence and sex in the theatrical cut. But what is the point in doing this?

It seems unlikely that the Knitting Nuns of Newfoundland are ever going to watch a slasher film in theaters, regardless of the level of violence and sex in it. Simply put, the people who go to see Friday the 13th are the fans, the ones who, as stated earlier, adore the violence and nudity that these films feature. By cutting these scenes, the MPAA isn’t protecting anyone; just depriving the fans of the things they enjoy.

Personally, I am against the NC-17 rating or anything equivalent to it. I feel it gives an unnecessary stigmata on the film, especially since so many films slapped with that rating get unfairly marked off as smut or low brow entertainment. This is especially true before NC-17 was created and these films were simply marked with an X, the same rating given to porno’s. Some of the greatest films of all time (The 1969’s Best Picture Winner Midnight Cowboy  and Last Tango in Paris come to mind) have received the rating.

Instead, the R rating should be able to incorporate all films released. First things first though, children should absolutely not be allowed into R rated films, right now and especially if the rating will adapt to accommodate films like The Human Centipede. This is to accommodate the patrons as much as it is to help protect the children. Screaming, crying kids have no place watching an explicit movie 9 p.m at night, distracting the adults trying to enjoy their film. If you want your kids to watch R rated films, get them the Dvd.

If teenagers want to see the movies, they should have to have their parent purchase them a ticket. It is the parent’s job to make sure their children is exposed to materiel they find to be obscene based on their own values. Rick the priest likely has higher moral standards what his children watch than Derrick the truck driver who popped in a copy of The Evil Dead for his 5 year old nephew. Parents should decide what is right for their teens, not an all inclusive, obtuse rating system.

The best thing about an R rating that includes all movies free of censorship, is that it allows adults to go and see the entertainment they want, in the form the movie in the form the movie’s makers intended it to be seen. Adult consumers should be allowed to see what products they want; they’re not scared children needing their mommy to tell them whats appropriate to watch. The MPAA needs to learn too reflect this more mature mentality.