"For Gods Sake GET OUT" 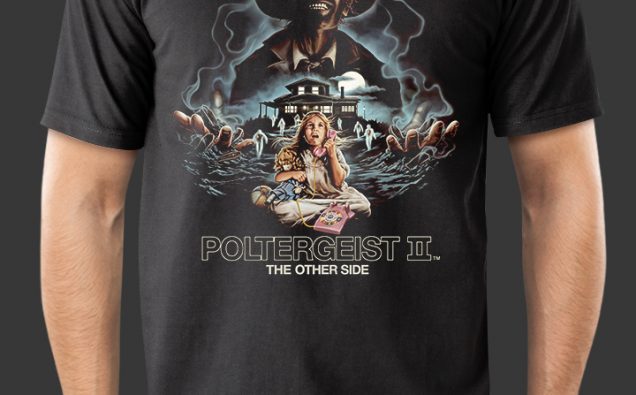 Fright-Rags gets nostalgic, new apparel and posters from ‘The Amityville Horror’ and ‘Poltergeist 2: The Other Side’ are on the way! AND They’re celebrating Alien Day!

They just bought the home of their dreams! Homes can’t remember! Right? Don’t mind the bleeding walls..its normal I tell you! ‘Amityville Horror’ paved the way for genre favorite ‘The Shining and is now being immortalized by Fright-Rag’s artist! Justin Osbourn and Kyle Crawford together bring ‘Amityville Horror’ to life in a way, you’d rather hang on the wall then wear. Osbourne captures the quote “For Gods Sake Get Out” in his mural of the a cursed home for the T design. Where Crawford uses the same tag line but in a way that capitalizes on the death that surrounded 112 Ocean Ave. 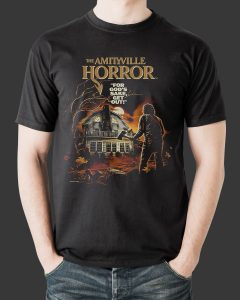 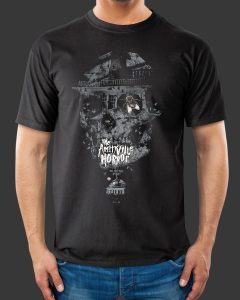 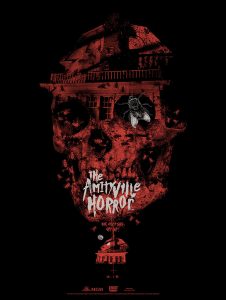 The artists didn’t stop there though they also managed to bang out to other T’s that center around Tobe Hooper’s ‘Poltergeist II’ and the saga of Carol Anne and Kane. 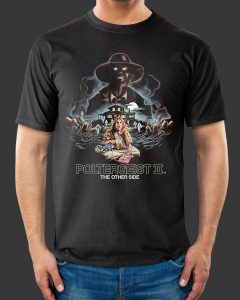 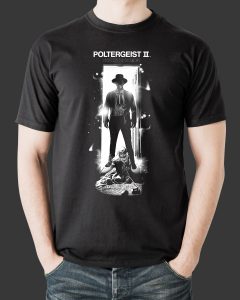 In case you miss it: Apr. 26th the nation will be celebrating Alien Day, similar to last year’s Back To The Future Day, and here’s something you’ll love to read, Fright-Rags is also going to be apart of it! Fright is releasing this exclusive Alien designed shirt by Dan Munford on Alien Day, if you want one ACT FAST they are limited (only 426 shirts were created)! 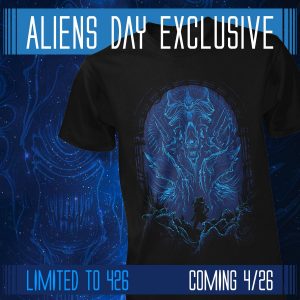 Pick everything up here