Fullmoon Features Behind New Ebay Page; Valentine’s Sale Makes Everything Half Off

Fullmoon Features (Puppet Master, Gingerdeadman) are currently running a Ebay page which is auctioning off the company’s archived art. Up for takes so far is, Puppet Master comic art,... 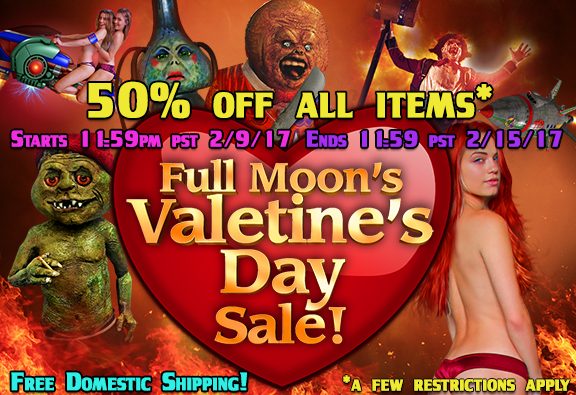 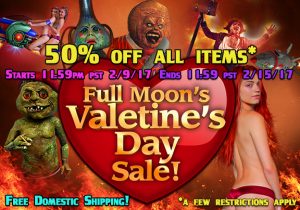 Fullmoon Features (Puppet Master, Gingerdeadman) are currently running a Ebay page which is auctioning off the company’s archived art. Up for takes so far is, Puppet Master comic art, an un-used poster from a unmade Fullmoon film and an original Puppet Master hand drawn poster signed by Puppet Master producer, Charles Band. One question: Which piece should I buy first?! That decision is probably going to be kind of hard because the company explained during a press release sent to us, new items will be added every week. The company also divulged, they’re currently running a Valentine’s Day special which makes all items up-for-auction 50% off with free domestic shipping! The offer is said to end the day after Valentine’s Day, so Horror-Heads, act fast!

From the official press release:

This week’s wicked auctions include: 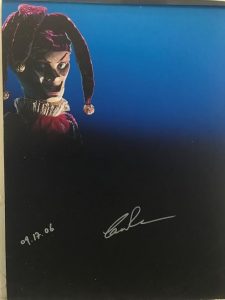 Medium: pen, pencil, white out
Comes with a certificate of authenticity
signed by Charles Band. 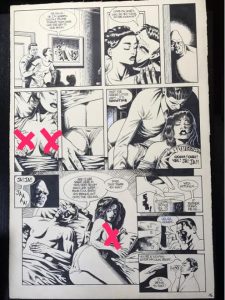 Featuring stunning, uncolored art from the original  Eternity Comics PUPPET MASTER comic book series!
This is sure to be the centerpiece of any art collection!
From Issue #2   Page #15. Circa 1990.

Features gorgeous panels with Pinhead being the devious voyeur his is!

Breasts, sex, and perversion all on one page! 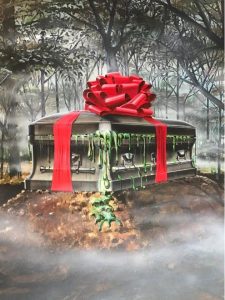 See through Plastic protective cover.
Very minor wear from over 30 years of storage and handling.
Signed by Taylor on the back of poster.

Note: All fixed priced eBay Items will be 20% off during the AMAZING Full Moon Valentines Day sale! And be sure to subscribe to our eBay store newsletter to stay in the loop for all of our awesome upcoming auctions! New items added every week!”