Get ‘Dead Hooker in a Trunk’ for your very own! 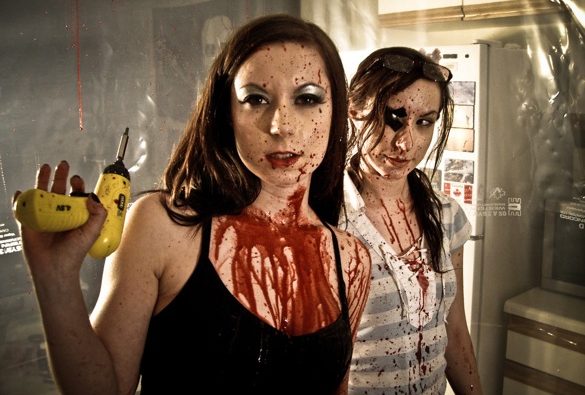 Arriving at festivals almost a decade ago, “Dead Hooker in a Trunk” was a brash and violent calling card for a pair of young Canadian ﬁlmmakers. The Soska Sisters’ grindhouse horror ﬁlm proved to be a hit on the festival circuit, with many regarding it as a stylistic, genre-bending take on modern exploitation. 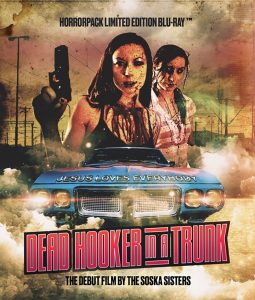 This is a movie, I need to watch again. It started a love for Jen and Sylvia Soska, AKA The Twisted Twins, that I have not lost. Meeting them last year was so amazing- they are the coolest filmmakers and people ever! This movie is where it all began for them!

Speaking about their breakout feature, the Soska Sisters said, “This ﬁlm is a miracle. Its success is a huge leap of faith. The belief fans put in us and the way they rallied around us made our greatest dreams a reality. This ﬁlm is proof that when you follow your stupid fucking dreams, great things happen.”

Also- if you are a film collecter- HorrorPack is the most amazing way ever to get your favorite horror flicks with all kinds of exclusive extras!

• Original Theatrical Version of the ﬁlm

• Behind the Scenes Featurette

For the uninitiated, HorrorPack® is a monthly Horror Movie Subscription Box featuring four Horror Movies on Blu-ray™ (including a Limited Edition Blu-ray™ each month) for $24.99 with free US shipping, or four Horror Movies on DVD for $19.99 with free US shipping for fans of the DVD format. Subscriptions are available in 1, 3, 6, and 12-Month options with discounts for longer terms. The “Dead Hooker in a Trunk” HorrorPack® Limited Edition Blu-ray™, Number 19 in the series, is available now for ordering as part of the February Blu-ray subscription pack at horrorpack.com/dhiat.