Getting Scared On “All Hallows’ Eve”

Who doesn't love a good anthology? 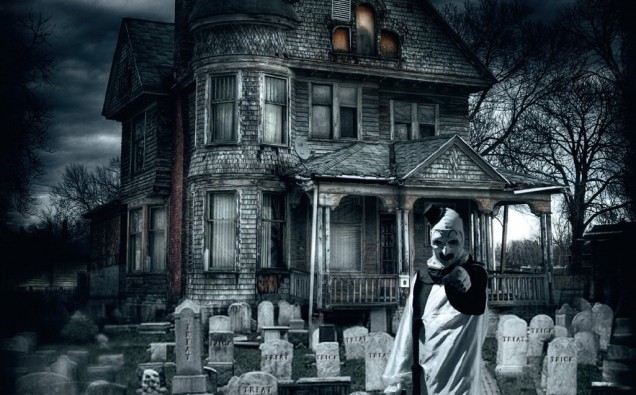 One of my favorite types of horror films is anthologies. Being able to show not just one, but multiple stories in a single setting can be very effective if pulled off well. Flicks like Creepshow, VHS, & Tales from the Darkside are just a few examples of how entertaining these films can be. All Hallows’ Eve is an anthology film that came out a few years back, & quite honestly, it’s one of the best I’ve seen in recent. I would even say that it’s right up there with Trick or Treat & V/H/S. With the first story of the movie originating on Youtube, it gained a large enough following for it to warrant a feature-length production. What followed was one of the best collections of short horror movies I have ever seen. Now, I could get into detail about all the shorts, but given their short length it’d be hard not to spoil the stories completely. So, in light of I’ll just give you the main gist of what the stories are about.

The main overarching story involves a babysitter watching two siblings on Halloween. During their trick or treating, they acquire a videotape (which is always a good thing) & start to watch it. Once the babysitter sees how gruesome the first story is, she stops it & sends the kids to bed. However, curiosity gets the better of her & she finishes the tape. While watching it, she begins to see things out of the corner of her eye, but it’s just her paranoia…right?

The first story follows a woman just minding her own business in a subway. Unfortunately, she runs into a killer clown that drugs her & kidnaps her. When she wakes up, she finds herself chained to wall, dark tunnels surrounding her. Will she escape? What’s dwelling in those tunnels? Why does it always have to be clowns? Only one way to find out…

Following that tale of terror is the second story, which involves a loving wife who is home alone in her new house. As she’s unpacking, she notices some strange lights outside, which makes her uneasy. Soon enough, she finds her home being invaded by an unimaginable force. What do her pursuers want with her? And, more importantly, what the hell are they?

Finally there’s the third story, detailing a series of events that a young woman experiences while driving on a deserted road late at night. After witnessing a bloody murder at a gas station, she gets out of there as quick as she can. To her dismay, she does this only to discover that the killer isn’t going to let her get away that easily. Can she escape the grasp of the psychopath who’s thirsty for her blood? Will she ever get to that thing she was supposed to get to before all of this started? Isn’t that the clown from the first story? So many questions.

If you ask me (which you should, I have “good” taste), you should definitely give this flick a viewing.  It’s bloody, it’s eerie, it’s all of those other words that you like. Check it out