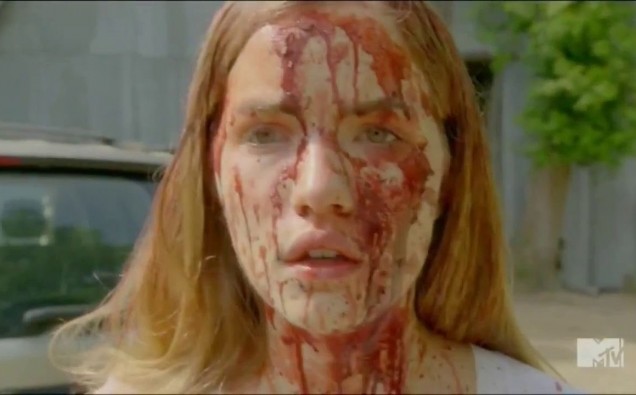 The beginning of the episode starts where In The Trenches leaves off– Emma is in shock after witnessing the absolutely brutal murder of her ex-boyfriend Will where he was literally chopped in half right in front of her. In a haze, Emma drifts through the next few days completely unaware of her surroundings as she processes the awful ordeal she has been through. Maggie takes Emma to various doctors where she is prescribed anti-depressants and sleeping medication to help numb her from the pain.

Jake is recovering in the hospital after being stabbed in the bowling alley and Brooke has stuck with him waiting for him to wake up. When Jake finally regains conscienceness, Brooke and Noah deliver the news that Will has died.

Piper meets with the Sheriff and gives him the video of the mayor disposing of a body in his trunk, in hopes to prevent anyone else, including herself, from dying. The mayor is bought into questioning but refuses to tell the truth until he speaks to his daughter, Brooke first. 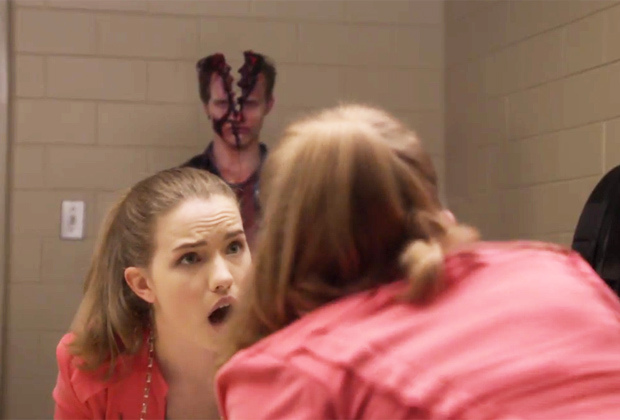 Emma surprises everyone when she decides to return to school, as she puts on a fake smile and has a weird, almost too-happy attitude. Noah and Audrey notice right away that she is still hurting and try to help but all Emma does is push them away. Kieran tries to console Emma too, but Emma seems hesitant to let him be there for her. Throughout the day, Emma kept hallucinating Will’s dead body in various places throughout the school. With each hallucination, it seemed like some one was trying to tell her something.

Audrey and Noah continue their own investigation into Mr. Branson, whom they believe to be behind the murders. In class, the two couldn’t help but feel Mr. Branson was on to them, with the weird looks and attitude he was giving them.

Brooke finally is able to call her mother in rehab, and feels relief knowing she is still alive and okay. Brooke than agrees to go talk to her father and find out the truth behind the video. Brooke’s father explains that her mother had a friend that supplied her drugs and that one day he came home to find that he had overdosed. To avoid any sort of investigation that would reveal that the mayor’s wife was a drug addict, he decided to dispose of the body himself. Brooke is outraged by her father’s self-centeredness and decides she is done with him. 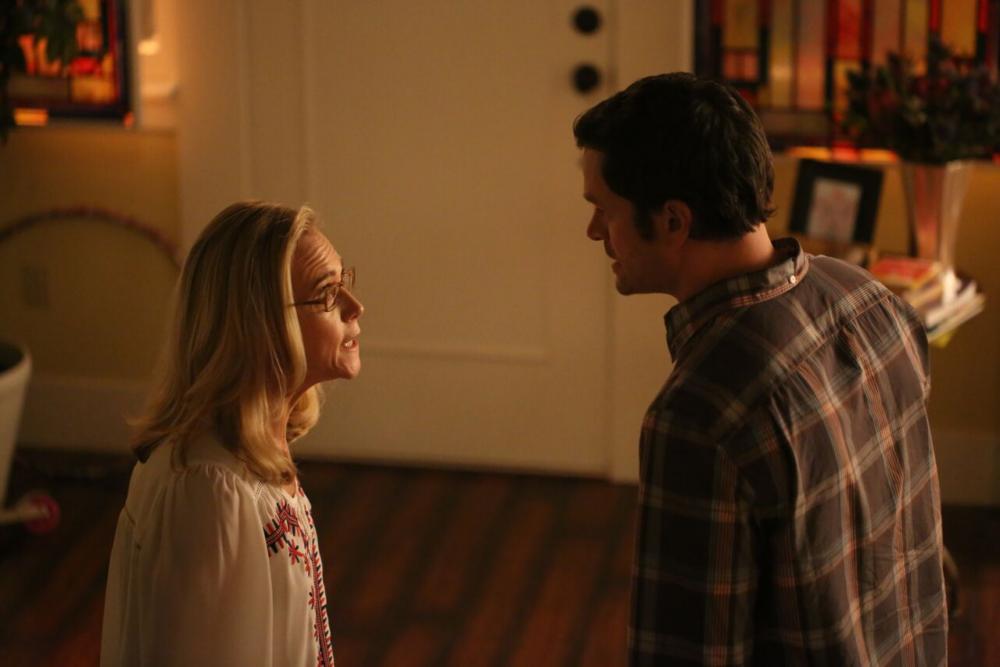 At work, Emma experiences another vivid and terrifying episode of Will, resulting in being hospitalized. Emma’s father, or so we think comes to visit her and she pushes him away since he was never there for her to begin with. Later on, Emma dreams a flashback of her father and mother fighting over a baby when he left. Then, she is walking in the baby ward with her father who explains that the truth is all right there before she wakes up.

Emma then remembers the x-rays and pictures that were up in the abandoned hospital and asks Audrey for the video she took while they were there. Emma finds that next to the x-rays of Brandon James, are two ultra-sound pictures.

Emma calls her mother to the hospital to ask her who the baby is in the ultrasound because she knows it’s her mother’s since her last name was on it. Maggie tells her that it was her baby, and that Brandon James was the father. Maggie put the baby up for adoption and does not even know if it was a boy or a girl. Emma suggests that some one knows the truth and that it is most likely why people are being murdered.

Audrey and Noah break into Mr. Branson’s classroom to discover a knife and cell phone in his air conditioning vent. Noah then receives a message with Mr. Branson’s real name and a mugshot. Noah calls the police and the Sheriff puts out a warrant for Mr. Branson’s arrest.

Brooke, who is heartbroken over her father’s actions, meets with Mr. Branson to seduce him. The two hook-up behind the curtain in the auditorium when Seth hears a noise and then  disappears to go check it out, leaving Brooke almost naked and exposed. The curtains then open and Brooke sees the killer coming and he is able to stab her arm. Seth than suddenly appears out of nowhere making Brooke rather suspicious. Suddenly, a hoard of police officers burst in and arrest Seth.

Overall, I found this episode to be pretty well-paced and the hallucinations Emma was experiencing were very creepy– almost reminded me a bit of A Nightmare on Elm Street, when Nancy was seeing the body of Tina being dragged down the hallway. The baby revelation was also quite interesting and I now believe whoever that adopted child was is indeed the killer.

For some reason, Kieran popped into my mind right away when Maggie says she put the baby up for adoption. Kieran looks considerably older than a teenager and he just seems to fit the profile. I may be wrong, just for the simple fact that, it would seem almost too easy to figure out. I mean, c’mon, the boyfriend in the first Scream movie was the killer so would they really go down that road again?

Any who, I am eager to see what the final two episodes hold and I swear, they better show who the killer really is! I don’t think poor Emma can handle any further murders but I have a feeling Brooke may be next on the chopping block. Guess we will just have to wait and see!