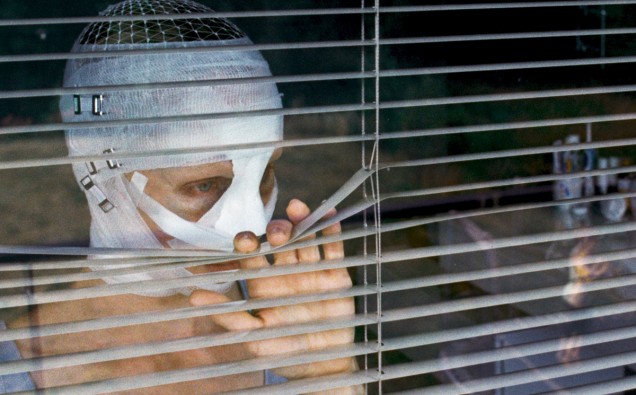 Few movies have set the horror genre on fire this year like the Austrian film Goodnight Mommy did with its trailer. It looked creepy, disturbing, original. The official plot is terrifying in its simplicity:

Twin boys move to a new home with their mother after she has face changing cosmetic surgery, but under her bandages is someone the children don’t recognize.

Thing is, we were tricked. Oh, don’t get me wrong, that plot is the basis of the film. But it goes in a completely different direction than what you’d expect, culminating in possibly the biggest twist since the ending of The Sixth Sense!

The movie is intelligent, flinch-inducing, and doesn’t hold your hand. With almost zero exposition, we are left with the aftermath of an incident without knowing what really led to this point. And the ending is open to interpretation, with no solid proof as to what the viewer is supposed to believe really happened but with hefty evidence to support both scenarios.

This movie morphs from a simple original plot to a gripping masterpiece I can only describe as one of the best horror films not only of the year, but of all time!

You can check it out for yourself on Blu Ray and DVD on December 1st!