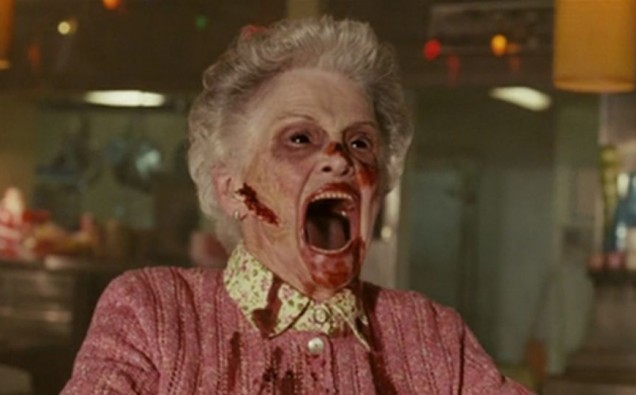 The latest confirmed inductee in the Serial Killers’ Club is anything but typical, redefining the very concept of the “Face of Evil”. I mean, seriously, who would expect a sweet little old lady is actually a vicious predator? 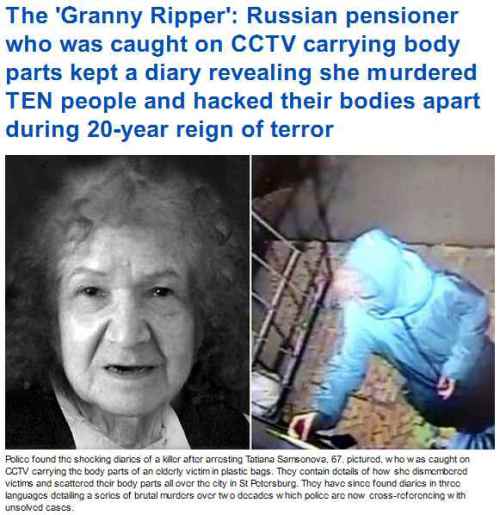 In the latest example of “Real-Life” horror pulled straight from news headlines, The Daily Mail reports: “A pensioner dubbed the ‘Granny Ripper’ wrote a diary confession to at least ten murders, hacking apart her victims in a reign of terror that may have lasted two decades. Suspected serial killer Tamara Samsonova, 68, beheaded and dismembered her targets in Russia’s second city, St Petersburg, it is believed.”

A former hotel worker and caregiver, Granny Ripper’s reign of terror came to an end last week when security video showed Samsonova dragging around a large plastic bag that contained nothing resembling old-lady knick-knacks, but rather human body parts; the pieces (which did not include a head) were identified as belonging to 79-year old Valentina Ulanova, one of her charges.

When police entered Samsonova’s nasty apartment, they found evidence linking her to the crime including a saw, a knife, and blood spots in the bathroom—but this was merely the tip of an exceptionally bloody iceberg. Granny Ripper had kept a series of detailed diaries that described at least 10 macabre dismemberments. Past unsolved dismemberment murders now being attributed to Somsonova include:

The deeper one delves into bizarre case, the more unsettling the specifics become:

It all reads like a pitch script for latest slasher horror, and something tells me it won’t be long before this story gets tossed around studio boardrooms near and far. While relatively few, there are past examples of chillers centered around the matronly and the elderly, including: Rosemary’s Baby, Flowers in the Attic, Rabid Grannies, and Grandmother’s House.

M. Night Shyamalan’s upcoming found footage horror The Visit, set for US theatrical release on 9/11, also features a dastardly grandmother. Check out the chilling trailer below.

The fact that the quintessential grandmother (babushka, abuela, nanna, etc.) is sweet and doting makes the concept of the Granny Ripper so terrifying. It’s a complete perversion of the loving matriarch, producing palpable sensations of dread and unease. In a twisted sense, an evil grandmother becomes a personification of Death itself—a cruel Death that lures you in with meekness before slashing you to pieces!

We’ll keep you updated on the case of the Granny Ripper as details emerge.

What do you think about the chilling case of the Granny Ripper? Are you interested in checking out The Visit this September? Sound off in the Comments section! 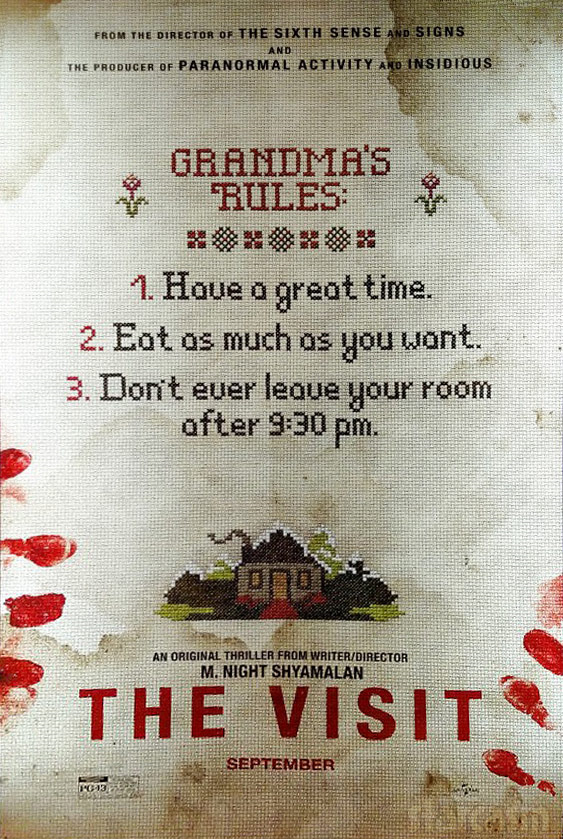