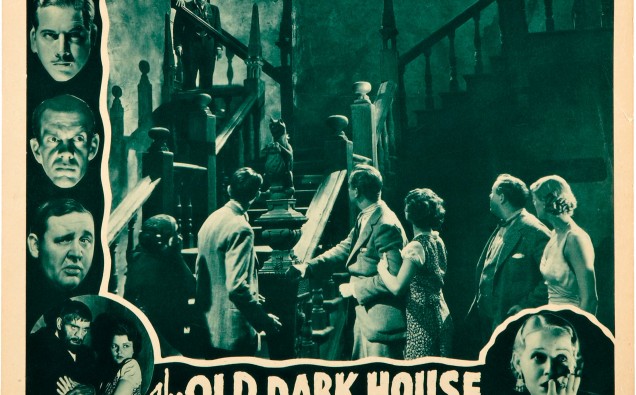 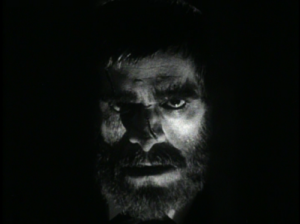 Following the success of Frankenstein (1931), director James Whale was reunited with Boris Karloff for this adaptation of J.B. Priestley’s darkly funny, philosophical and satirical thriller Benighted (1927).  The material was perfectly suited to Whale’s sense of humor, and he was blessed with a cast who could realize the story’s collection of eccentrics, misanthropes and tortured souls with conviction and nuance.

Karloff, a gifted actor who would be the saving grace of many horror films over the coming decades, is here relegated to the relatively thankless role of Morgan, the mute, brutish butler.  He is given little to work with, but he endows the character with a kind of savage sensitivity. 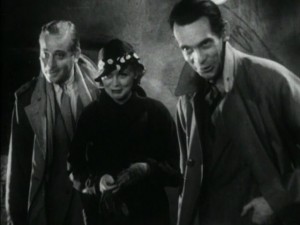 Meatier roles are distributed among a variety of talented leads and character actors.  The world-weary, shell-shocked cynic Roger Penderel is given tremendous charm through his wall of sarcasm by Melvyn Douglas, who would return to the horror cinema nearly half a century later with a role in Ghost Story (1981).  His traveling companions, the bickering couple Philip and Margaret Waverton, who re-kindle their love under spooky circumstances, are played by Raymond Massey and Gloria Stuart.  Massey is perhaps best remembered today for his performances as Jonathan Brewster (a part played on the stage by Karloff) in Arsenic and Old Lace (1944), while Gloria Stuart, whom Whale would employ again in The Invisible Man (1933), is now better known as “the old lady from Titanic.” 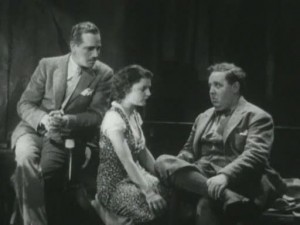 Also stranded in the eponymous House are blustering businessman Sir William Porterhouse and his high-spirited, low-class girlfriend, Gladys DuCane.  Porterhouse is given inflated, obnoxious, but inescapably charismatic life by Charles Laughton, one of the absolute masters of early screen acting.  Horror fans will also remember Laughton as Doctor Moreau in Island of Lost Souls (also 1932) and as Quasimodo in The Hunchback of Notre Dame (1939).  The flirty, at times almost aggressively childish DuCane is played by Lilian Bond, who captures the character’s irritation with and sympathy for Porterhouse, and later demonstrates great chemistry with Douglas.

Okay, okay, let’s get to the real fun now.  Penderel et al find themselves stranded in the isolated, shadowy home of the Femm family, and it’s the Femms we came to see. 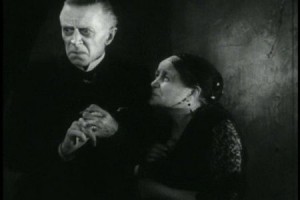 The most outgoing and personable of the Femms is the skittish, deceitful Horace, played with snobbish, sardonic aplomb by the gaunt, deep-lined Ernest Thesiger, best remembered as Dr. Pretorius in Whale’s masterful Bride of Frankenstein (1935).  Thesiger seems to delight in each and every line he is given, finding the toxic nuances not only in Horace’s blasphemy and slander, but even in a sentence as simple and banal as, “Have a potato.”

His bitter, judgmental, puritanical and somewhat selectively deaf sister Rebecca is played with a kind of hateful, shrewish glee by Eva Moore.  Although she is among the least physically imposing characters in the movie, Rebecca’s cold, appraising stare and her grim rhapsodizing about the Femm family’s sinful past are among the most chilling aspects of the movie. 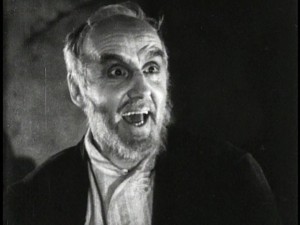 The real danger turns out to be not the sly Horace or Rebecca nor the towering Morgan, but rather the hypocritically meek, at times almost infantile Saul Femm, who is leant a gleaming intensity by Brember Wills.  Wills has only a handful of film credits, but his portrayal of Saul – spoken of in hushed tones, but revealed only for one extended climactic sequence opposite Penderel – has earned him a place of note in the annals of horror history.  Wills imbues Saul – little more than a wild animal of a man in the novel – with a calculating, curious kind of madness. 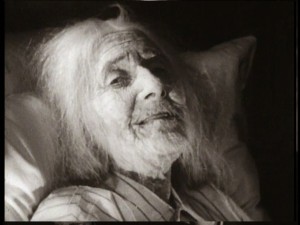 Finally, there is the patriarch of the Femm family, Sir Roderick.  To give the feeble, ancient madman a truly strange quality, Whale cast not an old man, but a middle-aged woman; Elspeth Dudgeon was credited as “John Dudgeon” and made up with a wispy beard for her scene.  Dudgeon’s Sir Roderick is almost immobile and barely speaks above a whisper – or more like a squeak – but each crack of the voice sings a song of both nostalgia and regret. 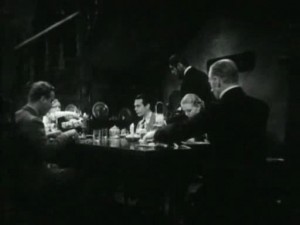 The unsettling yet funny dinner scene

James Whale was an experienced stage director, and knew how to get the most out of theatrically trained character actors.  With The Old Dark House, he assembled a cast who could perfectly embody the tragedy, the comedy, and the horror of Priestley’s characters.

Horror.  You want it, and The Blood Shed has got it, so keep coming back, and be sure to check out our Facebook page!