Sic the dogs on 'em 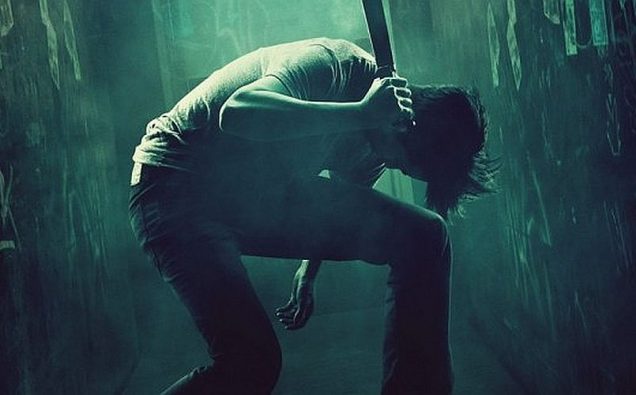 There’s something about sitting in a darkened theater, waiting for the bloodshed to start. The anticipation of what is to come, knowing the film you are about to see is packed full of brutal kills. I had high expectations going into Green Room, and it didn’t disappoint. It follows a punk rock band called Ain’t Rights and starts off lightheartedly enough. The four person band is so strapped for cash they resort to siphoning gas from parked cars to make it to their next gig. They end up playing a shitty bar owned by a white supremacist (played excellently by Patrick Stewart). Unfortunately for them, they witness a murder and are thrust into one of the most intense backwoods standoffs ever captured on film. 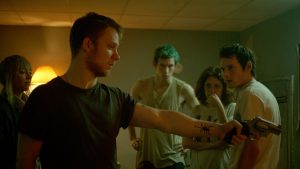 The brutality is on full display during the last hour or so of the film. Slowly but surely the band begins to permanently lose it’s members. Attack dogs maul and rip apart throats. Shotguns blast into faces. When Ain’t Rights starts fighting back a Nazi has his stomach slit open with a boxcutter. The racist killing machines are identified by their sinister red shoelaces. These are the cream of the Nazi crop. Don’t even get me started on Patrick Stewart, who delivers a career high performance like you’ve never seen before. His utter disregard for human life is a refreshing change from his normally lighter roles. My favorite shot of the film was actually not one of the brutal kill shots, but a poignant image of an injured attack dog lying down to die next to his dead master. 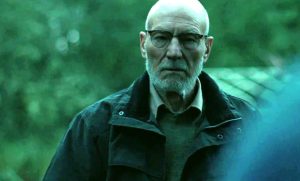 Did I mention Green Room was intense? The heart pounding buildups to each explosion of violence are some of the best you will ever see. If you’re into Punk you’ll enjoy the soundtrack as well. Songs from Bad Brains and others are covered by Ain’t Rights and only add to the intense atmosphere. There’s also internal strife among the Nazis which leads to some interesting alliances. Green Room is currently playing in limited theaters, and if its playing near you I highly recommend checking it out. Fans of both gore and intense thrill rides won’t be disappointed.