‘The Grudge’ (2020) Review and Exclusive Behind the Scenes Cast Interviews 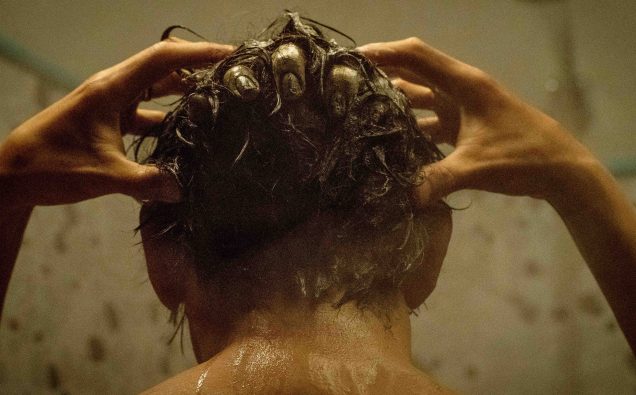 The most recent offering in the Ju-on universe, The Grudge 2020 is as grim and dreary as its predecessors.  Full of jump scares and pure anger, it is brought to us by legendary producer Sam Raimi (Evil Dead) and co-written/directed by Nicholas Pesce. (The Eyes of My Mother) The newest dark chapter in this story is set in the original time period and is scary as hell. I went into watching this not sure of what I would get, and I was pleasantly surprised that I liked it as much as I did.

Synopsis: A curse born in Japan is simultaneously unleashed in the U.S. Those who encounter it are consumed by its fury and met with a violent fate. 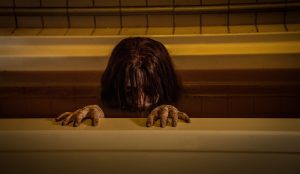 The screenplay is written by Pesce but is based on the original script by Takashi Shimizu, who wrote the 2004 American remake of his film Ju-on. We follow the lives of different families, with an amazing ensemble cast, some of whose stories are already bleak as hell even before The Grudge gets to them. Even though this is a less than inspiring tale, Andrea Riseborough, Demián Bichir, John Cho, and Betty Gilpin, Frankie Faison, Tara Westwood, Jacki Weaver, and my fav, horror movie legend Lin Shaye, bring their best work to the darkest, creepiest and most shocking film in the series. 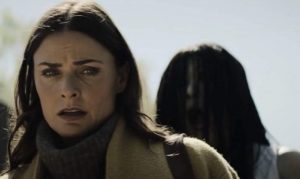 Beginning at the actual house in Japan where the original film was made, (which was cool) we meet Fiona Landers, (Tara Westwood) an American realtor who has gone into the wrong house and is about to bring a terrible curse home to the states.

Not played chronologically, we find out a bit about each character’s sad story before we find out how they will all be weaved together. The one thing we do know is that if you step foot into the house- all bets are off, and you will never recover from the experience. The newly possessed house at 44 Reyburn Drive is now filled with some very wet, gooey and rage-filled inhabitants, who you are welcome to take home with you. 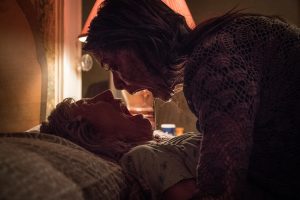 The only story not bleak to start with, but tragic nonetheless, is Fionna Landers. She is the patient zero, as it were and brings the curse to the U.S. and to her loving family. Her young daughter Melinda, (played by the talented Zoe Fish) was so good at being the innocent face of this horrible curse. Not quite terrifying enough to scare people away, yet perfect to lure them into the house.

Sadness is everywhere and the curse feeds on it. The real estate agent in charge of selling the house, Peter (Jon Cho) and his wife Nina (Betty Gilpin) already have a burden to bear, the baby his wife is carrying has a debilitating genetic disease that leaves them with a terrible choice to make. After he leaves the Reyburn house though, the choice is taken out of his hands, as the curse comes with him. 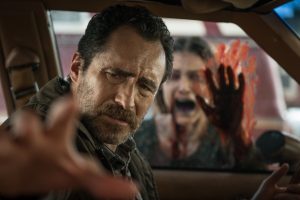 I loved the tragic story about the married couple of 50 years and the husband trying to take care of his dying spouse. William (Frankie Faison) loves his wife Faith, (Lin Shaye) yet wants to do the right thing and help her die in peace. He brings in Lorna Moody, a compassionate helper, (Jacki Weaver) to assist with that, but she needs to see that the wife has the same desire and is of right mind. Unfortunately, Faith is now friends with ghostly little Melinda, who only she can see, and is deemed to have dementia. This story gets turned around upside down and Lin Shaye gives one of her best performances to date! It is also my favorite SFX in the film! 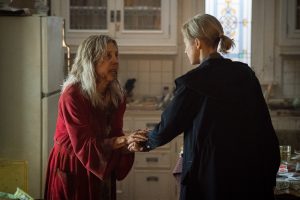 New in town is Detective Muldoon (Andrea Riseborough) who goes into the doomed 44 Reyburn Drive, despite the warning from her new partner (Demian Bechir) to stay away. The horrors he has seen outside the house, have kept him just far enough away to survive, yet has left him with nightmares for the rest of his life. She goes in anyway, only to find an unimaginable scene with Faith and William. Now she must deal with the curse and try to protect her only son. 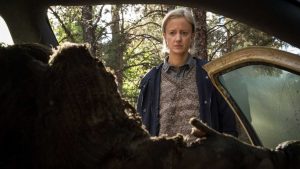 Some of my favorite scenes were seeing the madness that follows everyone who has been inside the house. Lorna’s haunting at the grocery store, and the mental break-down of Detective Wilson, (William Sadler) who is obsessed with the house and the Landers murders, were absolutely epic!

Though I’ve never really understood exactly what The Grudge is, why it is so pissed off, and when it began, I am fascinated by this supernatural and haunting tale. It was disquieting enough to put me on edge while watching it. And even though I knew there would be jump scares galore, I enjoyed them. The well-done gore factor was high enough for me to appreciate that too! Pesce is a master at creating a bleak journey into madness and despite the gurgly popping sounds the ghosts make, I was able to take it seriously enough to be scared for the characters right up until the end. 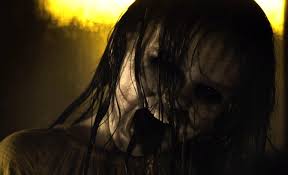 Stellar acting, great SFX and a ruthless ghost keep this story interesting, even when it gets to the edge of silly. Don’t expect a happy ending here, and you won’t be disappointed.

Enjoy this behind the scenes clip with cast members!

P.S. There are tons of cool easter eggs for horror fans – if you can’t find them all- Nicolas Pesce shares some on the Blu-ray extras.

THE GRUDGE ARRIVES ON DIGITAL MARCH 10, AND ON BLU-RAY™
AND DVD MARCH 24 FROM SONY PICTURES HOME ENTERTAINMENT

FILLED WITH TERRIFYING BONUS CONTENT INCLUDING THREE FEATURETTES,
AN ALTERNATE ENDING AND BONUS SCENES TOO FRIGHTENING FOR THEATERS,
THE GRUDGE (2020) IS A WORTHY ADDITION TO ANY HORROR FAN’S COLLECTION!