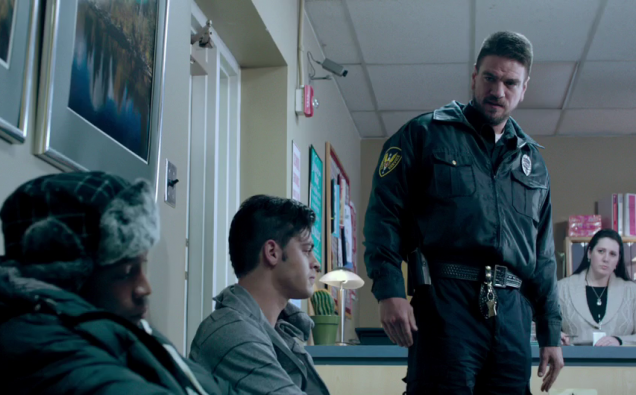 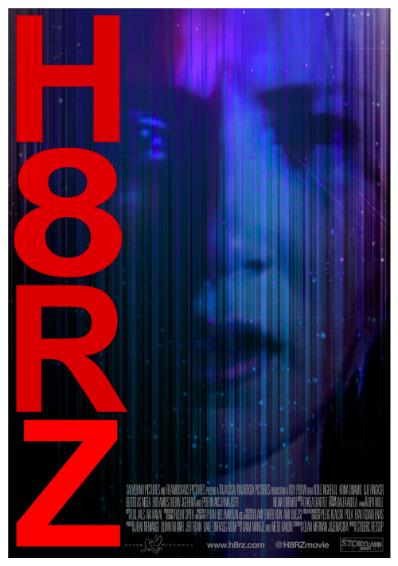 While browsing the new arrivals on Amazon Prime, I ran across H8RZ, which was indeed categorized as a horror film which peeked my interest. H8RZ has a small yet impressive cast and is originally marketed as a film about bullying. There are quite a few twists in the film, so I will try my best to keep my review still descriptive yet vague as possible.

H8RZ begins with a disturbing scene of a group of teens holed up in what looks like a Science classroom at night. Two boys talk to each other and one tries to save the other before an explosion.

The boy that made it out of the explosion is Alex, who lives in a foster home and is pretty invisible to his classmates other than being deemed a loser. Laura is called to investigate the incident and interview Alex in hopes of the school not being held liable to what happened.

As Alex’s story unravels we are met with a tale of deceit, lies, cheating, stealing and more that was all part of some unknown master-plan by some one they think they know from the school.

As the pieces to the puzzle are slowly pieced together, I was able to figure out the twist pretty early on, because to me, it was hidden in plain view. However, I still found the film to be an engaging and entertaining watch. The ending had a nice karma-like spin to it as well, that really makes you root for the main character.

The acting from the leads was above mediocre and Eliza Bennett played her role to a t. The story was still well-written despite a few obvious flaws and lingering questions. I think this movie will do well for a target audience of teens to young adults.

Overall, I’d give H8RS a 3/5 and found it to be a satisfying mystery-thriller.