Halloween 3: Season Of The Witch Has Not Aged Well

Full Disclosure: I am a huge fan of Halloween 3: Season of the Witch. I think it get’s a bad rap by being included in the Halloween series. If... 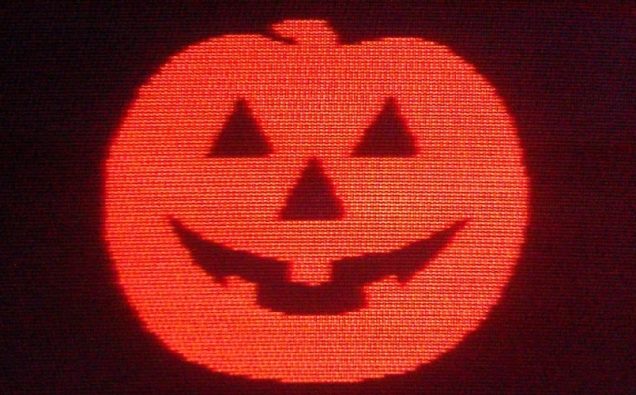 I’ve been thinking it for years, but this year after watching Halloween 3: Season Of The Witch, I felt I had to write about it. Halloween 3 has not aged well. And I’m not talking about how a lot of horror movies from the 80s haven’t aged well either. I mean if you take the actual plot for Halloween 3 and remade it today, it would be completely illogical. First I will give you a little plot outline of Halloween 3, since I’m sure some people haven’t seen it. Spoiler Alert, though it has been almost 40 years.

Silver Shamrock, a mass-producer of Halloween masks, plans to kill millions of people worldwide by placing pieces of a stolen boulder from Stonehenge into small tags that are attached to their Halloween masks. When children all over the world sit down to watch the Silver Shamrock advertisement, “the big giveaway at 9” terror and panic will spread as the tags on the masks will detonate.

Now that you have the Cliff’s Notes version of the plot, let us look at some of the problems that the film runs into in 2018:

1. This entire plot revolves around people “watching the big giveaway at 9”. Now the big giveaway was to be shown during a television airing of Halloween (1978) on all 3 channels. Yes, all THREE channels. CBS, NBC, and ABC were all showing the same movie that night. And guess what? If you didn’t want to watch Halloween, there was nothing else to watch. Think about the impossibilities of that now. There’s over 1000 channels now. There’s no way Silver Shamrock could get every since channel to play their giveaway at 9 o’ clock.

2.  This could also be an extension of #1. Even if you get every single channel to play the giveaway at 9, that doesn’t mean people will be watching at 9. With DVRs and other technology, plus the fact that they don’t exactly tell you much about what the giveaway entails, there will be a good chunk of people not watching live. Also coming back to that, what is the “big giveaway”? Now a days you’re going to have to give them more than that to get them to tune in.

3. A piece of Stonehenge is a critical piece to set off the devices. To do that, they steal one of the stones from Stonehenge. And not one of the tiny, broken off stones either. I’m talking about one of the large, column stones. The mastermind of the plot even remarks “we had a time getting it here”. And that’s in 1982. Image the hell of a time it would be in 2018 to get it there. Stonehenge is now a UNESCO World Heritage Site with 24 hour security and surveillance. If somehow they’re able to get the stone from Stonehenge, good luck getting it from England to California. You’re going to need an Importer/Exporter and have fun getting that thing through customs. I wonder what kind of duty would be on a piece of Stonehenge.

4. Silver Shamrock only sells 3 kinds of masks. A Jack-O-Lantern, a witch, and a skull.  Now this is still the early 80’s, so the norm for Halloween costumes was just some kind of outfit and then a plastic mask that just covered your face, held there by a string in the back. The Silver Shamrock masks were latex and covered your entire head. Definitely a higher end mask and obviously the masks everyone wanted that year. While in the film there are some kids trick or treating while not wearing a Silver Shamrock mask, there are at least 90% that are. That’s a pretty good ratio for what Silver Shamrock is trying to pull off. Today though? Not a chance. There’s no way that 90% of the kids today there are going to choose between 3 different masks and that’s it. Even if you update the number of different masks Silver Shamrock makes to a couple hundred, do they still corner the Halloween market at 90%. Nope. There’ probably hundreds of Halloween costume companies now. Plus everything is licensed characters now, a Jack-O-Lantern, a witch, and a skull just isn’t going to cut it anymore.

5. While the Silver Shamrock factory was loaded with security and a surveillance system that rivaled (if not greater than) a Las Vegas Casino in 1982. It was however limited, therefore allowing the protagonists to freely move around and investigate the factory without being spotted. The equivalent security today would have that factory more secure than Fort Knox. I don’t thing our heroes are going to be moving around the place as easily in 2018.

6. Now I always thought this was iffy even back for 1982. At the end of the movie the main character calls the television company and tries to convince them with his babbling about what is going to happen if the “big giveaway at 9” is able to play. He manages to get them to turn off 2 of the stations, but ultimately not the 3rd. But in 2018, do you think you could even get a hold of someone at the television station with the power to turn something off on 2 different channels? I think not. At best they will think it’s a Halloween prank. At worst, you might have someone trace the call, and you’ll be getting a knock on the door a few minutes later.

Now none of this was meant to discourage you from watching Halloween 3: Season Of The Witch, in fact, go watch it. Enjoy it. Remember, it’s nearly an impossibility that it ever gets remade, so this will be the only version of it you will ever see. On a personal note though, I would love for someone to give it a shot.

Just remember while watching it, you have to cut it some slack. While it’s already the redheaded stepchild of the Halloween series for most people, it’s just sad that father time has dealt it some pretty big body blows too.