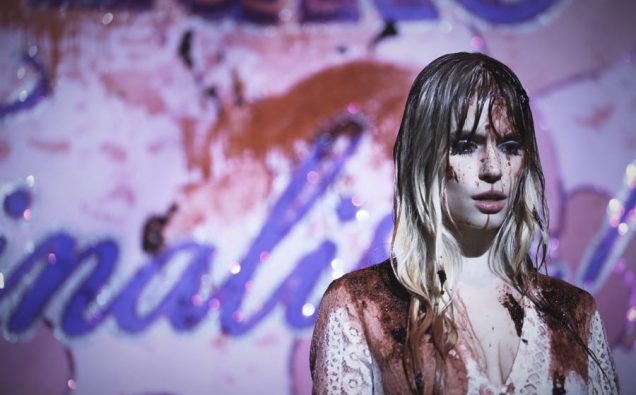 Emma wakes up from an awful nightmare of Kieran being murdered while the two were hooking up. Emma tries to escape her traumatic past by recording her dreams in a journal. Audrey is dealing with her own demons after she buries the bloody corkscrew the killer planted in her car but then wakes up to in her bed the next morning.

It’s Kieran’s birthday and Emma plans to have a low-key, romantic night with him but his cousin Eli hints that Kieran probably wants a big party instead. Wanting to make her boyfriend happy, Emma plans a surprise birthday party for him with the help of Brooke. Speaking of Brooke, she still is trying to figure out what’s going on with Jake. Audrey on the other hand keeps being harassed by the killer and begins to suspect Stavos. Aurdrey pulls the fire alarm and goes through Stavos’ iPad where she discovers weird drawings of Audrey and the rest of the Lakewood Six including one of a bloody Emma. Brooke’s father believes Jake is avoiding him and asks the sheriff to help find him.

While Emma is getting things ready for the party, Eli and her almost kiss. Emma immediately feels guilty and tries to play it off. Before the party starts, a large bottle of tequila straight from Mexico appears at the house with a card from Jake. Eli convinces everyone to take a shot right as Kieran walks in to celebrate.

With the party in full swing, Kieran walks in surprised and everyone takes a shot. Kieran admits to Emma that he didn’t really want a big party and Emma feels tricked by Eli. When Audrey finds out the tequila is from Jake (whom she knows is dead), she knows something bad is about to happen. All the partygoers fall sick and start to vomit everywhere.

Stavos suspiciously chimes in and suggests that the bottle of tequila had ayahuasca, in it that makes users sick and hallucinate. Everyone starts to trip out, with Audrey seeing her dead ex-girlfriend and mistakingly makes out with Noah. Although Noah came to the party as a date with Zoe, Zoe seems to not mind and actually joins in. Brooke suffers a very bad trip and Stavos tries to calm her down but all she can see and hear is Jake. After getting Kieran to bed, Emma wanders off into the woods where she sees odd pictures of herself and her parents talking in the past. Emma then sees the killer in the Brandon James mask and believes it’s just the drugs until she is almost stabbed by him. 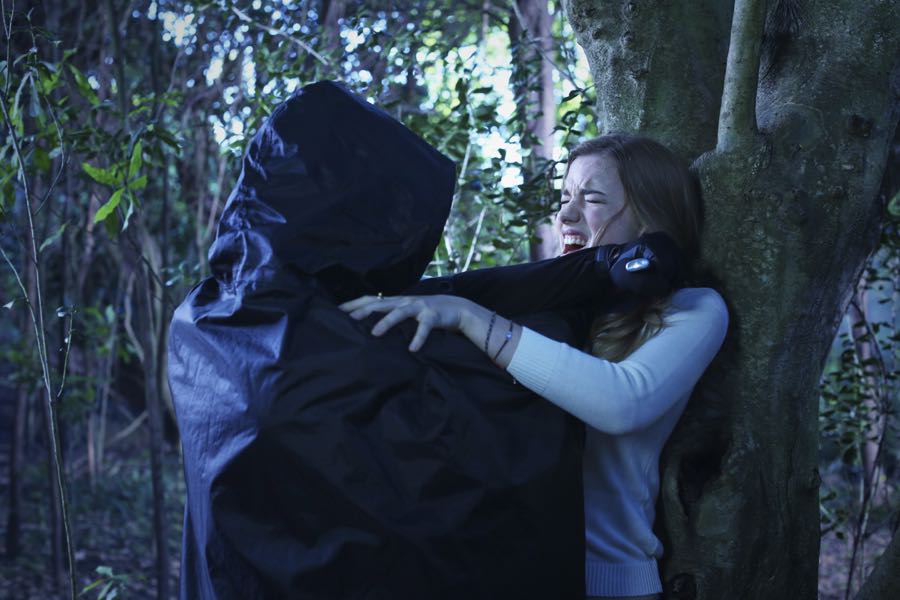 Emma runs for her life when she stumbles into her dad who tells her her friends said she went into the woods. Emma’s father doesn’t believe her about the killer and takes her back to the party and calls the police.

The police seem to not believe Emma saw anything and same with her friends except for Audrey. Emma’s father tells her he is going to go get help and will come back when he is better (I’m assuming for drinking?) Audrey accuses Stavos of having something to do with what happened and tells everyone of his obsessive drawings. The sheriff soon realizes Jake is missing when he can’t seem to locate any trace of him and finds out a Brandon James’ mask on his son’s desk. 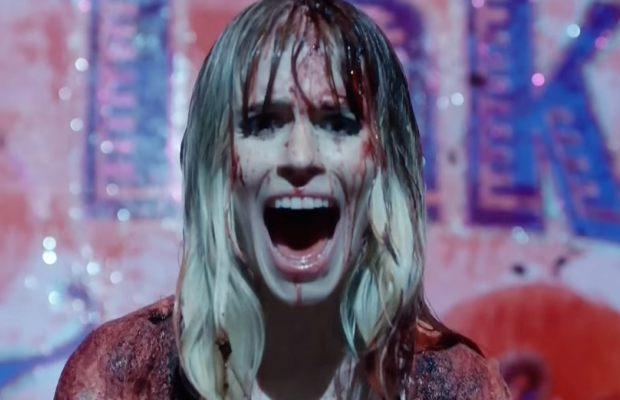 At school the next day, Zoe turns down Noah’s proposal of another date saying she thinks he has a thing for his gay best friend, Audrey. Brooke has made it as a finalist in the Lakewood beauty pageant and goes onstage at a school assembly to accept her place. Suddenly, a banner drops down from above and blood soaks Brooke (a special homage to Carrie.) However, the blood is in no bucket as Jake’s body than falls down in front of her.

Phew, what an ending! I was wondering when Jake’s body was going to be public. I’m still suspecting Noah may be the killer but now I’m not so sure about Eli or Stavos. I think Stavos may just be a red herring since it seems all to convenient for him to be the killer.

It looks like things may be hitting the fan next week as the Lakewood Six or now, Five are dealing with Jake’s death and a new killer reeking havoc on their already devastated town.