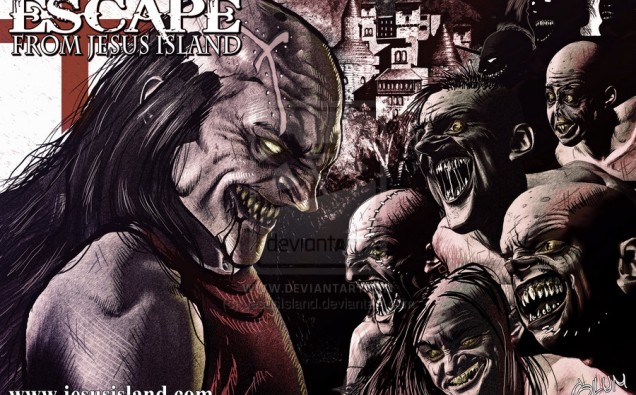 Escape from Jesus Island is a indie horror comic written by Shawn French and drawn by Mortimer Glum. If you’ve been living under a rock, think Jurassic Park. But instead of dinosaurs, There are mutant, cannibalistic clones of Jesus running around, led by the diabolical Yeshua, Jesus’s evil twin. With issue 3 just around the corner, we are finally being given a look at the new covers!

Fans of the religious horror comic book series, “Escape From Jesus Island,” received a special Easter treat with the release of Mortimer Glum’s main cover art for Episode 3, due out in May.

The series, launched via Kickstarter and endorsed by horror legend Clive Barker, tells the tale of an ill-fated attempt to clone Jesus that unleashes the Antichrist and sets into motion the End Times.

“Easter seemed like the perfect time to unveil our main cover for EFJI#3,” said series writer Shawn French. “As with previous issues, we’ll also have a few limited-edition variant covers. Details are coming soon on those.”

13-year-old Pennsylvanian Aidan Dollak joins a half-dozen fans and Kickstarter backers who will appear as mutants in the coming issue. “Including our most passionate fans in the story was a big part of the plan from the start,” French said. “It’s important to us that the people who helped us get here are properly immortalized in our pages… generally by being torn apart in horrible fashion.”

The comic is currently being adapted into a video game by veteran designer Eric Pavone (“Deus Ex: Human Revolution,” “Army of Two,” “Spider-Man 2: The Movie”). The old-school dungeon crawler will be released on Windows and serves as a prequel to the comics, allowing players to control a teenage Antichrist and three custom-made mutant freaks on a quest to conquer Malsum Island and release the clones.

Episode 3 synopsis: Finding themselves stranded on Malsum Island after their chopper went down, the Vatican Black Ops must fend off the Antichrist’s mutant horde while trying to find and steal the Son of God.

Without further ado, take a look at these beauts! 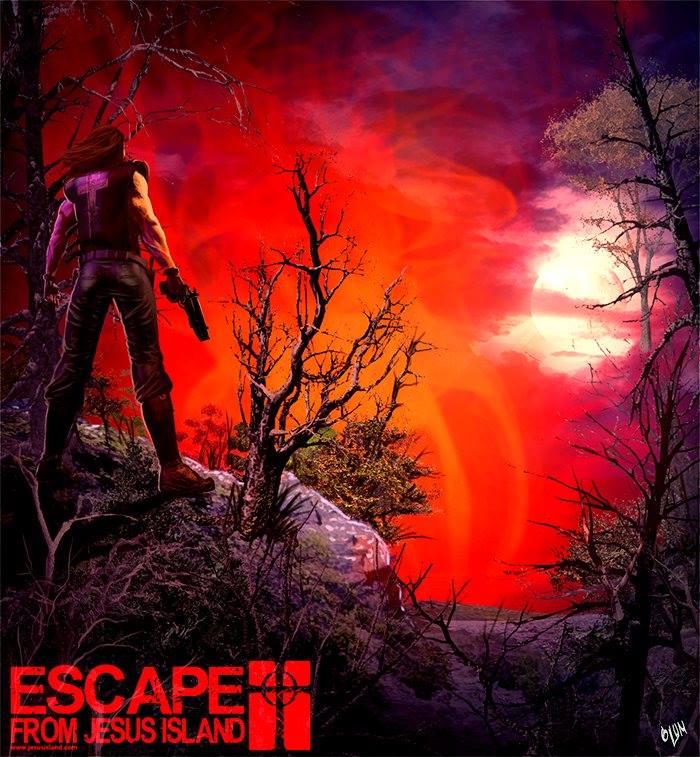 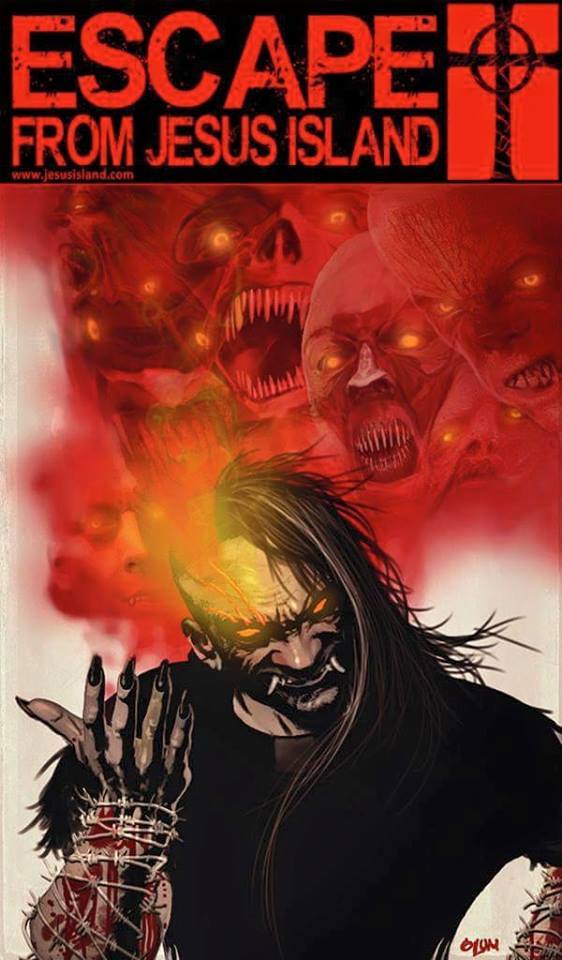 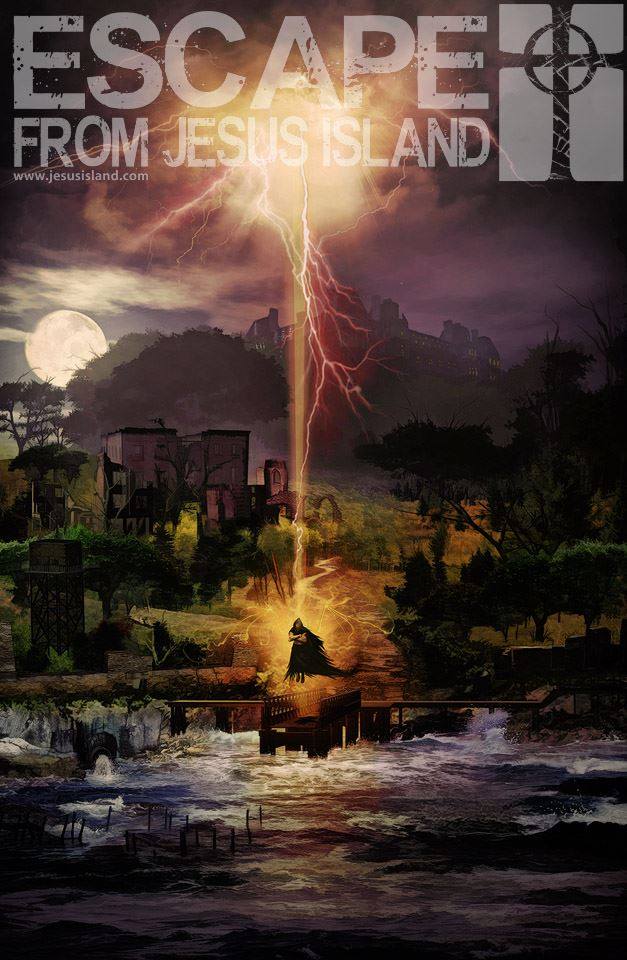 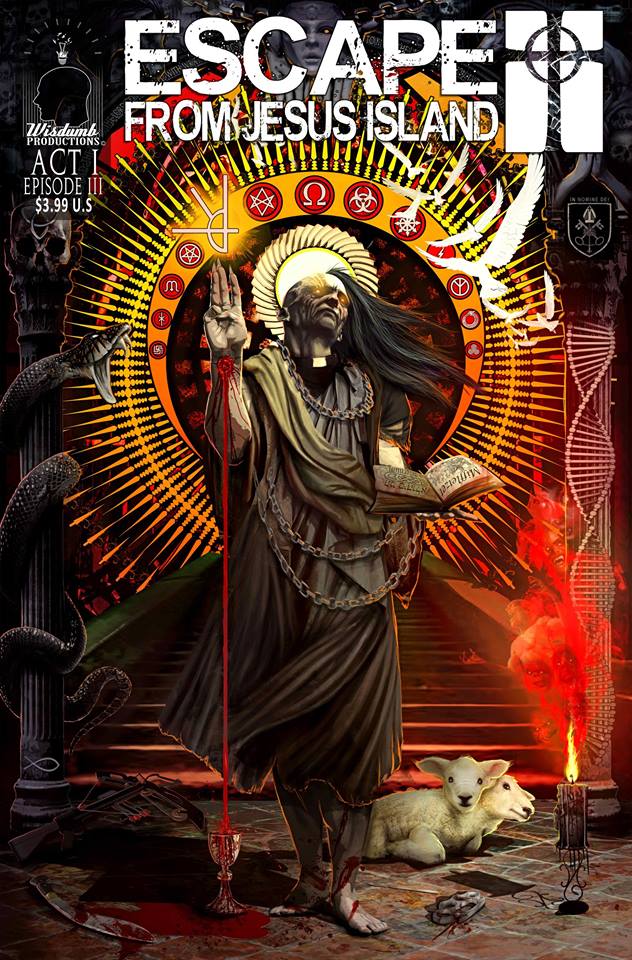 For more information, check out www.JesusIsland.com.