Harbinger Down: What the 2011 “The Thing” could have been

They have a point to make and they say it loud and clear. 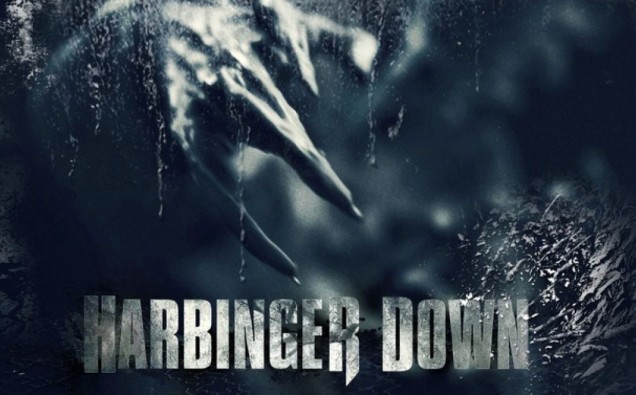 Remember that remake/reboot/prequel/thingy “The Thing” from 2011? You know, the spitting image of “I guess that movie was ok”? Well, did you know it wasn’t originally going to be the CGI bloated creature that we all ended up seeing and promptly forgetting? Yeah, originally, Amalgamated Dynamics was hired to do all of the effects using entirely practical techniques, only for all of their work to be replaced by CGI before the final cut. Well, they didn’t take that lying down. No, they did a crowdfunding campaign for their own film, successfully raised the funds, and created Harbinger Down.

With this backstory in mind, it should be no surprise really that Harbinger Down features a relatively similar plot to The Thing. From IMDB:

A group of grad students have booked passage on the fishing trawler Harbinger to study the effects of global warming on a pod of Orcas in the Bering Sea. When the ship’s crew dredges up a recently thawed piece of old Soviet space wreckage, things get downright deadly. It seems that the Russians experimented with tardigrades, tiny resilient animals able to withstand the extremes of space radiation. The creatures survived, but not without mutation. Now the crew is exposed to aggressively mutating organisms. And after being locked in ice for 3 decades, the creatures aren’t about to give up the warmth of human companionship.

So, what we have here is a movie involving people in a cold climate trying to survive an encounter with an alien creature that infects them one-by-one. The similarities are obvious. But I don’t see this as unoriginality. I think, with the background in mind, they deliberately created a similar film to showcase their effects that they had created for “The Thing”, to show their work, to show pride in practical effects, to show audiences what could have been.

Instead of then considering the plot a drawback, I instead hold this film and the 2011 “The Thing” side-by-side and come to the conclusion that this is the superior project. These people had a point to make and they made it loud and clear. “This is what you threw away when you let a computer replace our work”.

How good are the effects? Well, I would rank them better than those in the original “The Thing” by John Carpenter and that film is the one I previously held as the benchmark for practical techniques. The fx in Harbinger Down outdid Carpenter’s in both quantity and sheer magnitude. There are animatronics in this film on scale with the graboid animatronics from Tremors but with far more moving parts it would seem. Overall, I could not be more impressed.

Being that the fx were essentially the point of this production, I could be satisfied with just that. But I would be remiss if I did not point out the solid story telling, eerie scenes, and competent acting (always a treat to see Lance at work).

Want to see what could have been? See Harbinger Down!

The film will be on VOD and limited theaters in the US on August 7, with a DVD release September 1st.