That concludes the month of January. 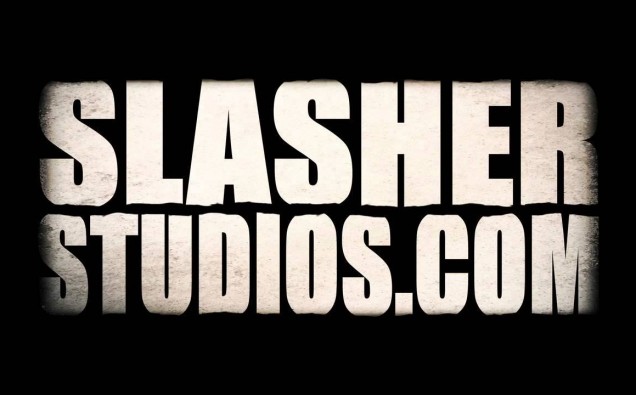 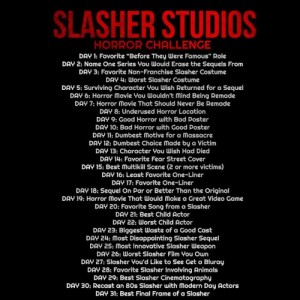 For the month of January, Slasher Studios decided to coordinate a fun horror challenge, where horror fans from all over social media posted their picks that matched the particular descriptions for each day of the month. Being the horror fan I am, I decided to take part in the challenge; however, rather than posting my picks on my Instagram, I decided I’d bring them to TheBlood-shed.

1. Favorite “Before They Were Famous” Role: Jason Alexander in The Burning. When watching this film, it’s not hard to see how he went on to be a star. 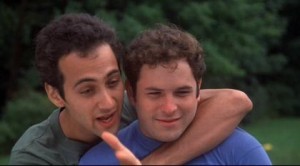 2. One Series You’d Erase the Sequels From: Silent Night, Deadly Night. I don’t particularly hate Part 5, but for the most part, all these sequels are very dumb and pointless. 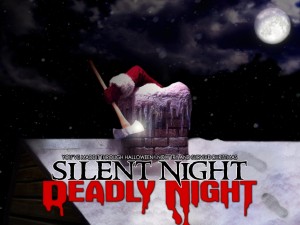 3. Favorite Non-Franchise Slasher Costume: Girl’s Nite Out. Does this really even need an explanation?! This killer is scary as hell – not just because of his creepy voice, but more-so in terms of that creepy disguise. 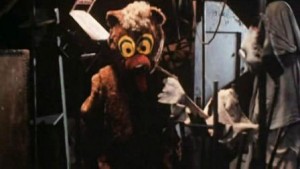 4. Worst Slasher Costume: Jason X. This was just horrible. Jason in space is bad enough by itself, but when you give him a dumb mask like that, it’s pretty insulting to the audience’s intelligence. 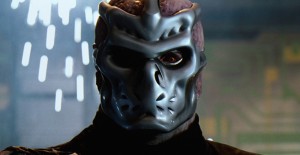 5. Surviving Character You Wish Returned for a Sequel: Ginny Field from Friday the 13th: Part 2. As far as I know, many believe her to be one of the most epic scream queens for this appearance alone, and I don’t know why she never returned to the series. 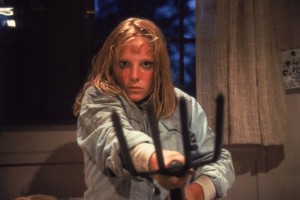 6. Horror Movie You Wouldn’t Mind Being Remade: Silent Madness. A remake is the only thing that could bring some more light to this unknown gem that features Katherine Kamhi and Robert DeAngelo, of Sleepaway Camp fame. 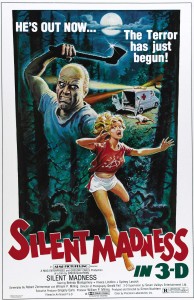 7. Horror Movie That Should Never Be Remade: Offerings. This film already borrowed a lot from other films, so there would really be no point. Plus, a modern-day remake of this would probably be complete ass. 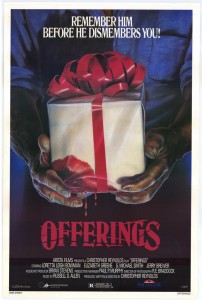 8. Underused Horror Location: Abandoned buildings, as seen in Saw and Boo. These always make for a fun main location, but I can’t think of too many films that they’re utilized in. 9. Good Horror With Bad Poster: Slaughter High. I never really liked that poster. I remember seeing it in the horror section at the video store when I was very young, and it never really caught my attention at all. It wasn’t until about eighth grade that I discovered that this film contains a killer in a jester mask – why didn’t they put the jester mask on the poster?! Seems like a missed opportunity as far as marketing goes. 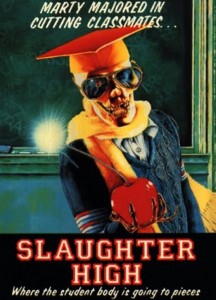 10. Bad Horror with Good Poster: Lost After Dark. I could think of many, many films that fit the bill for this, but I recently saw this film and my expectations were pretty high. This film didn’t really deliver anything we haven’t seen before, and quite frankly, was kinda boring. 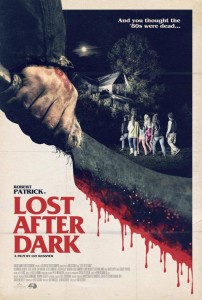 11. Dumbest Motive for a Massacre: Valentine. This just seemed like it could have been thought out slightly better. 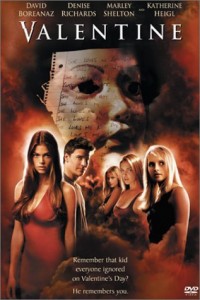 12. Dumbest Choice Made By a Victim: Greta from The Boy. Just leave the damn house. And if you’re gonna stay, don’t let any creepy stalkers join you. 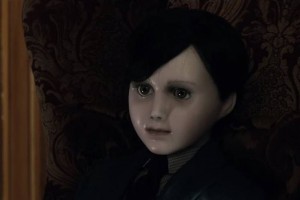 13. Character You Wish Had Died: Mother Superior, from Silent Night, Deadly Night. I know she eventually got hers, but it would have been perfect to kill her off at the end of the first one. 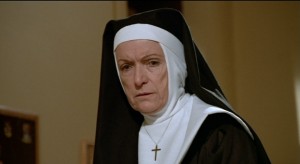 14. Favorite Fear Street Cover: The New Evil. The Fear Street covers are all pretty amazing, but this one is just so beautiful in so many ways. I still need to read this at some point. 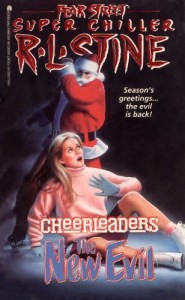 15. Best Multi-kill Scene: The opening scene of Blood Reaper. This set the tone perfectly for this downright goofy, horribly made slasher. Brinke Stevens is awesome. 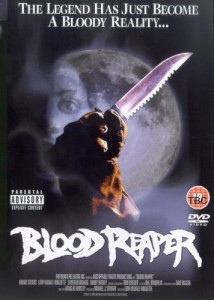 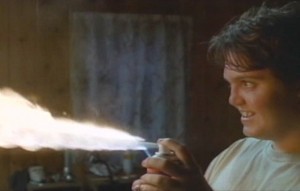 17. Favorite One-Liner: “My life” from Scream. Predictable, but effective.

18. Sequel on Par or Better Than the Original: Saw 2. I may be in the minority but I’ve always been a fan of the Saw series, and this was the sequel that paved the way for all the rest (even though they certainly diminished in quality over time). I probably wouldn’t go so far as to say this is better than the original, but many would say it’s on par.

19. Horror Movie That Would Make a Great Video Game: Killer Klowns From Outer Space. Imagine an adventure or platform-style game of this! I’m not much of a gamer, but I could easily see myself being addicted to a game like this. 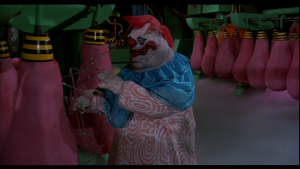 20. Favorite Song From a Slasher: “Bite The Hand That Bleeds,” from Fear Factory. Their latest song “Regenrate” is also pretty good. If you’re a fan of hard rock and haven’t really listened to them before, you should definitely check them out. 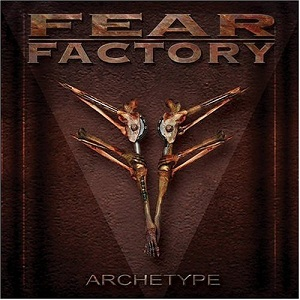 21. Best Child Actor: Alex Vincent of Child’s Play. Many would have to agree, he played his role to perfection. 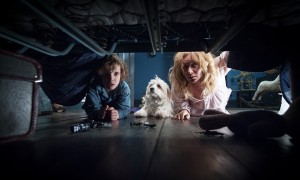 23. Biggest Waste of a Good Cast: Black Christmas (2006). This film wasn’t great (to say the least), despite having a solid cast. 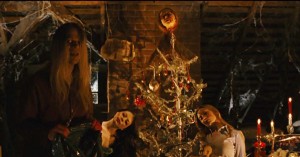 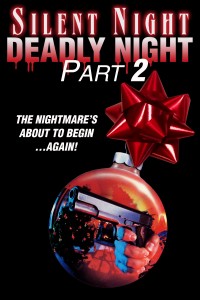 25. Most Innovative Slasher Weapon: Garden shears from The Burning. I can’t think of any other movie that has put these to use. 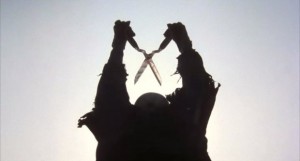 26. Worst Slasher Film You Own: Ax ‘Em. It doesn’t get any worse than this. 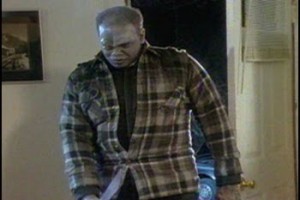 27. Slasher You’d Like to See Get the Blu-Ray Treatment: The Night Brings Charlie. I really want to see this, but after years and years of never even receiving the DVD treatment, it’s started to seem increasingly unlikely. Here’s to hoping someone gives this film a solid release at some point. 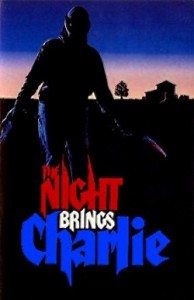 28. Favorite Slasher Involving Animals: Grizzly Park. Many don’t like this film, but I certainly thought it made for a fun and entertaining watch. Actor Randy Wayne is a personal favorite of mine. 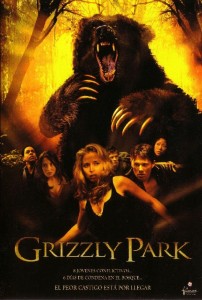 29. Best Slasher Cinematography: Return to Sleepaway Camp. Say what you will about the film itself, but to have been shot in 2003, this film somehow managed to look straight out of the 80’s. The night time sequences look especially wonderful. 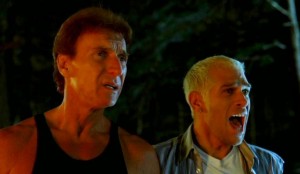 30. Recast an 80’s Slasher With Modern Day Actors: Clownhouse, with Griffin Kane, Nicholas Patten, and Baker Chase as the three brothers and with Jack Norman, Shane Beasley, and Joe Foley as the three clowns. Someone make this happen. 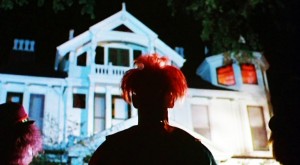 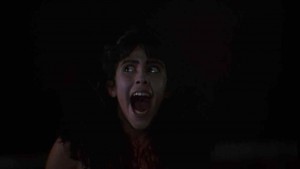 What are your thoughts on these choices? Are my picks on point or am I absolutely crazy? Let me know in the comments!