Does the Buffalo, NY haunted house attraction live up to its name? 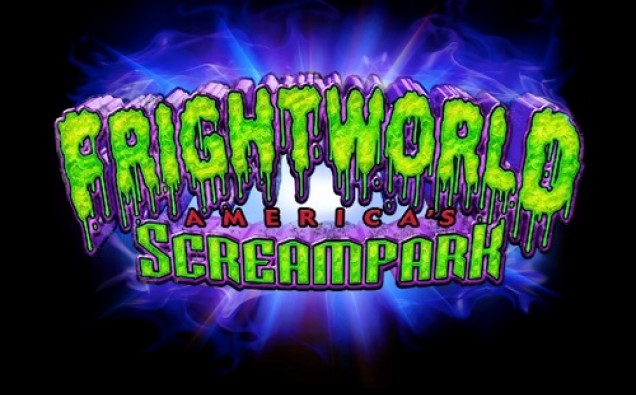 Ah, Halloween is finally right around the corner once more. One of the staples of the season? You know, besides killing a drifter and making his corpse into a neato Halloween decoration? Haunted houses. Yes, those macabre theme attractions that range from the creepy guy on the corner decorating the inside of his house and letting kids walk through all the way to A+ public parks with elaborate sets, paid actors, and oh-so-many jump scares.

Out here in Buffalo, Ny the Halloween season officially began this past weekend with the opening of Frightworld America’s Screampark for the 2015 season. I went there my lovely fiance to see how it measures up. 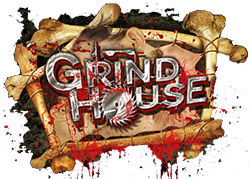 Grindhouse is themed after the whole “inbred-redneck-cannibal” image, being very reminiscent of Texas Chainsaw Massacre. Having lived in Maine for a decade, I found it to be rather nostalgic.

The attraction was entertaining. There were varied actors, ranging from a hillbilly toting a sledgehammer, a creepy girl wearing a porcelain doll mask, even a Leatherface-lite. The rooms were varied and well made with gruesome props aplenty. The only drawback for me was that it seemed to end very abruptly, which is a shame because I was really beginning to enjoy myself.

I give Grindhouse 3 out of 5. It did what was intended. It just didn’t exceed my expectations. Of note, however, it was the only attraction to successfully startle my fiance with one of the jump scares. 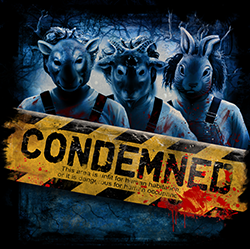 Condemned honestly had the best atmosphere to me. It is themed as a rundown bayou with feral children. Some parts of it are open air and with all the fog in the building making it impossible to see the ceiling or very far away, the illusion of actually being outside in a swamp was very convincing.

The performers provided a varied range of portrayals, from aggressive to timid. And the different environments, ranging from the interior of this swamphouse, to the exterior in the bayou proper, to a cornfield, provided a differing atmosphere that remained fresh throughout.

This was my 2nd favorite of the regular houses. I give it a 4 out of 5. It really was a treat and I wanted to go back through again. Truly an atmospheric experience. And… is that a chainsaw starting up? 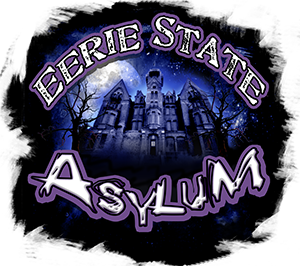 Eerie State Asylum is, you guessed it, themed after a mental institute. And… honestly it was the only attraction I really did not enjoy. Granted this may be because I set my expectations too high, for hanging outside of this attraction was a banner reading something along the lines of “Voted Best Horror Maze 2013”. Got kinda excited after reading that.

Well, it was well constructed and the actors did a well enough job. But the layout just seemed… lazy. I meandered down a single hallway, zigzagging through siderooms. And they were elaborately decorated to be sure, but I felt like I was just going for a leisurely stroll. We finally got to the much hyped maze portion and my spirits lifted… briefly. Though this part was very cool, with flashing lights and hanging bits of bloody fabric making it truly a task to navigate the chainlink walls, it ended very quickly and did not satisfy. 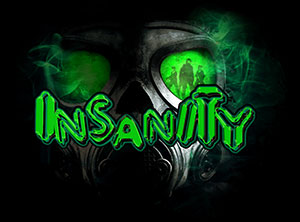 And now for my favorite attraction: Insanity. Now this was an amazing horror maze! A real challenge to get through!

After a short way in, you come to a interestingly designed tunnel that I will only say is… well, if you are claustrophobic, you are not going to have a good time. And once you are through this tunnel… the maze!

Holy hell, if you have epilepsy, avoid this barrage to the senses at all cost. Chainlink fence maze in thick fog with literally blinding strobe lights and pounding music. All while being jeered and lunged at by the actors in creepy garb and makeup. It had to have taken me a good 15-20 minutes to get through the maze portion alone. A truly disorienting experience that was masterfully assembled.

I pity the actors trying to find their way out if they have to use the restroom. 5 out of 5! 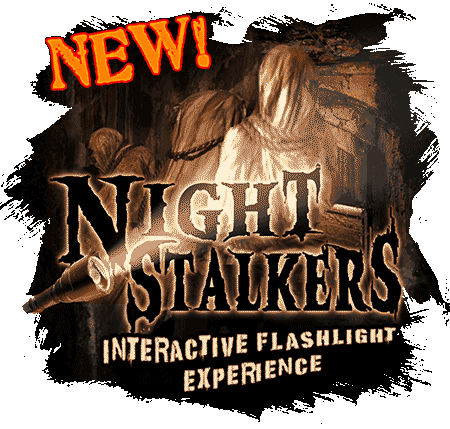 Now, this one was interesting. Night Stalkers, an “interactive flashlight experience”. This attraction is new as of this year and it’s a bit different. You do not simply walk through the house, you are first given a flashlight. And they control it. That means that as you walk through this dark building with the flashlight as your only illumination at times, it will sometimes randomly turn off when the operator (hidden somewhere and observing you through some means, I am sure) hits the switch. It’s a very interesting concept.

The house itself had some interesting features to it and a diverse cast of characters. Those burlap wrapped figures in the image, for example, are very fun. I will note, and then instantly forgive, the rough looking nature of some of the house as far as prop construction goes. The exterior, for example, looked very fake, on par with a set from a stageplay. However, as I noted, this is the first year that they have done this attraction, so they get some leeway while they refine it.

All-in-all, it’s a very creative concept. I look forward to seeing it fine tuned in years to come. 4 out of 5.

Did the park live up to its boasts? Well, I would say, yes. Frightworld America’s Screampark was a blast! I deeply enjoyed myself and look forward to making a yearly tradition of coming back. Overall, 4 out of 5

If you are in the western New York region and want to visit this haunted attraction, it is located at 800 Young St, Tonawanda, NY 14150. For tickets and info, go to their website at frightworld.com/