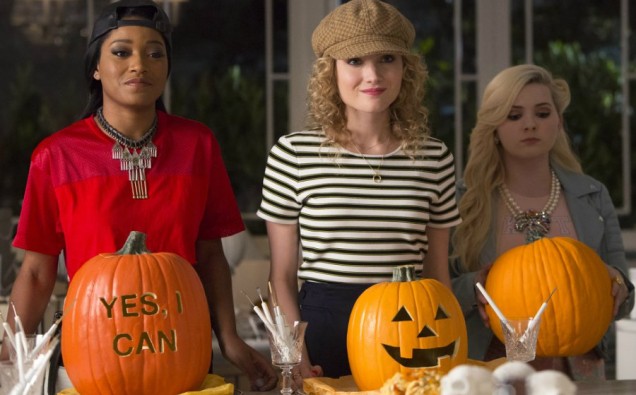 ‘Haunted House’ starts off with the self-centered Chanel, surprising her crazed fans with gruesome Halloween gifts like a severed-leg and the-like, much to the tone of the famed Taylor Swift Christmas videos. 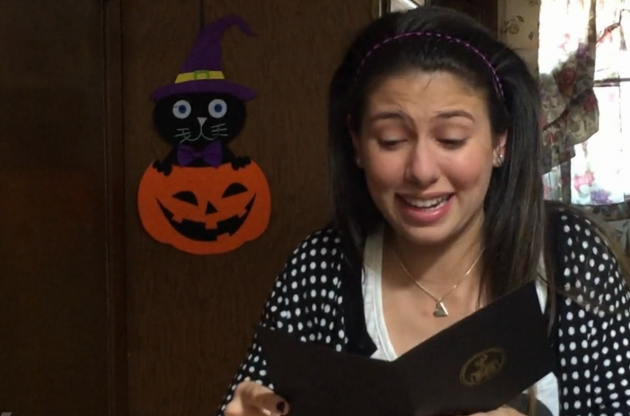 Grace and her good ol’ pal Pete continue their investigation into the past of Kappa house by taking a stroll to one of the old sorority members trailer. The lady ends up being a bit koo-koo with pet squirrels and such that was serving some baked Armadillo for lunch.

Zayday formally announces her plans to run for president of Kappa house, much to Chanel’s dismay. Chanel scowls and tells Zayday that if she were to murder some one, it would be her. Zayday also explains she will be running a fundraiser to help her campaign via a haunted house.

The red devils make an appearance at the ex-sorority member’s trailer where he takes her life in a rather creepy scene, by knocking at her door and taunting her before going in for the kill.

Grace decides to confront her father about the baby in the bathtub with speculations that she may be the baby herself. However, Grace’s father reassures her that he watched her come out of her mother. Whether or not Grace believes her father is unknown but she seems to take his answer for now. 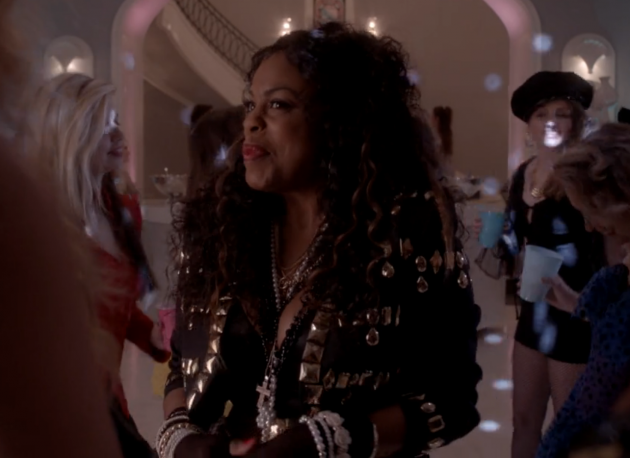 At the haunted house, Denise once again goes after Zayday about her being the killer. However, this time, Zayday fires back with some information she has learned herself– that Zayday tried to be a Kappa pledge back in her day, but wasn’t allowed because she was black. 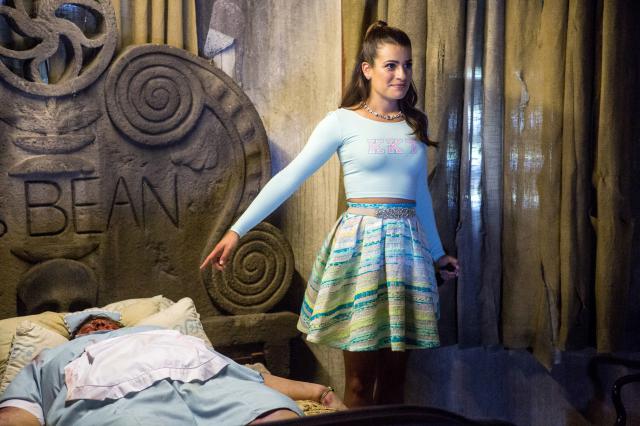 Chad and Hester decide that since they both have a love for cemeteries that they should go hook up in Zayday’s haunted house. When the couple arrives, they are in for quite a surprise and they discover multiple bodies of friends and others that have been killed earlier in the season. They make their escape and try to warn others to stay away from the house, which in turn, makes everyone want to go see for themselves. 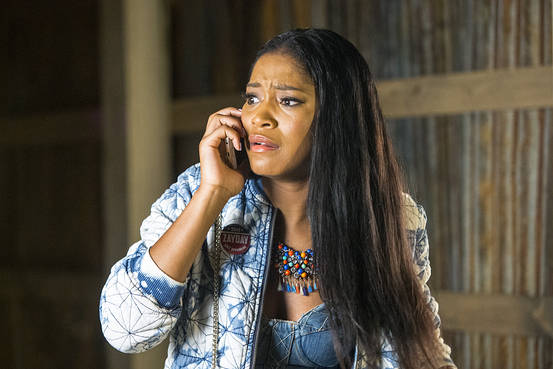 Zayday tries calling 911 when she realizes the bodies are real and not what she had set up, but much to her dismay, the dispatcher thinks it’s a joke. However, the police end up coming later anyway, but too late. Zayday ends up being kidnapped by one of the red devils and her fate is unknown.

Grace and Wes end up finding out that the haunted house belonged to the person that raised the orphaned Kappa baby and that the person may very well be Gigi.

This episode was an interesting one and had a few scares thrown in there. While it wasn’t the best episode of the series thus far, it still was okay in my book. Stay tuned to the Shed for more recaps as they come about!