"People look so strange when they're dead." 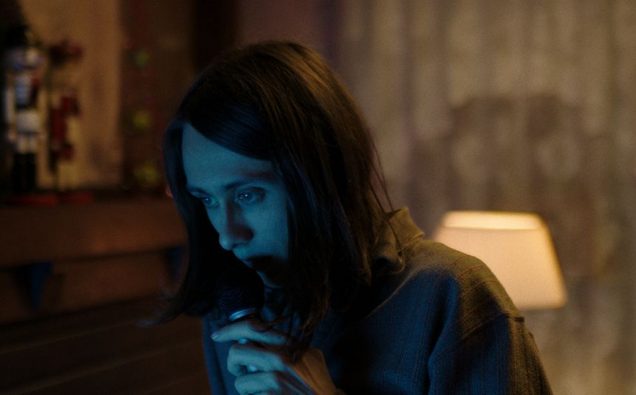 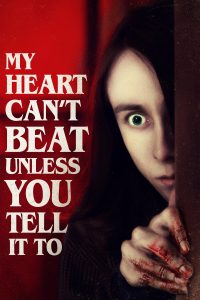 Writer and director Jonathan Cuartas takes a somber look at what a seemingly cursed family is willing to do to protect one of their own, even at the expense of their very souls. This heartbreaking, slow-burn horror, is haunting and bleak, but so worth watching. Every actor involved was perfect, and I was glued to the screen wondering, how can this family’s life get any worse?

My Heart Can’t Beat Unless You Tell It To can be looked at as simply a vampire film, but that would be doing it a grave injustice. By using vampirism as a metaphor, Cuartas examines what issues like addiction, abuse, mental illness or even a debilitating disease can do to take a toll on a family, leaving them broken and dysfunctional. 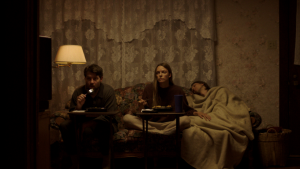 We aren’t shown how siblings Dwight, (Patrick Fugit) Jessie, (Ingrid Sophie Schram) and Thomas (Owen Campbell) come to be living alone. We are also not privy to the whys of Thomas’s disease, one that leaves him a weak, sickly monster. All we know is that Jessie and Dwight have devoted themselves to take care of Thomas’s vampiric needs, even if that means killing innocent people, so he can drink their blood. 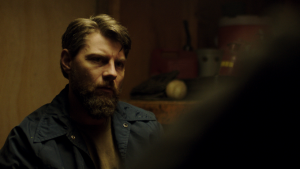 The film starts with Dwight stalking a homeless man, promising him food and shelter, only to take him home for sister Jessie to exsanguinate. From that brutal scene, we follow Jessie as she takes a bowl of that blood to her frail and feeble younger brother who can barely lift his head to the meal. Thomas is almost bedridden, and that has trapped this dysfunctional family into a deadly cycle of murder just to keep their brother alive, or in whatever state this is. 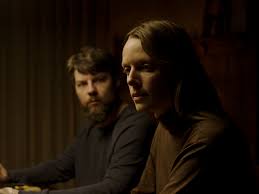 Much like any person taking care of a terminally ill relative who requires constant care, we see the love they once felt become overpowered by the resentment of what they must do and the fact that they can never have a normal life. 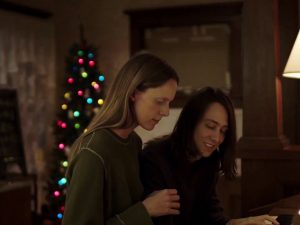 Their life together is awkward and strained. Thomas is a young adult but is more like a child in his behavior. Jessie home schools him, they have Christmas once a month, and they have every window covered so the sunlight can’t get in. He is never allowed outside and has no friends.

Owen Campbell was fantastic in this role.

He played the sad, creepy walking corpse much like an abused person who has been kidnapped and kept in a cell for years. He has all the symptoms of vampirism: he drinks blood, is allergic to sunlight, and will burn if the smallest bit of sunshine hits his body. His siblings are almost as dead (or undead) as he is and blindly go through the motions of getting regular feedings for their little brother. Jessie is the one that finds it easier to kill to keep her family together, even though it’s impossible to miss the anger seething under the surface. When a customer at her waitressing job tells her to smile, the look on her face is terrifying! Dwight on the other hand is desperately unhappy, uncomfortable with the killing, and has fantasies of running away from it all. 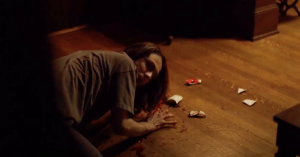 Because the acting is so stellar, we can easily see that just below the surface, the tension is building, and someone is going to come unraveled. But what sibling will it be? Dwight is understandably miserable, their actions weigh heavily on his conscience, and so is Jessie. But she is the practical one, the enabler, doing what she must to keep them all together. Thomas is like a small vulnerable child, who when realizing there is a bigger world outside of their house, starts to pout and rebel. He resents being totally dependent on his siblings, and his loneliness pushes him to reach out to kids outside and causes the precarious situation they live in, to spiral out of control. 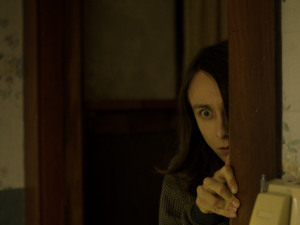 The practical SFX were as brutal and bloody as you would expect, but it was all done for a reason. The muddy beige color palette, and drab clothes further the feeling of helplessness and isolation. It’s as if everything that has color has been sucked out of their lives, leaving them with this dreary colorless world.

The bottom line for why this film works so well is the incredibly powerful performances. Patrick Fugit is the standout for me, but not by much. Watching him be crushed in front of our eyes from the pressure of being forced to kill was simply amazing. But they were all beautifully written and superbly acted characters! This is a complex family, and the emotions ran very high. 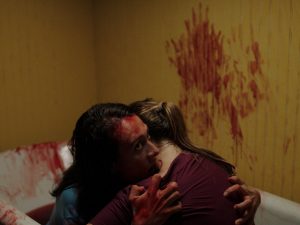 If you are a fan of films like Let The Right One In or Only Lovers Left Alive you must see this film!

Artful, melancholy, and poignant, with a timeless aesthetic, My Heart Can’t Beat Until You Tell It To is destined to become a classic. Part family drama, part horror film, this story of codependent siblings, torn apart by a deadly addiction broke my heart and left me breathless. Much like viewing a car accident, it’s a sad, depressing scenario, but I couldn’t help wanting more.

My Heart Can’t Beat Unless You Tell It To will be available on Digital Download June 285h, 2021