Helloween: The Michael vs Pinhead movie that almost happened 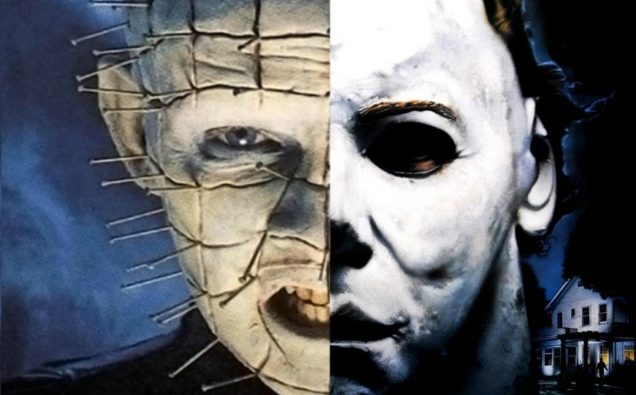 When Freddy vs Jason came out in 2003, it was quite the feat. It was a film that had been in production in one form or another for roughly 20 years. There’s a term for that: development hell. Not a lot of films that get stuck like that make it to the finish line. FvJ did. And it made bank.

Not a lot of people are aware, but some other studios at the time saw that success and looked to cash in on it. One of these studios was Dimension. At the time of Freddy vs Jason, both of the iconic characters were owned by New Line. Dimension at the time owned two of their own icons, Michael Myers and Pinhead, and began brainstorming a way to make a crossover film happen.

The proposed film had a working title of Helloween (get it?) and was in the planning stages. Rumors abound, but the film would supposedly make the revelation that the reason Michael Myers is an unstoppable killing machine is because he is possessed by a rogue cenobite named Samhain (remember that name on the black board in Halloween 2?). Which is… well, odd. But the other rumor is that Clive Barker would write the script and John Carpenter would direct and that would have been amazing to see. Now, though, John Carpenter has come forward as one of the people behind the new Halloween movie and stated that he loathes Friday the 13th and think that Michael is scary without an origin, so that statement casts some doubt on the authenticity of him ever being interested in directing a film like Helloween.

So, what happened to the movie? Well, Dimension left it up to the fans. A poll appeared on their website asking people if they wanted to see such a film. The consensus was a resounding “no”. And so the movie was scrapped before it even got going. And thus the story of Michael vs Pinhead ends.

Does this sound like a movie you would have liked to see? Sound off in the comments!