Do I detect a legal theme? 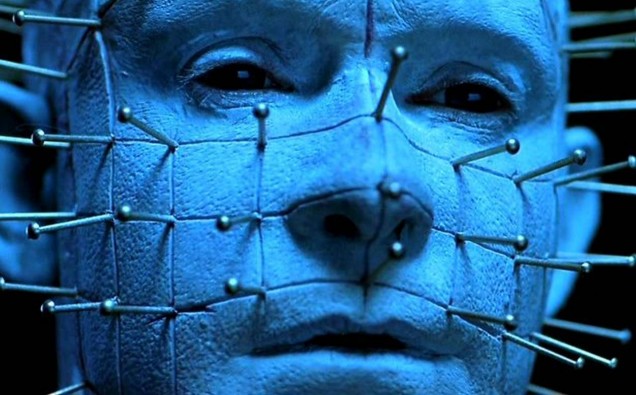 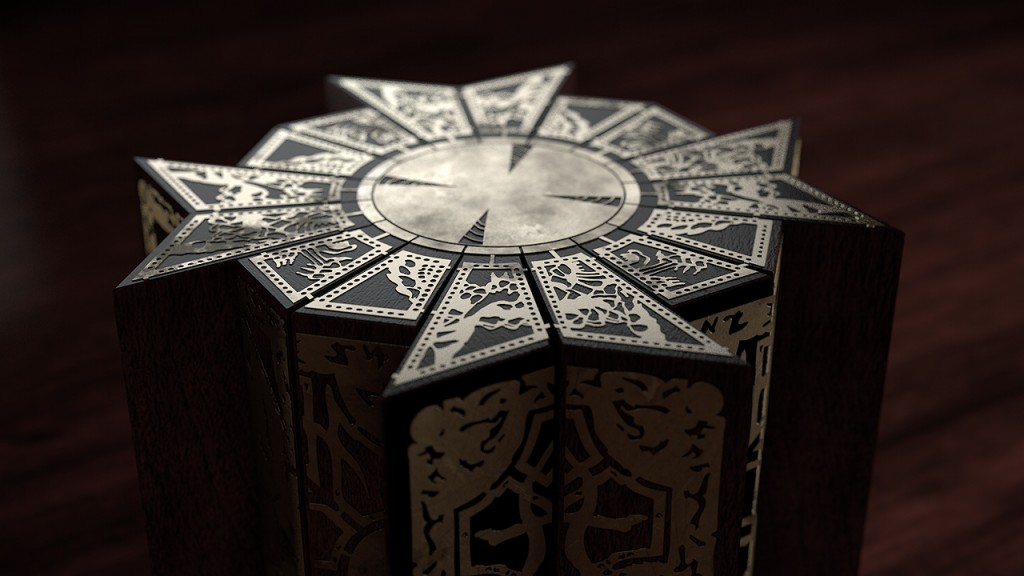 Last week’s news about an impending HELLRAISER sequel was both exciting and disappointing.  Yes, HELLRAISER: JUDGMENT is real; yes, the film is currently shooting in Oklahoma; yes, Scream Queen Heather Langenkamp (Nancy from the NIGHTMARE ON ELM STREET Franchise) has a role.  No, this is not the long-gestating HELLRAISER Reboot we’ve been hearing about for years; no, Clive Barker is not writing or directing; no, Doug Bradley will not be returning to reprise his iconic role as the Lead Cenobite, aka Pinhead.

Besides the facts above, not much else was known about HELLRAISER: JUDGMENT—until today!  Writer/Director Gary Tunnicliffe just dropped some major 411 over at Fangoria, and the details are scintillating.  First, Tunnicliffe revealed the film’s Official Synopsis: 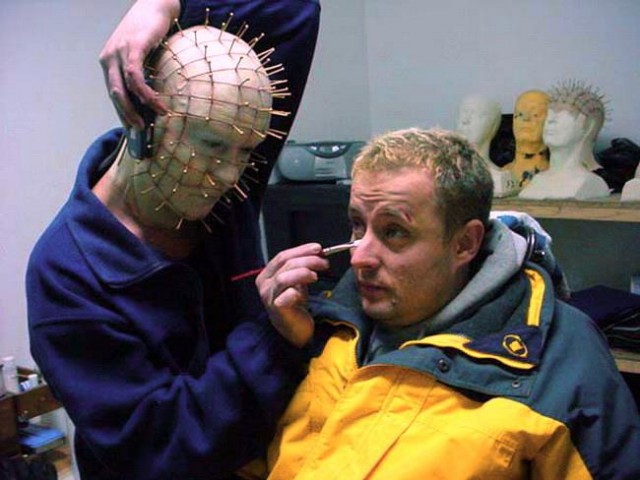 Gary Tunnicliffe (in the chair) with Doug Bradley

STORYLINE: Detectives Sean and David Carter are on the case to find a gruesome serial killer terrorizing the city. Joining forces with Detective Christine Egerton, they dig deeper into a spiraling maze of horror that may not be of this world. Could the Judgment awaiting the killer’s victims also be waiting for Sean?

The crime-drama subplot is reminiscent of the hard-boiled HELLRAISER: INFERNO (the first straight to DVD sequel in the Franchise).  Barker himself has meshed fantastic horror with classic detective motifs in LORD OF ILLUSION in 1995.

Next, Tunnicliffe shared the character descriptions as they appeared in the film’s official casting calls; bolded sentences indicate my personal interjection:

ALISON CARTER – Female, 28-35. Sean’s perfect, adoring wife. But something is missing. Her husband has been distant, even cold. He has forgotten her on her birthday. Alison makes it her mission to help her husband, but she hides a very dark secret. (TOPLESS/PARTIAL NUDITY. SIMULATED SEX.)

Sound like this is a Kristy Cotton type of character, and it’s good to know that JUDGEMENT will feature a strong female protagonist.  Plus, nudity and simulated sex is always fun, right?

THE AUDITOR – Male, 40-60. All business, very matter-of-fact. Clearly not of this earth. He learns of your sins, your transgressions, your evils, and takes careful note of them before passing them on to the Assessor for judgment. Think of him more as an accountant from Hell. A great character actor with a great face is needed to bring this role from the other world to ours. SUPPORTING

Now this sounds like a creepy fellow I’d like to meet!  Is this a new Cenobite—or someone familiar to HELLRAISER fans in disguise?  It’s happened before!

THE JURY – Females, early 20s. These three, naked, perfectly beautiful girls have faces that have been shredded away; blood, bone, muscle, sinew and teeth exposed. They pass the horrific verdicts onto all offending mortals. They will also wear tight-fitting body suits and portray our “stitchers.” Dance experience might be fun here, but not required. (NUDITY REQUIRED) 4 SCENES 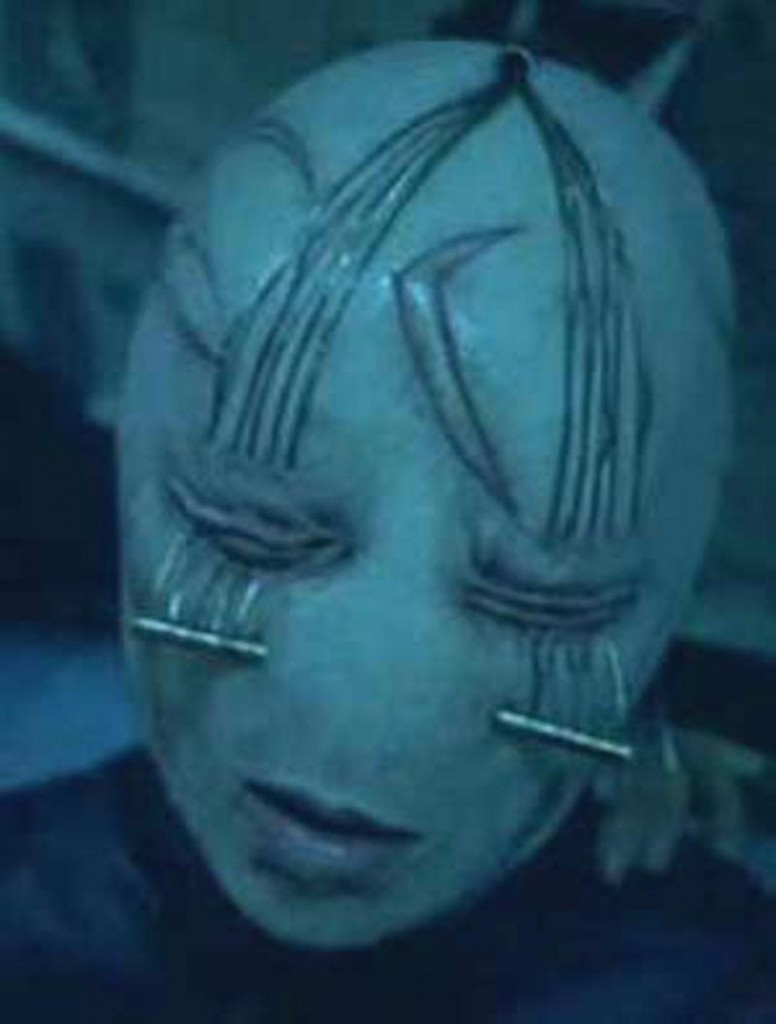 One of the Wire Sisters from HELLRAISER: INFERNO

These female fiends sound similar to the infamous Wire Sisters of INFERNO, a combination of beauty and mutilation, pleasure and pain.  Plus: More nudity!

CRYSTAL LANNING – Female, 21. She is a beautiful socialite. She wears a black, designer micro cocktail dress, carries a Chanel purse, and barks into her bejeweled cell phone, wobbling out of her Uber Black on ridiculous high heels. She is also never far from her beloved little dog, “Baby.” She will suffer a grisly, horrific end, and it is her murder that sets our story in action. Must be comfortable with her body. Will be seen in a thong. 2 SCENES.

As long as “Baby” the dog doesn’t get killed, I’ll be happy!

CLEANERS – Females, 65+. These terrifying, aging, naked women clean bodies for punishment by licking them head to toe. They tear away their victim’s clothes, not unlike a pack of wolves, forcing their tongues upon Watkins. (NUDITY REQUIRED)

Now these grisly creatures sound truly chilling!  Nudity becomes scary when we’re talking about characters over the age of 65!

VAGRANT – Male, 55+. Rough, disheveled, homeless man. Perhaps he is hairy, perhaps he is missing teeth. You can almost smell him through the screen. So it is odd and out of character for him to eloquently quote Charles Dickens in a whisper to Sean. 1 SCENE 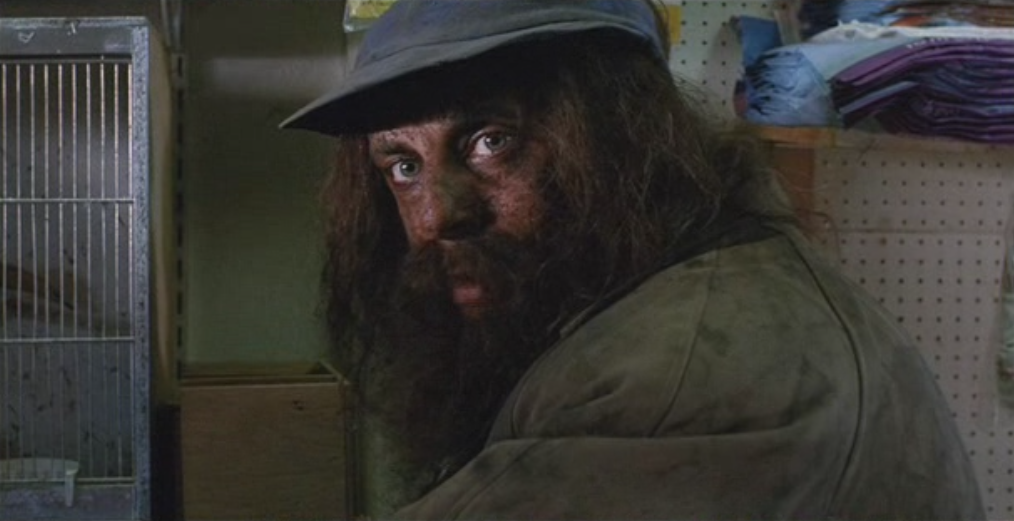 Hey, we’ve seen this fellow before, I’m certain of it!

LANDLADY – Female, 50+. A cigarette dangles from her mouth as she snorts obscenities to the police. 1 SCENE.

MORMON 1 – Male, 20-28. MUST SPEAK GERMAN. He shows up at the door on his bicycle, in typical black pants and white short-sleeved shirt. 1 SCENE, 1 LINE

Ok, I admit it: I’m curious why it’s important that this character is a Mormon (as opposed to a Christian, Jew, or Muslim).  I wonder if Mormons are more or less likely to be targeted by Hell’s minions!

BUTCHER – Male, 30-45. A huge, behemoth of a man. A huge bouncer/doorman type. With his giant scythe, in large, hack-like movements, he slices meat from Watkins’ back. 1 SCENE. NO LINES.

SURGEON – Male, 30-60. The skinniest guy we can find. A full or partial lower limb amputee. Either a dancer or martial arts expert, or perhaps even a full or partial lower-limb amputee, giving him a real ROAD WARRIOR feel. He is lowered on a harness, MISSION: IMPOSSIBLE style. With surgical precision, he vivisects Watkins on the gruesome operating table. 1 SCENE. NO LINES.

This sounds like an incredibly visceral character and scene.  Bring on The Surgeon! 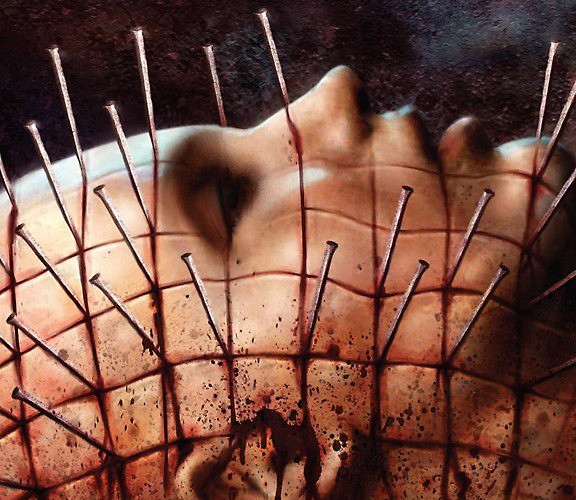 Absent from the above character descriptions is a certain Cenobite with a face full of nails.  This could mean that Pinhead will not actually appear in any capacity; or, more likely, he may be disguised as one of these peripheral roles (My bet would be on The Auditor).

No release date yet for HELLRAISER: JUDGMENT, but we’ll keep you informed as news and details emerge.

Are you excited about HELLRAISER: JUDGMENT?  Do the synopsis and character descriptions intrigue you?  Sound off in the Comments section!