Casting and crew info below. 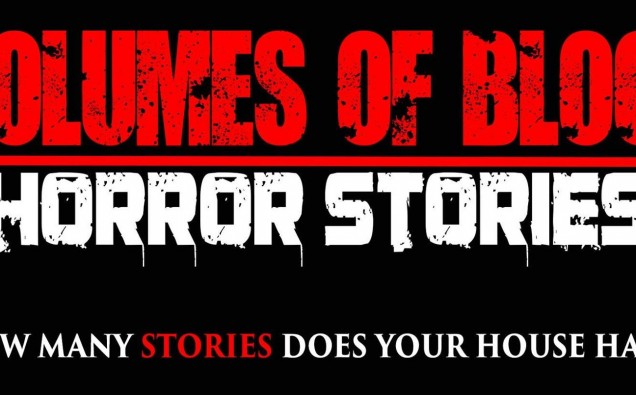 The new production company Blood Moon Pictures is working on a new anthology sequel to the critically-acclaimed film ‘Volumes of Blood.’ Created by by P.J. Starks, Eric Huskisson and Christopher Bower, Volumes of Blood: Horror Stories features a star-studded cast including Moses Moseley whom is best known for his role as one of Michonne’s walkers in The Walking Dead. This film is also the acting debut of WWE star Sir Mo from Men on a Mission.

“A couple plans to purchase an old home, but would like one last tour before the closing. They’re guided around the estate by a creepy realtor that may have more in store than they bargained for. Searching floor by floor, they begin to discover the remnants of its sordid and terrifying past… A popular 80’s franchise gets a modern upgrade, but at what price? On Halloween night a teen left home alone meets a trick or treater that wants more than just candy. A door to door insurance salesman makes a Thanksgiving house call with monstrous consequences. Andrew and Sara are happily married and plan on spending some quality time together, but something sinister has other plans for their evening. Carol’s Christmas Eve turns into a fight for survival when a vengeful stranger isn’t feeling the holiday spirit. Lastly, a birthday party turns bloody when some unexpected guests drop by at the wrong time. Seven interwoven tales of terror, how many stories does your house have?”

The segments and their directors are below:

Trick or Treat – Directed by Sean Blevins (A Brush With Death)

A Killer House – Directed by Jim O’Rear (The Hospital)

The Deathday Party – Directed by Justin Seaman (The Barn)

The film makers need your help to make this exciting new anthology a reality, so please check out their IndiGo campaign here to see how you can contribute. Also follow the film on Facebook here, to stay up to date with production.

Keep checking back to the Shed for more info on this fun project as it’s released!