This project has potential to be amazing. 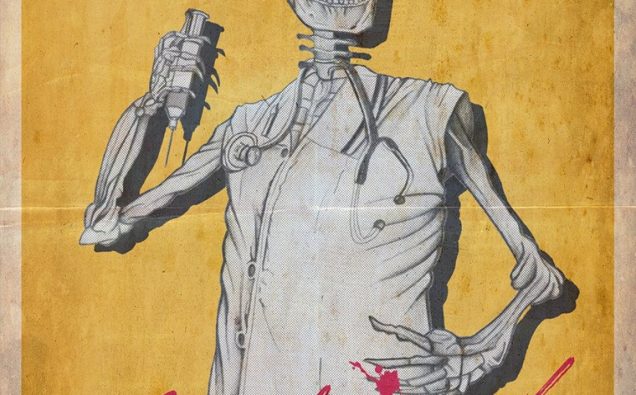 Noah Nicholas Nelson, a teenager who just recently completed a very unique short film known as The Illustrator (that I had the pleasure of viewing), is now embarking on a much greater task – a feature-length film. The film is known as Delusional, and it was co-written by Nelson and writer George Snow, who wrote and directed the 2007 horror feature known as Us Sinners.

In order to make this project a reality, Nelson needs your help, and has taken this project to Indiegogo to ask for generous donations. There are lots of cool perks available, including special thanks credits, producer credits, signed posters, copies of the screenplay, screen-used props, and a download of the original soundtrack.  The $700 perk that includes the screen-used mask and an associate producer credit in the film has certainly caught my eye.

This is most definitely an ambitious project from someone who is very passionate about the horror genre. The world needs more awesome people like Noah, who is only 16 years old and is already attempting to take on such a huge task. And as we all know with indie projects, any donation helps a lot, whether it be one dollar or one trillion dollars. So I highly encourage you to click this link, watch the pitch video, and consider donating to what looks to be an insanely cool project.