Hex Media Announces New Horror Anthology ‘For We Are Many’

From the creators of Lord of Tears 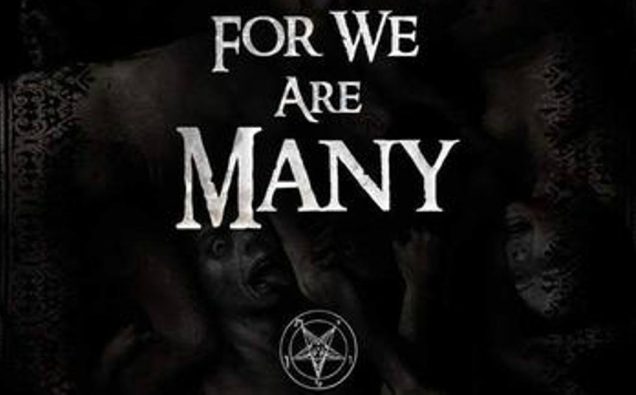 Not everyone is aware of the awesome projects put out by the folks at Hex Media. Those people are wrong. Hex Media is a wholly indie horror studio dedicated to creating some truly amazing and artistic horror films. Coming off of the post production of their latest film The Unkindness of Ravens, the studio is no prepping for their latest project, their first anthology, titled “For We Are Many”. From the press release:

The film will feature a host of familiar names as well as providing an exciting opportunity for up-and-coming filmmakers to get involved. Among the directors already confirmed are FrightFest Alumni Liam Regan (Banjo), Brad Watson (Hallow’s Eve), Katie Bonham (Mindless) and genre icon Nicholas Vince, best known for his roles as the chatterer in Hellraiser and Kinski in Nightbreed, as well as Frank Woodward (writer of Wrong Turn 6:Last Resort),

For We Are Many will feature a large selection of horror shorts, each based on a particular demonic entity or occult theme, with an emphasis on intense horror, imaginative practical effects and original stories. Hex Media are also seeking exciting new voices in the genre to contribute to the project.

According to Lawrie Brewster; “We are deeply passionate about seeking out new talent in the horror genre, and helping to provide a platform for those with creative aspirations. Plenty of extremely talented filmmakers are putting out great short content, only for it to languish on YouTube. We thought that, with a little support and collaboration, we could instead give directors the opportunity to be part of something bigger that we hope can act as a springboard for their careers – and make something pretty amazing and unique in the process.”

Hex Media has big ambitions in the genre with two features under their belt and another two in post-production. This latest project is an extension of their goal to produce truly independent, fiercely original horror.

Hex Media will also distribute the film, adding it to the growing catalogue of their fledgling distribution wing and building on the success of their combined VOD/Special Edition model. The film is set for release in Spring 2018.

If you are a filmmaker and want to get involved with For We Are Many, head over to Hex Media’s website https://hexmedia.tvfor more info on the project and how to be part of it.

I for one am really looking forward to seeing this next work from this up and coming studio. You can find more details on this project on its page on Hex Media’s website.