‘Hi Stranger’ is a viral video that sent me yelling Stranger Danger!

"You're so hard on yourself, but you are wonderful and worthy of being loved." 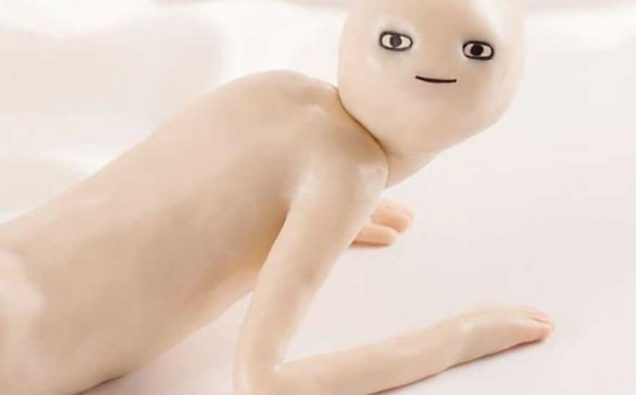 Is the new viral phenomenon Hi Stranger, that appeared on You Tube a few days ago, a wonderful relaxing video or a total creep fest? My original feeling was to yell “Stranger Danger” after just a few seconds of watching the weirdly androgynous creature.  It made me laugh and feel uncomfortable at the same time. At first glance, the film created by Kirsten Lepore, (who has worked on Cartoon Network’s Adventure Time) isn’t really something that I would write about on a horror site. But after watching it and getting really creeped out, I had to wonder if I was being hypnotized? Will we all become serial killers? Are our brains being taken over? Are we all in the movie “They Live”? It does seem a little Sci-Fi. Could it be an alien? The sunset- yeah that was not on earth! It could be harmless, because it loves us right? But is it?

The unnamed figure with the booty butt, (that reassures you it’s OK to look at), stares right into our eyes and into our souls. The character is based on a figured doodled onto a Post It note by Adventure Time head writer Kent Osborne. Apparently Kirsten found it and was compelled to create the character. Hi Stranger is less than 3 minutes long, and the hairless, pale mellow little guy says soothing things paired with calming, yoga-class like music. Done with stop-action claymation, the video makes everyone feel something. It says it wants us to be happy, it tells us we are worthy of being loved. Like I said, we all feel something, but it’s not all comforting. 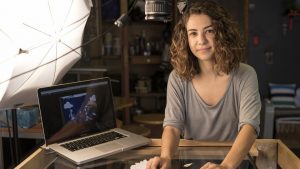 However Hi Stranger makes you feel, it is going crazy on social media, and I applaud Lepore for making a simple cartoon that can bring out so many reactions in people. The voice of our little friend (played by Garrett Davis) tells us he can be very vulnerable around us. I personally feel vulnerable now too, and a bit like I need a shower, but not in a good way.

What do you think? Check it out for yourself. You will watch the video. You are getting sleepy, very sleepy …..