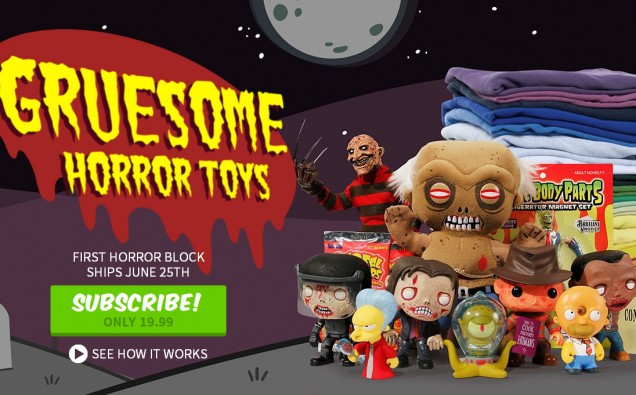 For those not in the know, Horror Block is another rendition of the “mystery box” phenomenon that has grown popular in recent years, with a horror theme. I’ve been subscribed for over a year now, and just recently had the brilliant idea of reviewing on the horror blog I’ve been writing on for almost a year as well. (Yeah I know, sometimes I’m a little slow on the uptake.) Anyway, here’s my review for Marches box! 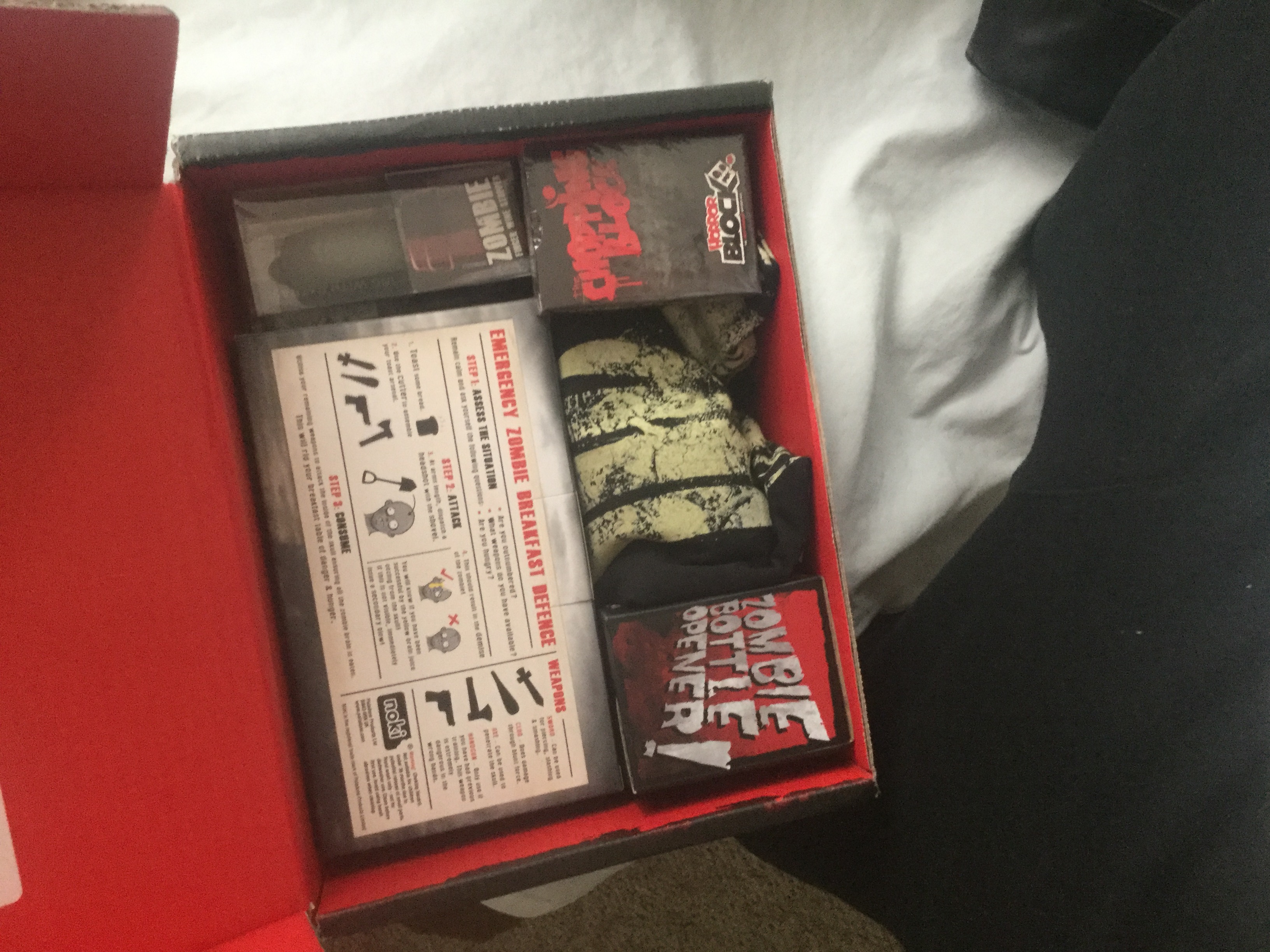 Opening up the box, few things immediately stick out. We get a handful of figures, what looks like a deck of cards, and the usual folded up t-shirt 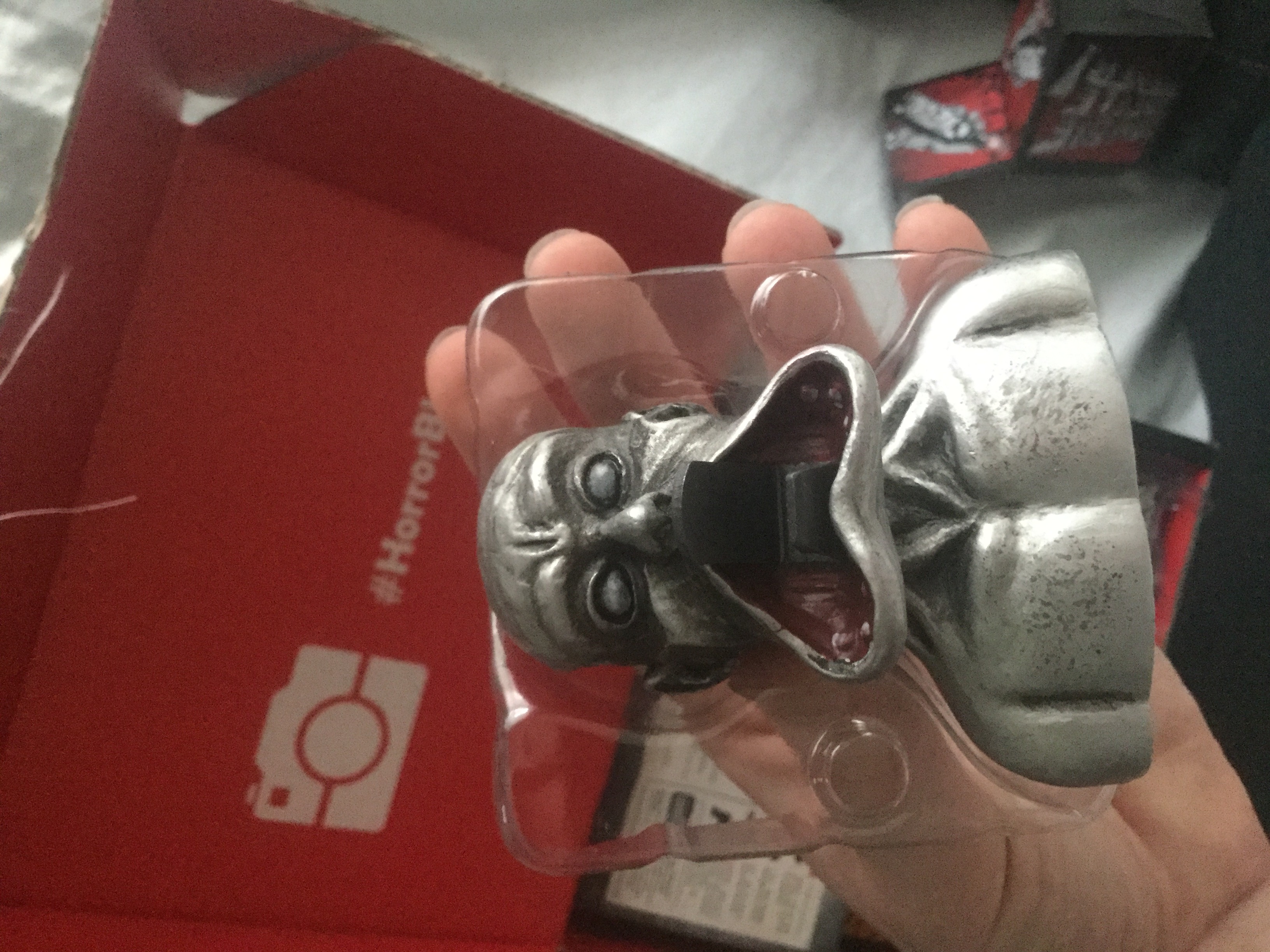 The first thing I pop out is a zombie bottle opener. A fun novelty, but perhaps not the most substantive thing in the box. 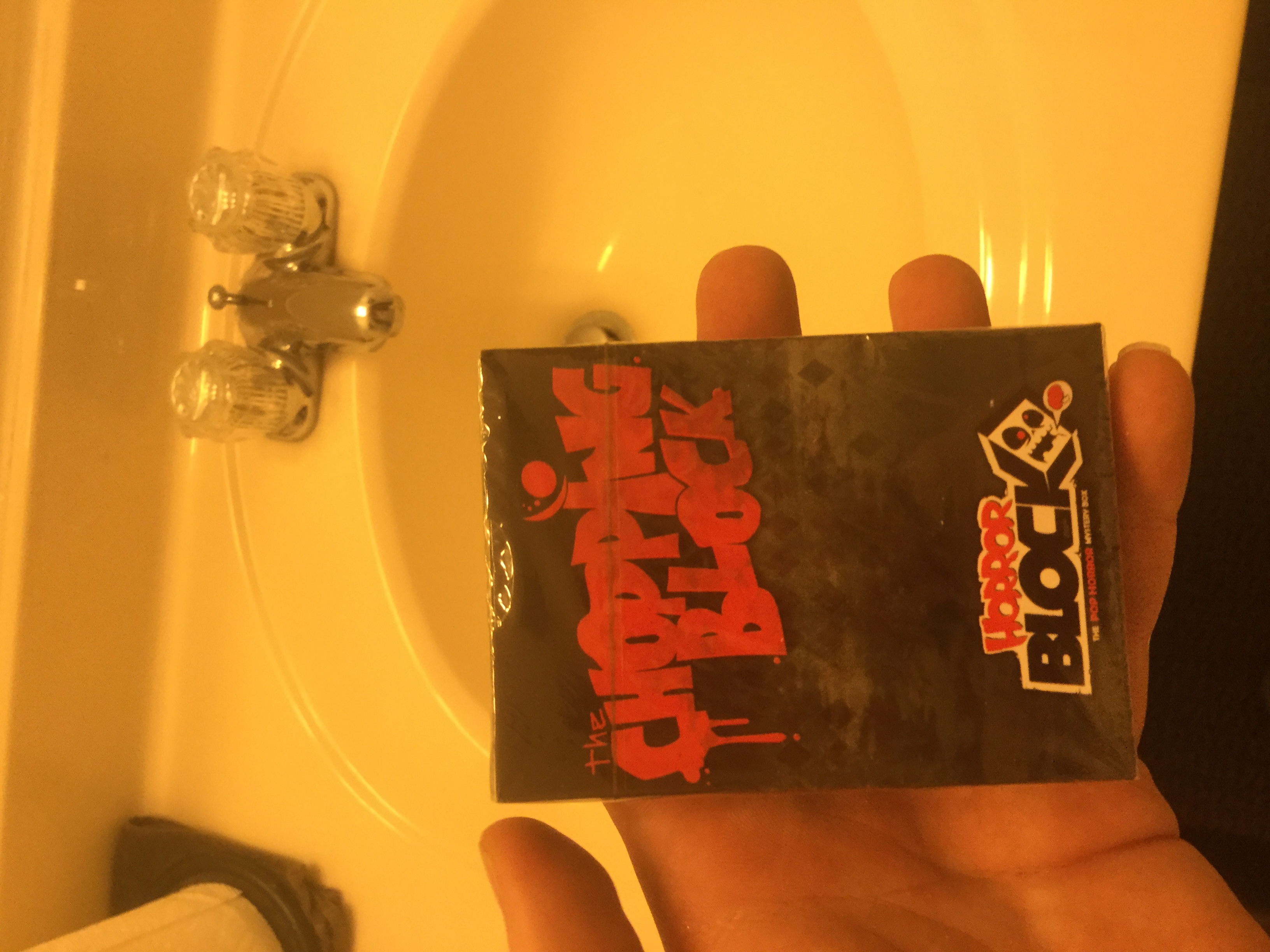 Next up though, was one of my favorite Horror Block items ever, that justified the entire box for me alone. On the outside this might look like a simple deck of cards, but inside it’s absolutely badass, with the face cards all featuring some of horrors most iconic monsters and mad men. 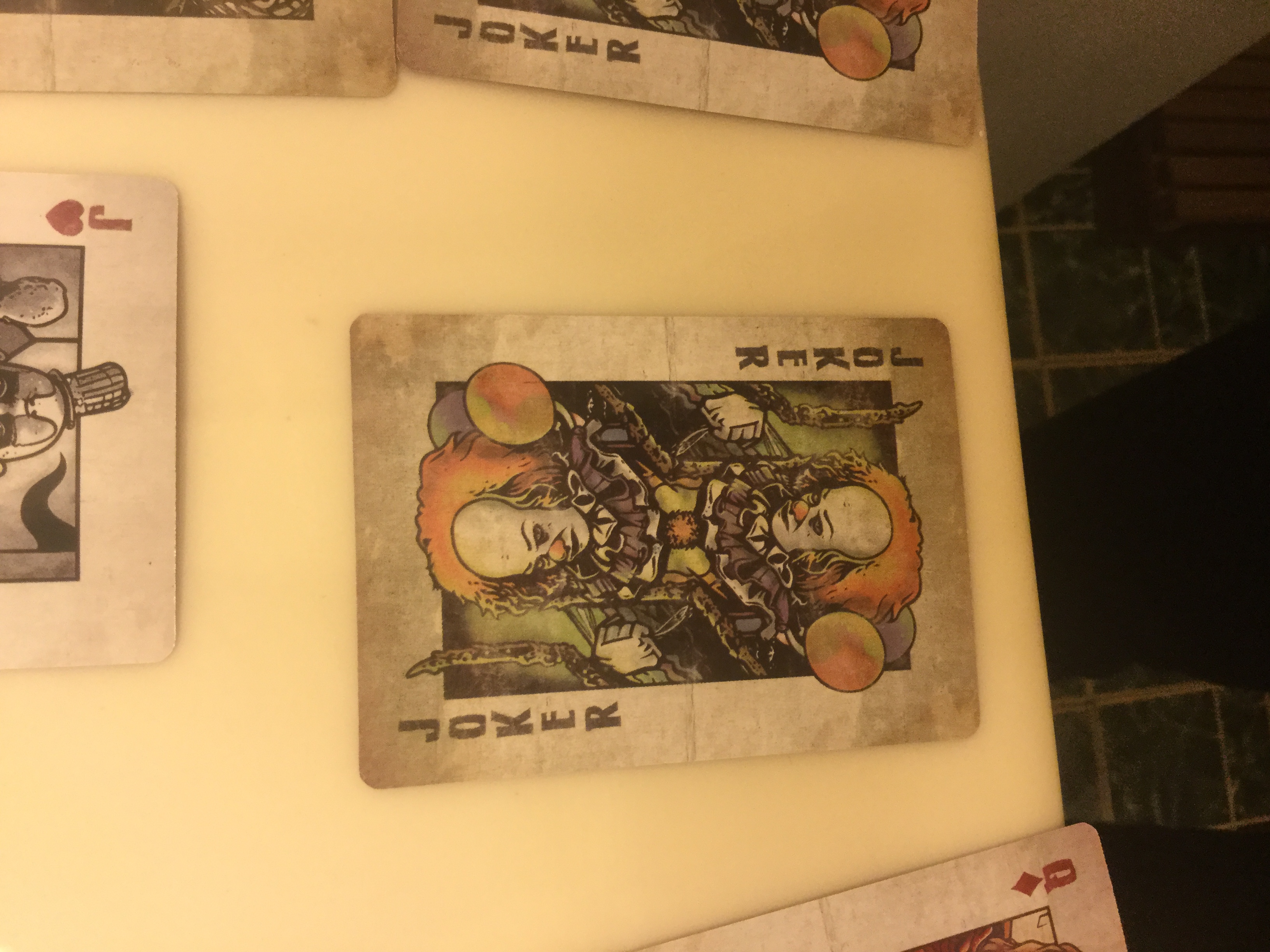 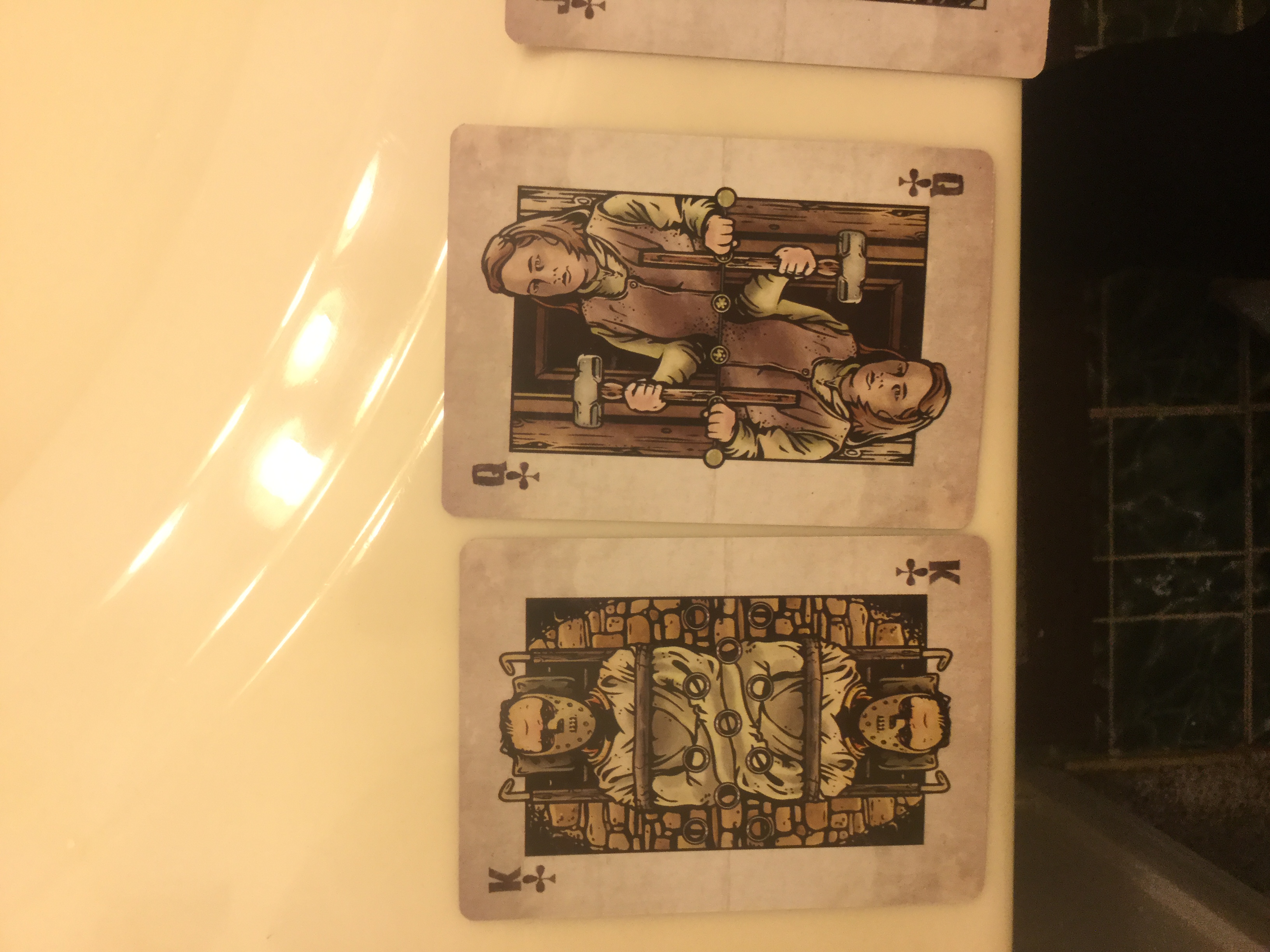 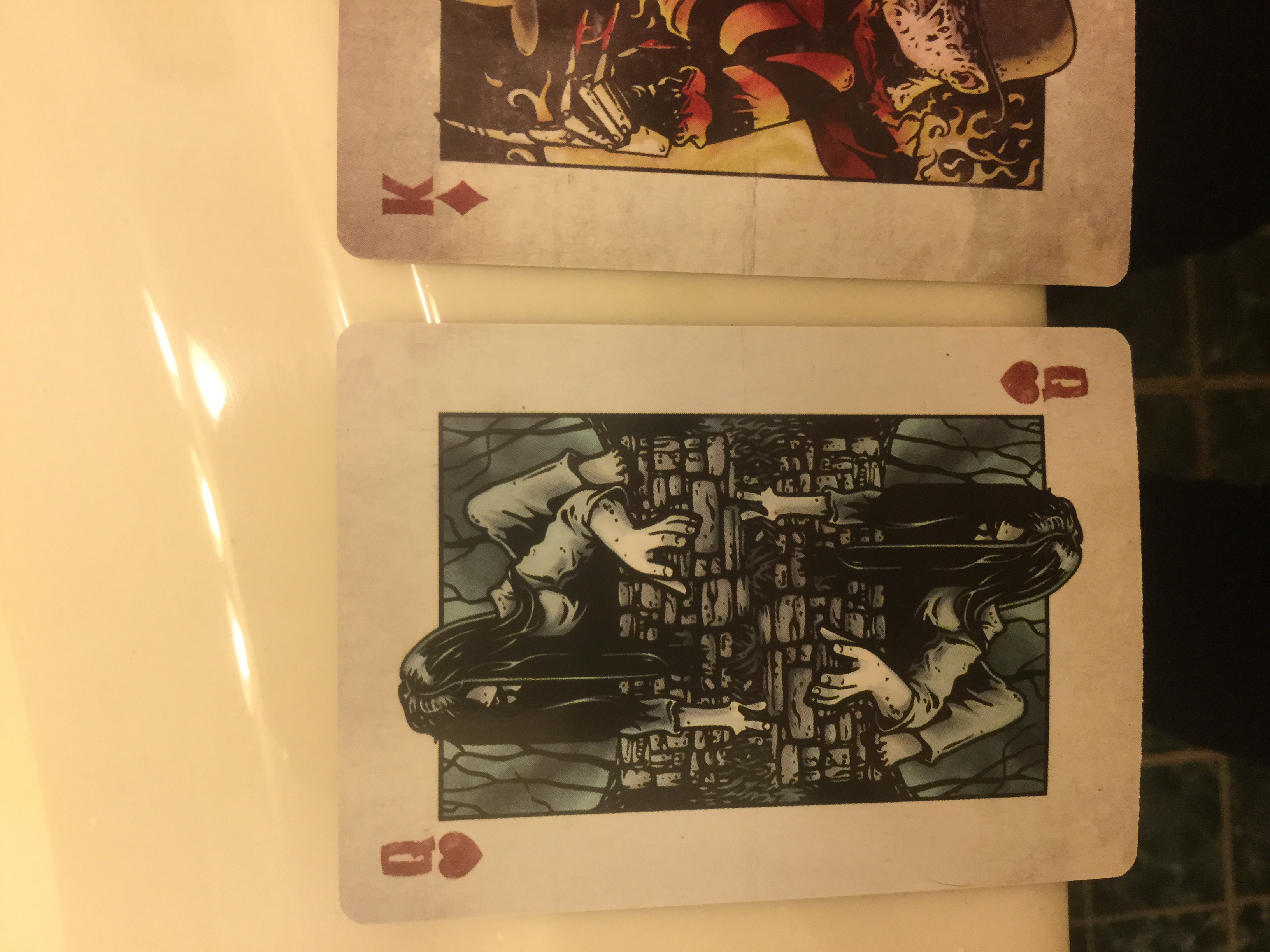 I apologize for my shitty photography skills, but these are some seriously gorgeous cards. I’m thinking about framing them; their to beautiful to risk bending in a game of Poker. 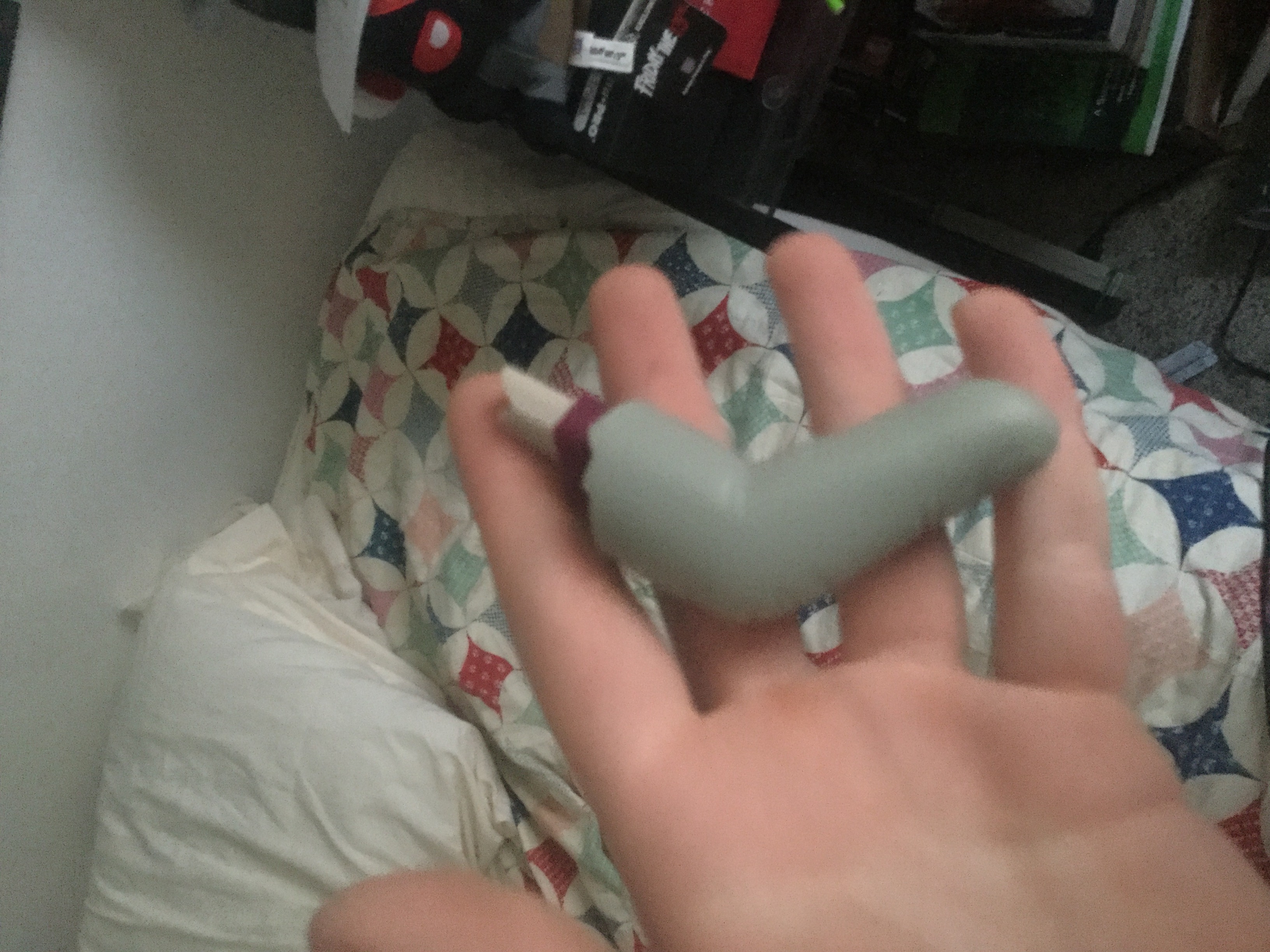 Next up we have a zombie finger “wine stopper.” This one was a dud for me, partially because I don’t drink wine, and also because it’s unwieldy shape makes it difficult for display. 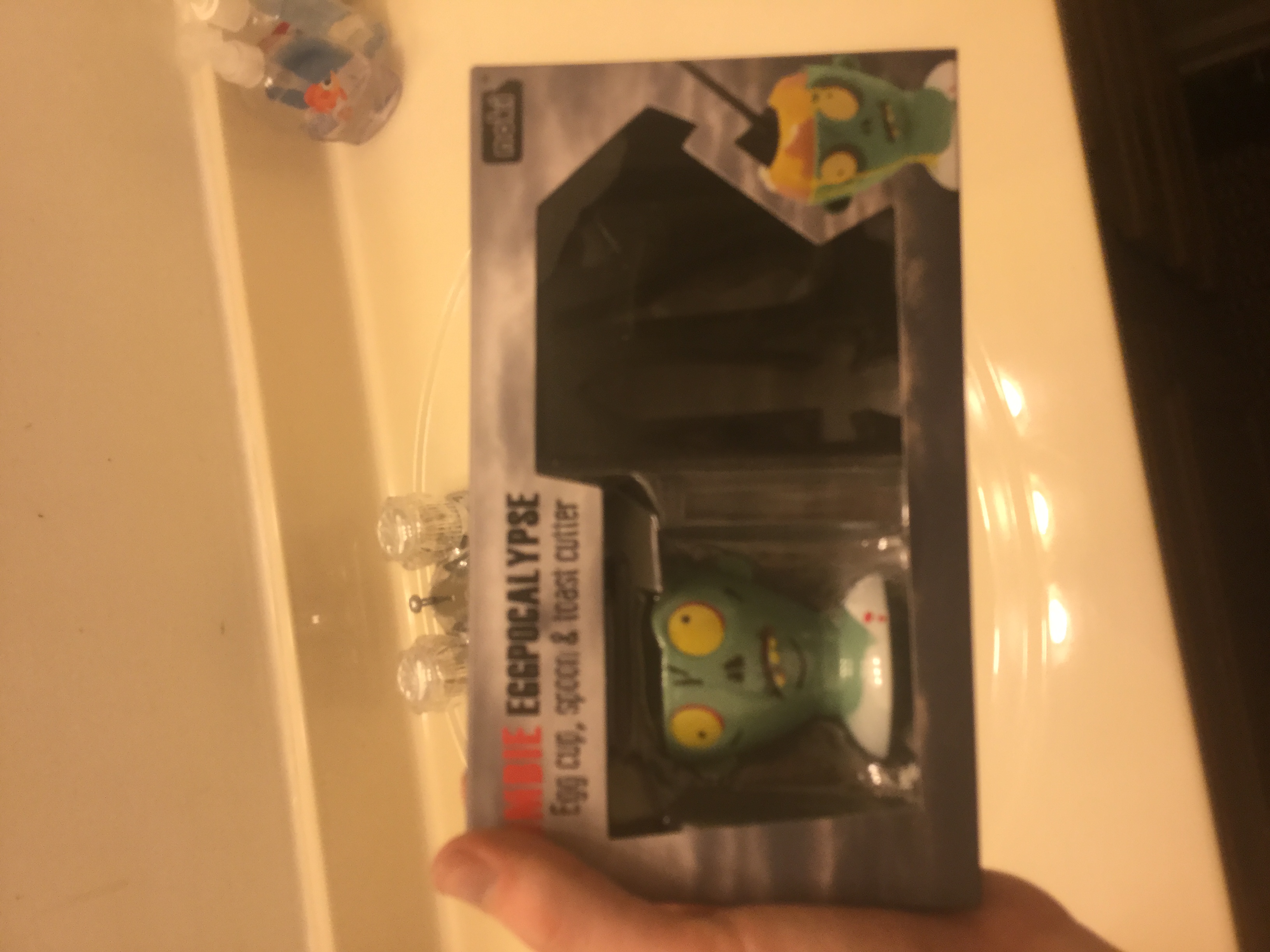 And the final big item of the box is this “zombie egg container” which is frankly a little bizarre. It’s a cute idea, and could conceivably help with the hangover brought on by all of the booze friendly items, but it’s not something I’d necessarily buy on my own. 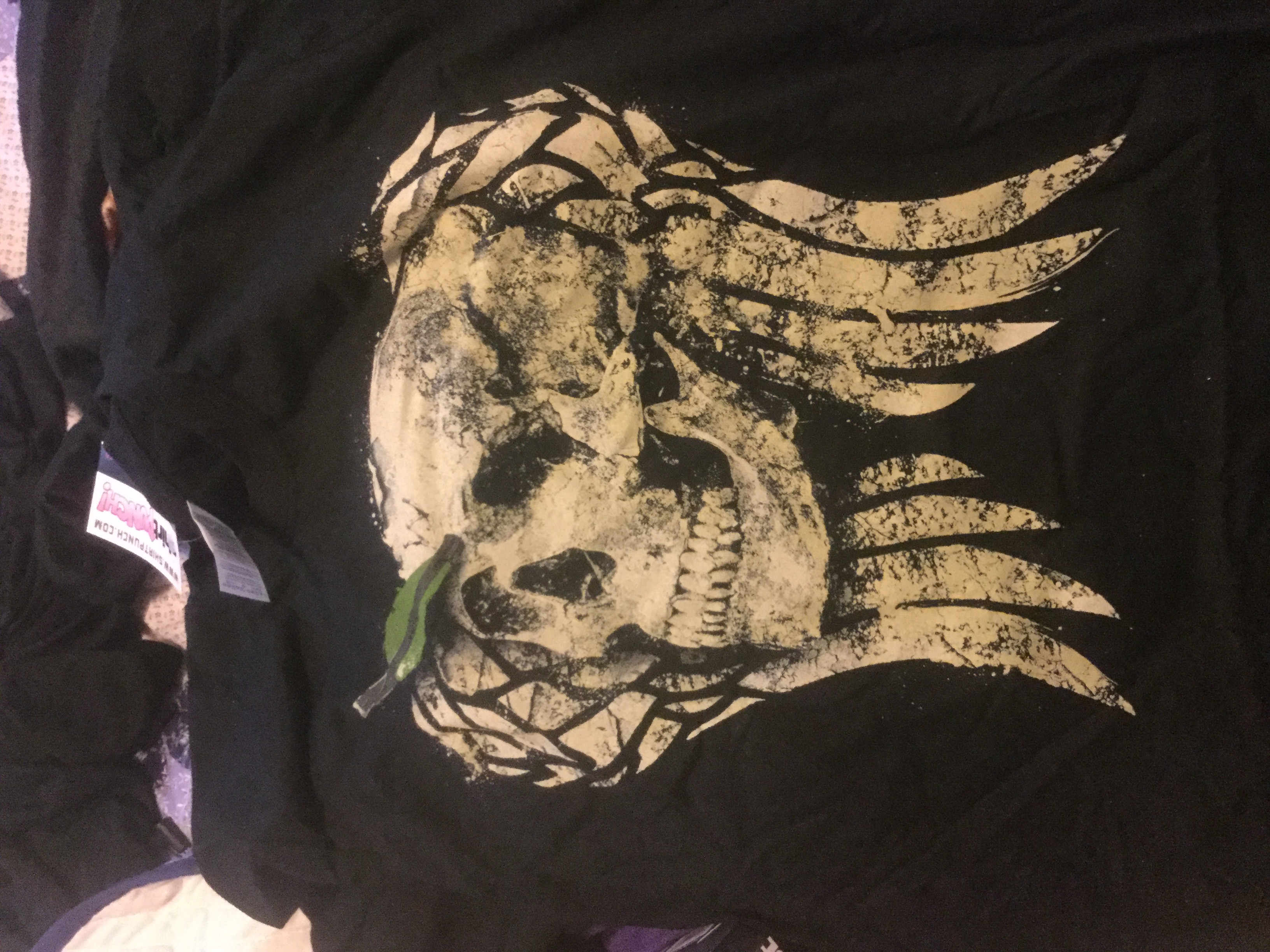 Of course there’s the monthly t-shirt, this time a riff on Daryl from The Walking Dead…. 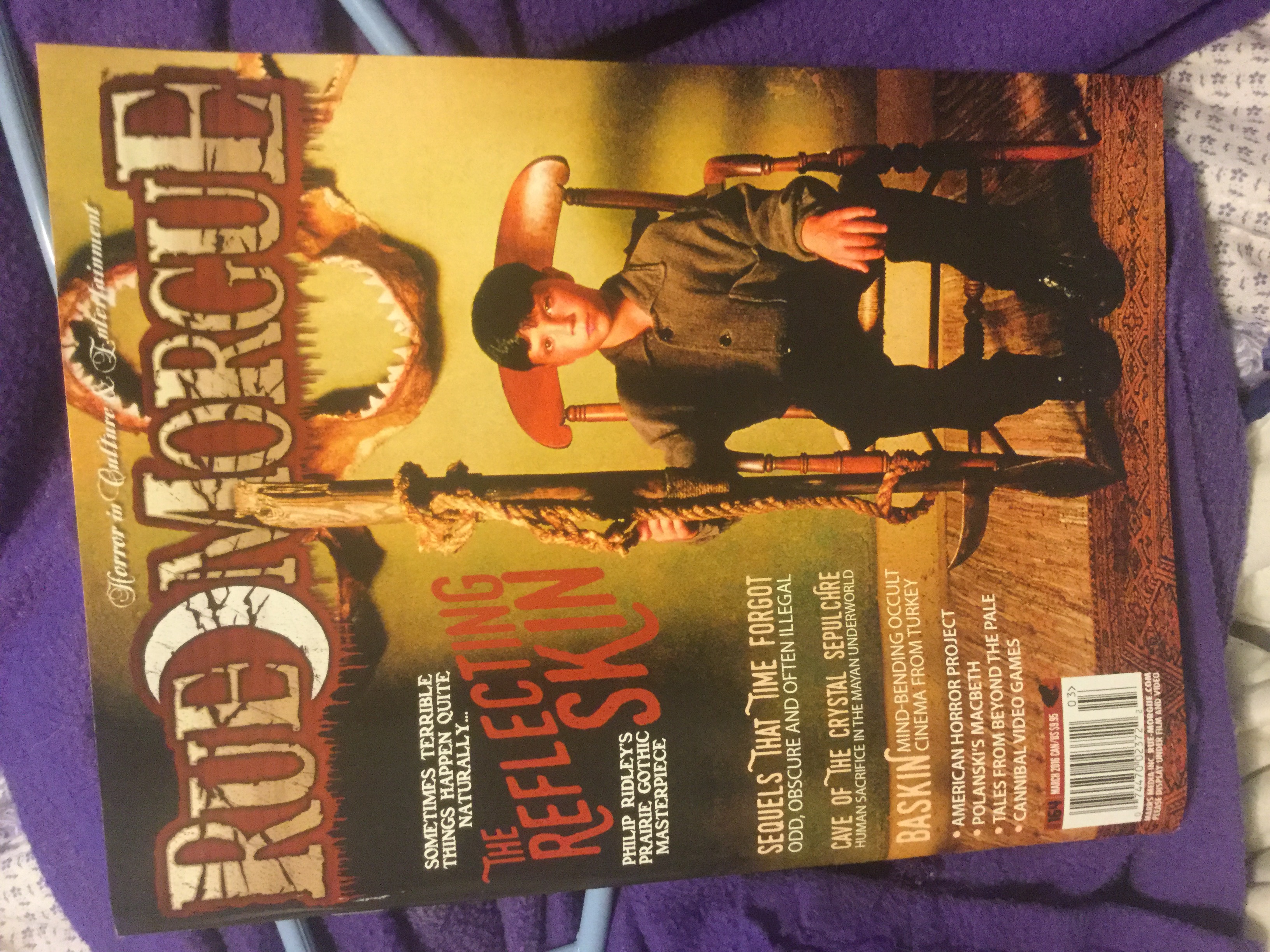 …..and the latest Rue Mourge, featuring an interview with the director of The Reflecting Skin. I’d never heard of the film before, and upon watching it, enjoyed The Reflecting Skin a great deal. But Rue Mourge is always solid, so this issue being excellent horror journalism was definitely not a surprise.

Overall, this was a fairly mediocre box, although the playing cards, t-shirt, and magazine may it a worthy purchase for me. Horror Block continues to be a pleasing box of horror, and I still remain a loyal subscriber.

Jeff is a writer for The Blood Shed who eats, drinks, and bleeds horror. He’s also the President of Indie Horror Production Company Head On A Stick Productions. You can email him at Headoasp@gmail.com