With Halloween just around the corner, it feels like a frighteningly good time to look into the best horror games available of mobile phones right now. For those of... 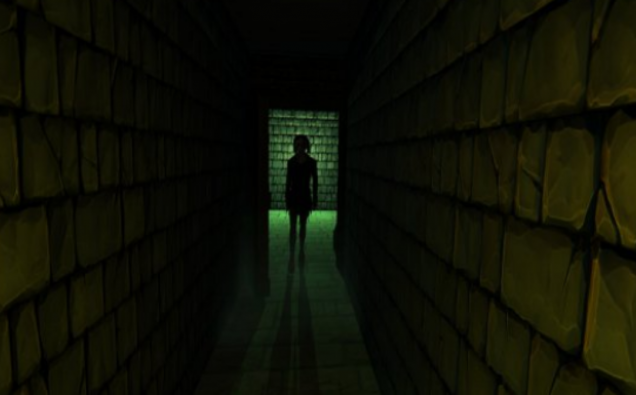 With Halloween just around the corner, it feels like a frighteningly good time to look into the best horror games available of mobile phones right now.

For those of you brave enough, here are the top five horror games for mobiles. 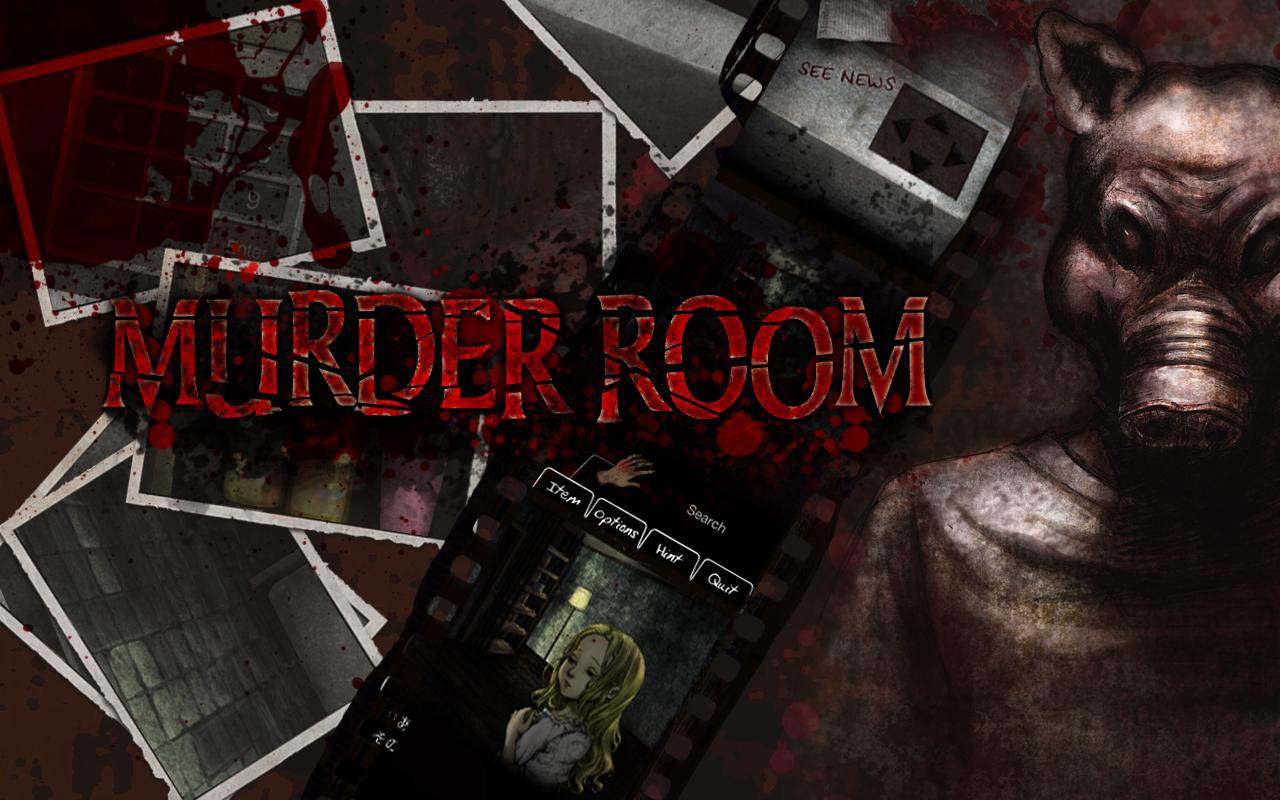 First up on our tour of nail biters is Murder Room, brought to you today from the creators of Ellie. Played from a first person point of view, this is a frightening Japanese Saw-style escapee title that works by way of a series of complicated puzzles, designed either to send you to your doom or set you free to enjoy the rest of your life. Be warned, however, that the former is a distinct possibility given the nature of the puzzles (*hint, they are very hard). As for the setting, players awaken to find that they are trapped in a room and their only company is provided by a serial killer and his beloved pet chainsaw. Obviously, this is terrifying and simply won’t do so, in order to escape, players must interact with various elements and solve the mind-bending, life giving puzzles, plenty of which are not easy to solve. With an excellent soundtrack and sound effects as well as sharp HD graphics, this free horror game pleases the eye and the ear while testing your mental mettle in an entertaining manner. As a bonus, there is an extra unlockable story which can be purchased if you so wish. 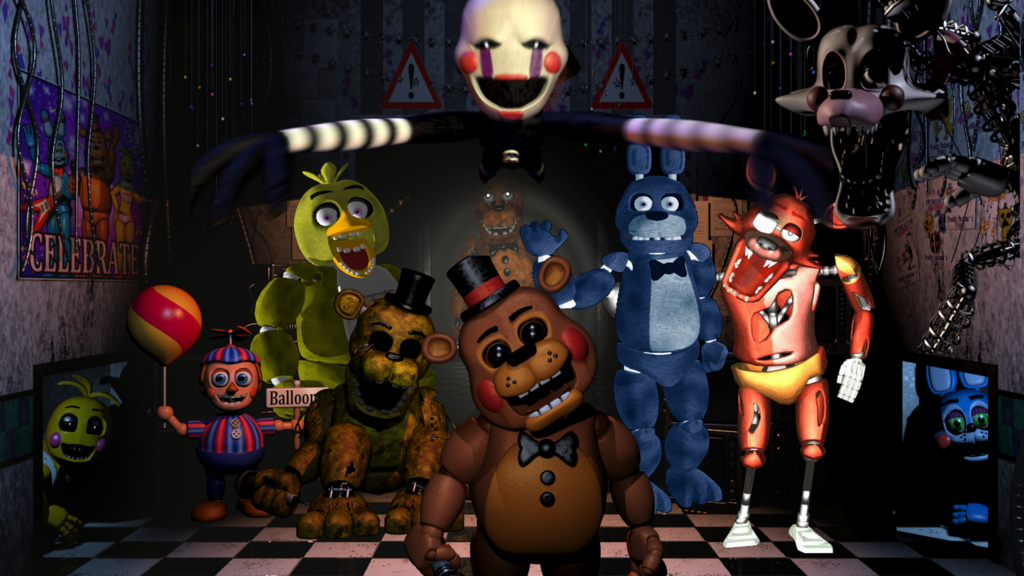 In this chilling Chucky Cheese takedown series, Freddy Fazbear’s gang are back to give you, the humble night guard, another sleepless night. Back now with a fourth title – and a rumoured fifth and likely final release on its way – your job originally was to safe guard your favourite pizzeria from the threat bought to you by Freddy, Chica, Bonnie and Foxy. Upping the terror somewhat, the fourth FNAF takes place in your own home and now you play as a child that, problematically given the story, is scared of the dark. Armed with a trusty torch you must survive the night by shining a light on your menacing intruders and steering them back into the darkness where they belong. 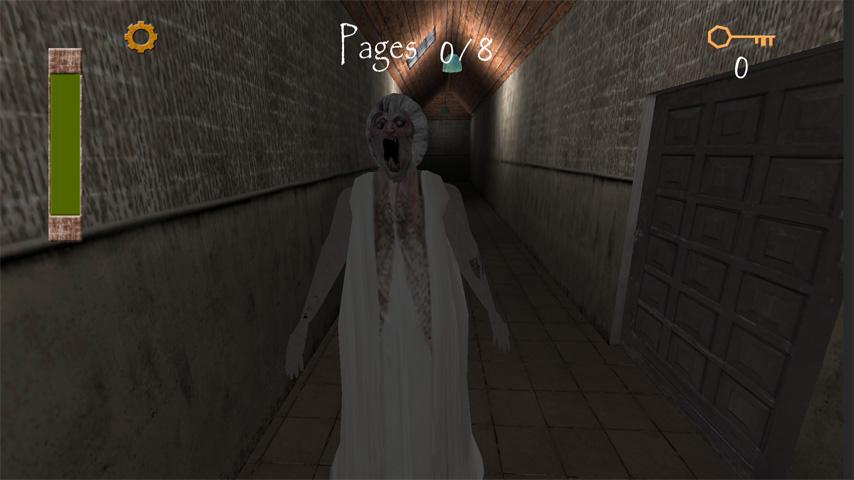 Based on an urban legend, Slender Man is a first-person horror game that is genuinely creepy and not advised for younger players. The purpose of the game is to search and locate eight manuscripts about the game’s title character the faceless paranormal creature that is Slender Man. As with Five Nights At Freddy’s (above) there have been more than a few releases by now, the latest being The Arrival. The game is actually very simple to play which is good because it puts you at ease which works well when the game enjoys its scarier moments but also because anything more complicated would detract from the horror. Using the mouse to look around, find those all-important notes on the villain of the piece, your only protection is a torch and the ability to sprint which you will need to do as any time spent in the company of Slender will drive you insane. 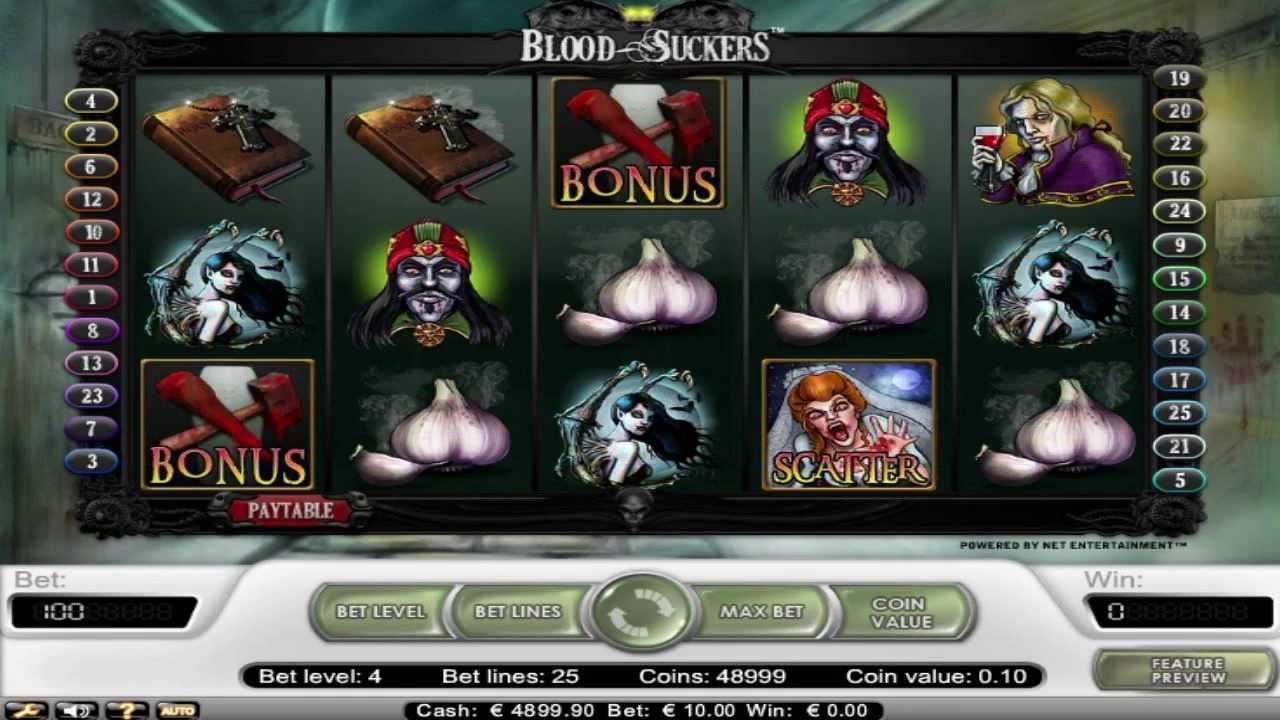 I vant to vin some money! Excuse the dodgy Dracula accent. Blood Suckers is a vampire-themed slot that manages to be entertaining, while still hosting quality graphics and fun animations bought to you by NetEnt. As you would quite rightfully expect from an industry leader like them, Blood Suckers slot machine is a lot of fun. As with many other slot games for mobile phones, Blood Suckers has generous bonus features and a suitably high pay out. As for the game play itself, the tone is set courtesy of a menacing atmosphere, made all the more chilling by a constant run of eerie music and gory animations. Play takes place on a 5-reel, 25-payline slot that features all the iconic vampire items you would expect it to; Holy water, garlic, the Bible, wooden stakes and silver crossbows, which all play as active game symbols, while the wild symbol is represented by the charming image of a vampire chowing down on a girl’s neck. There are plenty of other thematic vampire signifiers in the game, so many in fact that there simply isn’t the space to dedicate to it here.

The Walking Dead: No Man’s Land 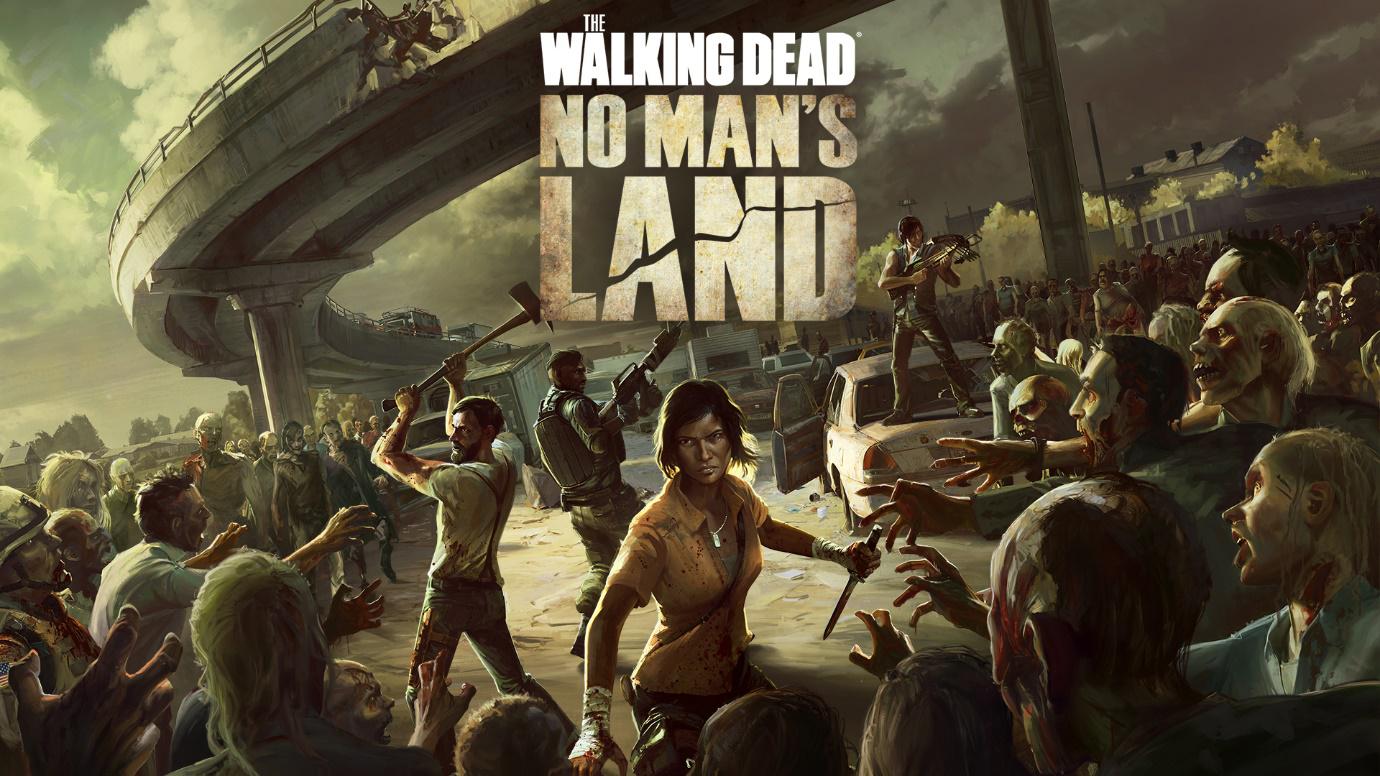 Based on the hit TV show, or comic book series depending on your origins, this game is aimed at fans of the Zombie spectacular. The game is actually closer to the comics despite the creators brilliantly fusing everything that you may have loved about the TV show. Playing as part of the nomadic gang of survivors, fresh out of Terminus, your aim is to rebuild the safe haven that is, in the stories at least, Woodborough. Essentially this means that supplies will need to be gathered by heading out of the camp where the Walkers and other gangs roam. If you should make it back to camp, then there is work to be done here too as defences need reinforcing, livestock need raising and survivors need treating, ensuring there isn’t a lot of down time. Pleasingly, for fanboys at least, the game keeps its characters Rick, Michonne, Dayrll, and the rest, which keeps things familiar and fun.