Horror is a captivating genre and people love it for different reasons. For some it is the violence and the gore, for others, the outstanding performances, but we all... 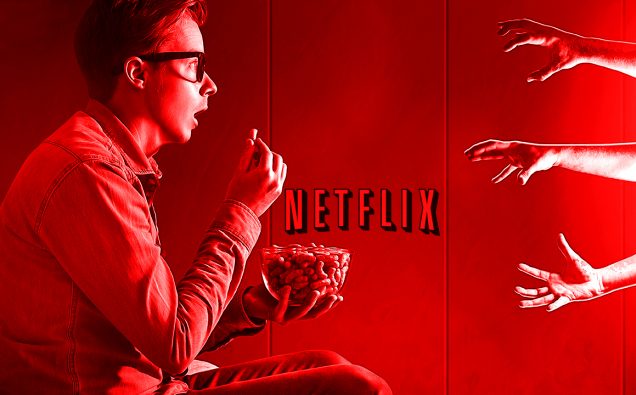 Horror is a captivating genre and people love it for different reasons. For some it is the violence and the gore, for others, the outstanding performances, but we all love to be scared from time to time. From slashers to vampire tales and silent expressionism, Netflix offers over 700 horror movies for instant streaming. We took a look at them and selected the best ones. Here you have a list for those who love everything spooky, let’s take a look at it.

This movie is one of the best horror movies released in the last ten years, according to many critics. The idea behind is very original and it brings a new type of monster to the world of horror: a sexually transmitted monster. The victim will become hunted after receiving the monster from a sexual partner and the only way to survive is to pass it to someone else. A deeply disturbing movie that will scare you without relying on cheap jump scares.

This one is a classic that marked the ‘90s. It became iconic and it was referenced by several other movies. Wes Craven brought a fresh touch to the horror genre, deconstructing it piece by piece. Scream is a celebration of slasher films and its use of irony and comedic bits added a campy style to it.

The charm of this movie is the fact that it is so simple. We do not see the monster for the entire movie, but we witness the emotional toll it has on the characters. The Babadook is so effective because it can work as a metaphor for depression or other mental illnesses and that is true horror: something that you cannot escape because it is inside your own mind. Essie Davis offers a breathtaking performance that suits perfectly the eerie directing of Jennifer Kent.

To ease your time between these horror movies why not play a hand of Poker and get more info here.

This movie takes you on a trip in the dark side of Hollywood, a world driven by hidden forces and dark spirits. Alex Essoe is perfect for the role of the girl lost in the evil word of celebrity. This time, fame has other type of demons. Starry Eyes is a scary flick and it is not recommended if you are not a fan of gore since there are several body horror scenes. Bloody as it is, the movie also has a touch of psychological horror and it analyses the most personal dreams and thoughts.

This one is another classic. Kubrick took horror and twisted it in a deeply personal way. The director presents horror from the inside. The story of Jack Torrance can be took both ways: we can choose to believe that actual forces of evil turned him mad, or we can blame the demons of addiction. And thanks to Kubrick, these are both terrifying alternatives.