'The Nun' joins 'Annabelle' as another spinoff from 'The Conjuring' films 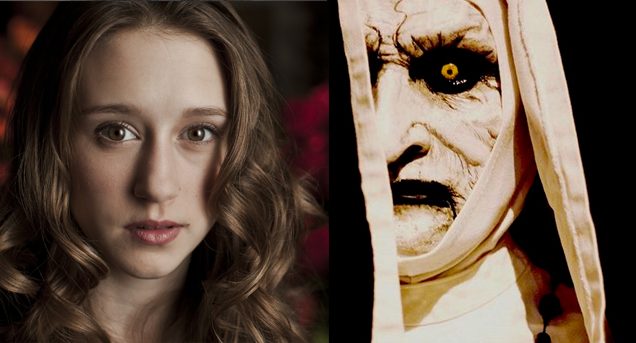 As reported by Deadline this week: Taissa Farmiga has been cast in the title role of horror flick The Nun. Taissa is the sister of The Conjuring‘s Vera Farmiga, and is no stranger to horror. Taissa starred in several seasons of American Horror Story, and I loved her in the underrated 2015 slasher The Final Girls. She will play alongside the previously cast Demián Bichir, (The Hateful Eight, Alien: Covenant) as the younger, still human version of the evil nun seen in The Conjuring 2. 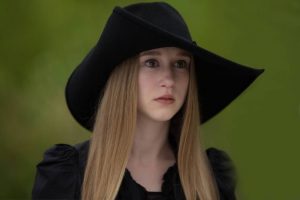 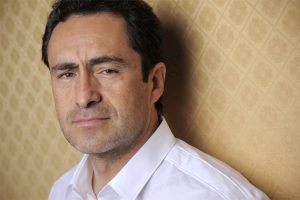 The basic premise of the film, which has mostly been kept a secret up to this point in time, is that Bichir will play “a priest named Father Burke, who is sent to Rome to investigate the mysterious death of a nun.” The demonic nun first came to life in The Conjuring 2 from a painting by paranormal investigator Ed Warren (Patrick Wilson) and later attacked his wife, psychic Lorraine Warren, played by Vera Farmiga. 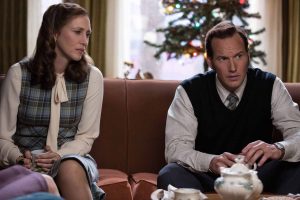 The character of the nun, was not involved in any real life cases of Ed and Lorraine Warren. She was something that was thought of at the last minute by Warren and writer-director James Wan, midway through filming of The Conjuring 2, and required some re-shoots to add the character in. The original specter was a demon character with horns. The sinister nun was one of the best jump scares in the film and fans wondered who she was. After hearing how much audiences were affected by the ghostly nun, the studio green-lighted the spin-off. 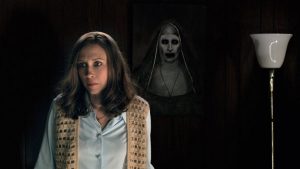 New Line began developing The Nun last year, shortly after The Conjuring 2 opened.  James Wan and Peter Safran will produce the spin-off. Wan directed both The Conjuring movies, produced the sequel, and Safran, was producer on both movies. The current script for The Nun is written by Wan and Gary Dauberman. British director Corin Hardy will be joining the team.

The second chapter of The Conjuring’s first spin-off Annabelle; Annabelle: Creation is scheduled to hit theaters on August 11, 2017, with The Nun still a year after that with a release date of July 13, 2018.

Are you looking forward to another The Conjuring sequel- or have audiences had enough?