Ownership comes with a heavy toll for some horror fans. 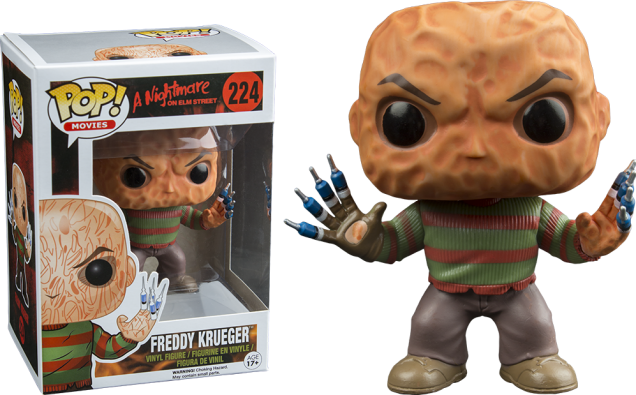 Funko has been knocking it out of the park with their recent Pop! Vinyl releases and announcements. The cartoonish figurines with oversized heads (and usually no mouths), once merely fodder for comic-con gift bags, have become coveted treasures sought by casual and extreme memorabilia collectors alike. Their catalog of Horror Icons is ever expanding with some seriously exciting new arrivals. Most notably…

Funko just released a long overdue Pinhead Pop! Vinyl figure in August—complete with mini Lament Configuration and a full set of tools on his torture belt. You better believe I scooped mine up in a hurry! (Did I not mention that I’m a connoisseur myself?) Now we just need Chatterer, Butterball, and the Female cenobite, and The Order of the Gash will be complete! 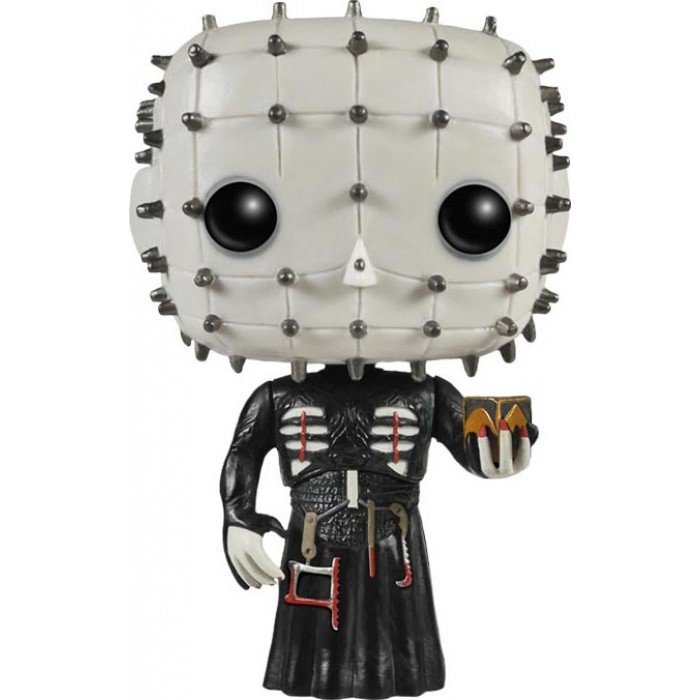 Horror fans applauded July’s announcement that Funko was tacking the scariest movie and character ever, that being (of course) Regan from The Exorcists. The fact that they would even attempt such a humorless character is exciting, but the green puke on her nightgown make this a must-have. Estimated release: October 2015. 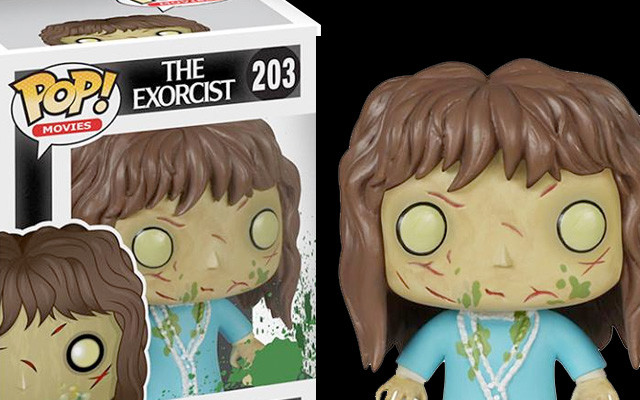 In what seems like a precedent, Funko announced in July a character from the yet-to-be-released Guillermo de Toro helmed supernatural gothic Crimson Peak (scheduled for theatrical release on October 16th). This hardly seems like a gamble, though, considering early reviews of the film have been phenomenal, and “Mother Ghost” certainly looks like a future icon—creepy even in miniature. 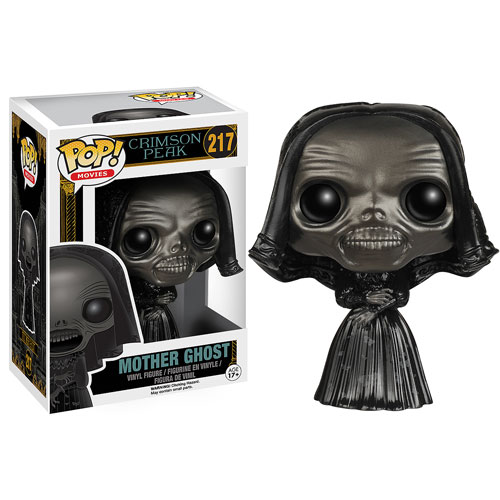 But in a recent announcement that thrilled Horror aficionados and collectors to no end, Funko may have outdone themselves—not with a new icon, but with the reinvention of a heavyweight: Fans can look forward to a hatless Freddy Krueger with syringe fingers circa Dream Warriors 1987, a tribute to his epic dispatching of former addict Taryn (played by Jennifer Rubin). “What a rush!” Feast your eyes below! 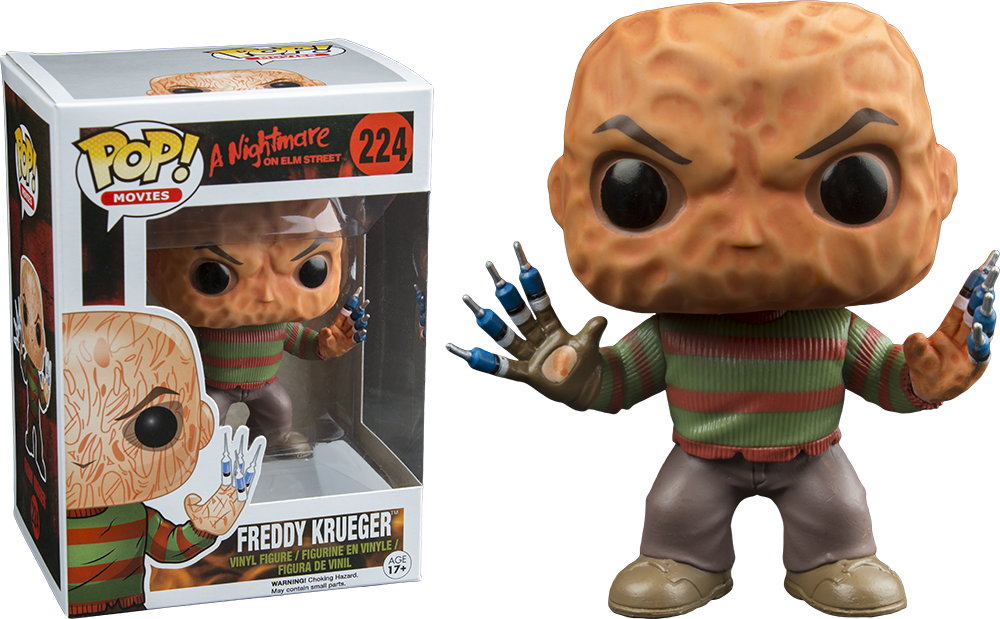 But there’s a catch…

Along with the Hatless Freddy announcement came, what is for me, an uncomfortable caveat: The figure will be sold exclusively at Hot Topic stores. While it might not be a big deal for some, I personally haven’t willingly been inside a Hot Topic (much less a shopping mall) since I was in Jr. High! The idea of actually patronizing such a plastic emo-girl establishment is kind of horrifying. In general, forcing hardcore horror fans into that diluted bastardization of Goth culture is, well—it’s fucking cruel!

Anyone old enough to remember Dream Warriors’ release is currently in their 30’s, which makes selling these gems exclusively at teen-centric Hot Topic especially abhorrent, am I right? Downright disrespectful! But here’s my dilemma: These epic needled Freddys have already been spotted at Hot Topic locations on the West Coast, which is my coast and therefore exciting—and infuriating!

Okay, fine Funko, you win. I’ll walk the seven circles of Hell if that’s what it takes to bring one of these burn-faced beauties home with me. Tomorrow morning, I’ll brave the local mall-strocity, with plans to liberate at least one hatless Mr. Krueger before introduce him to the rest of the boys in my Horror Icons collection. I’ll keep you posted…

As you can see from the picture below, I was successful in my endeavors! Yes, stepping inside a Hot Topic was hellish, but finding and procuring the last two syringe-fingered Freddys made it worth enduring the torture. If you’re hoping I’ll perform another death-march into that emo abyss in order to snag another one for you or a friend, I quote Freddy himself: “In your dreams!” 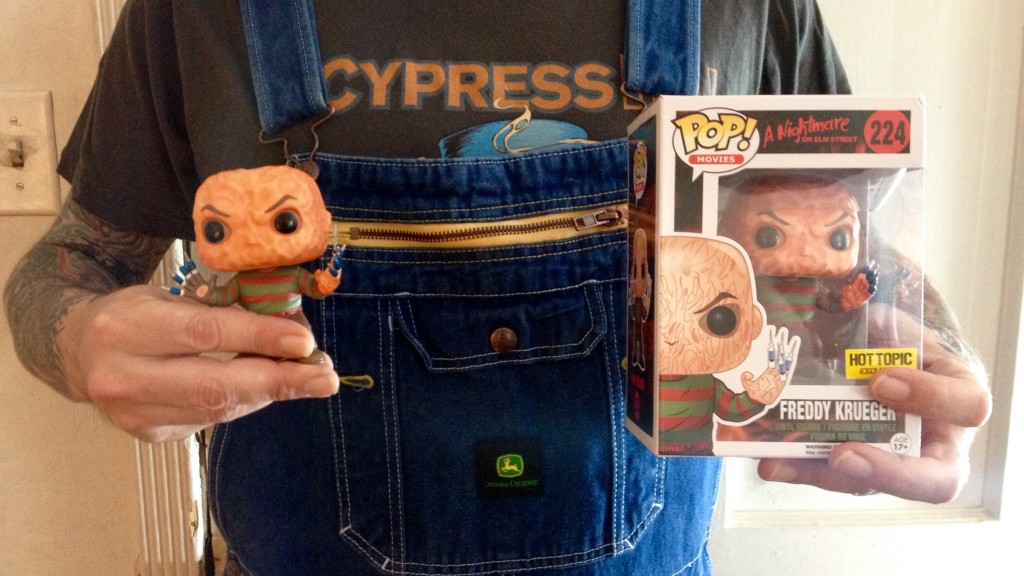 But do feel free to be excruciatingly jealous. I would be!

Are you excited about the release of a hatless Freddy Krueger with needle-fingers from Funko? Will you be brave enough to venture into a Hot Topic to by one? Sound off in the Comments section!