Hungry for a new zombie comedy? Then ‘Santa Clarita Diet’ is for you!

Satisfy all your cravings 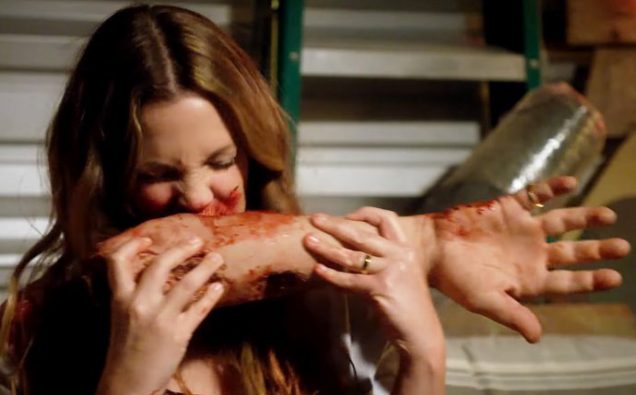 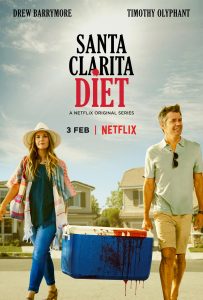 There’s a new zombie on the block and it’s…. who? Drew Barrymore? Premiering on Feb 3rd, Netflix brings us a delicious new comedy about family life and oh yeah, being undead. Now I realize that being the zombie lover that I am, that this show would instantly interest me. But I think that this quirky new series will appeal to a large audience, even folks who traditionally would never watch a zombie flick.

Santa Clarita Diet stars Drew Barrymore as Sheila, a realtor who after feeling sick, apparently dies and becomes one of the undead. She had a wonderful happy suburban life with her hubby Joel (Timothy Olyphant) and their kids, and they decide to keep it that way. But here is where it gets messy. (Ya see what I did there?) As a family they have to make sure mom has enough human flesh to satisfy her cravings and much like one of my favorite shows, Dexter, they only take out people who deserve it. As it turns out, as a zombie she is more energetic and confident than ever before, she just has to try not to eat her family or friends.

If you didn’t see the commercials that came out on Golden Globes night…check out one here. They are very funny. 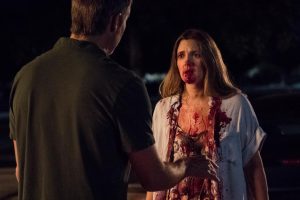 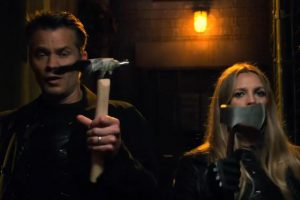 Victor Fresco, known for Better off Ted and Andy Richter Controls the Universe is the creator of this unique twist on the zombie trope. Netflix is the perfect place for a show like this and I am hoping it does really well. What I’ve seen so far is super fun and entertaining.