I Am Not A Serial Killer: Monstrous heroes and sympathetic villains

Not often a book adaptation is decent 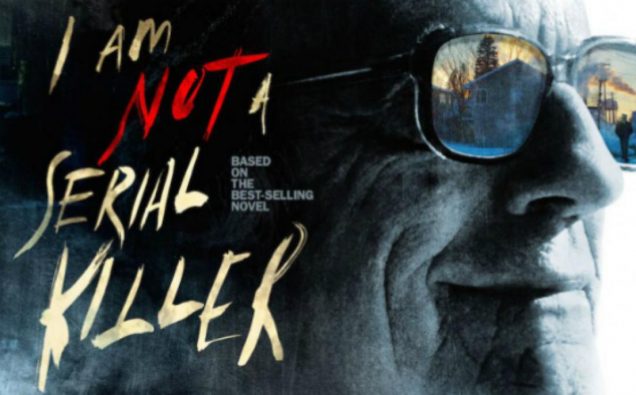 A while back, a friend of mine suggested I read a book called “I Am Not A Serial Killer” written by Dan Wells. I finally relented and did just that. Aside from presenting what, in my opinion, is a lack of understanding of serial killers, psychopaths, and the lines that separate them, the book was amazingly creative and well written.

It tells the story of a teenager named John Wayne Cleaver who, as it would happen, presents all the warning signs of a serial killer in the making. This is something that he, his family, and his shrink are all aware of and John has set himself rules to follow to try to avoid that future and live a normal life. Suddenly, people around town start getting butchered and John notices certain patterns. As obsessed as he is with killers, he can’t help but try to figure out the mystery.

This movie adaptation was done pretty well. I was impressed how it managed to adapt such an inner-dialogue heavy book into a film without relying on something cliche like voice overs to convey the protagonist’s thoughts. Everything is delivered naturally and coherently, sticking well to the book’s main plot points overall. In fact, the only real divergence, and my only complaint, is the film’s ending which is simplified and feels a little rushed, lacking some of the emotion from the book.

The acting was superb. Max Records, a relatively unknown actor, played a very convincing unstable youth opposite none other than Christopher Lloyd in an interesting role as the film’s antagonist. Lloyd is quirky as always, but delivers some truly menacing moments which are firsts, to my knowledge, for the actor.

Overall, the film, like the book, portrays a very striking dynamic between a psychopathic protagonist saving the day against an antagonist committing atrocities for the sake of a loved one. As the plot progresses, one finds oneself questioning who is the real monster in the story?