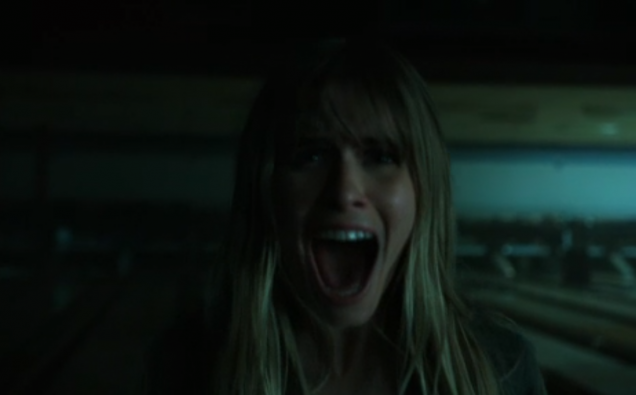 First off, let me just say– HOLY SH**! What an episode! What an ENDING! Seriously, the ending gave me the chills.. totally unexpected and totally gruesome! Scream just keeps getting better and better and is progressing into something spectacular.

In the Trenches starts off with an injured and confused Piper waking up in the abandoned building to find Will missing. [In case you missed it, in last week’s episode, Will was kidnapped and drug off by the killer.] Will wakes up in the killer’s lair, duct-taped and terrified as the killer motions for him to shush up.

Kieran drives Emma to school that morning, and the couple has a very passionate PDA moment in the school parking lot. As Emma prepares to head into school, she receives an odd text from Will saying how he tried to fix things last night but failed. Shrugging it off, Emma heads to class.

Emma meets up with Brooke and Jake in the hallways to try to see if they knew where Will was. Neither of them had seen him since the day before, and said he was probably just hungover somewhere. Piper then shows up and tells the gang they need to come with her.

Piper, Emma, Jake and Brooke arrive at the warehouse where Piper explains what happened the night before and shows them a chilling message that was spray-painted on the wall: NO COPS EMMA. Soon after, Emma receives a call from the killer telling her that she can find Will by playing a game of hide-and-go-seek with him. Emma races off to find Noah and see if he could track down the location of Will’s cell phone with his expert computer-hacking skills.

Brooke goes to her father’s office to confront him about the alarming video of the body in the trunk of his car and Will’s mysterious disappearance after meeting with him. The mayor plays dumb and tells Brooke that he doesn’t know what she is talking about and that the video is “not what is seems.”

Noah is able to track Will’s cell phone signal down to an abandoned bowling alley on the outskirts of town. Noah, Brooke, Emma and Jake all head down there to try to save Will. Emma was supposed to have dinner with Kieran, her mom and the sheriff that night but asks Kieran to cover for her. 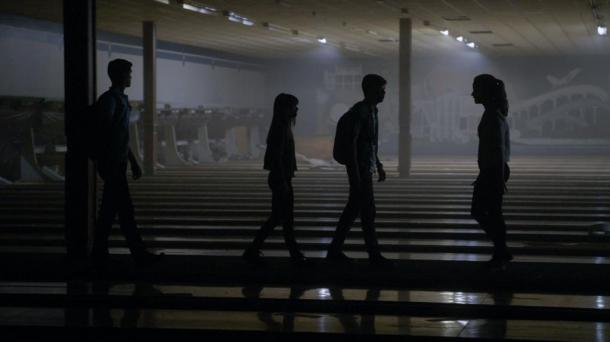 The crew splits up when they arrive at the bowling alley and begin searching immediately. Jake tries his hardest to win Brooke over, which ends up coming off as being pretty creepy by the way. Jake then steps away to go relieve himself when the killer suddenly appears. Brooke runs for her life and finds Noah and Emma who had just come across Will hanging from the ceiling.

Emma pleads for Will to wake up and is afraid he is dead. At the last second, Will wakes up and for the most part, seems okay except for some back pain. Audrey then calls Noah, and he tries to explain what is happening but Audrey could only make out bits and pieces. Emma looks at Will’s back to see the killer had carved “B4” into it. Emma finds a tape labeled “Play Me” just as some creepy song starts playing over the loudspeaker.

Kieran, the sheriff and Maggie sit down for dinner when Kieran says he is going to go pick Emma up. Weird timing, eh? How does he even know where she is?

Emma runs off and leaves the group to go find the radio to play the tape. The killer tries breaking in to the room Emma, Noah, Brooke and Will are holed up in. Brooke finds Jake, who was stabbed in the chest. She is able to pull the knife out as Jake lets out an excruciating scream of pain.

Emma finds the tape player, and plays the tape and to her horror, it’s her dad talking about how Maggie slept with Brandon James. Emma than hears Jake’s screams and runs to go find him. The killer emerges and tries grabbing Emma but Will tackles him. Numerous police then arrive and the killer escapes through a side door. Seconds later, Kieran emerges from a back door and runs up to Emma to make sure she’s okay. Emma seems suspicious that Kieran was there but he explains how he heard the call on the police scanner.

Kieran and Emma the next day are in Emma’s room when she pretty much breaks up with him not knowing what is that she wants. Will calls Emma, and the two happily talk and he invites her over to watch movies. Emma shows up at Will’s house when she recieves a call from the killer telling her the game is not over yet and that she better run. 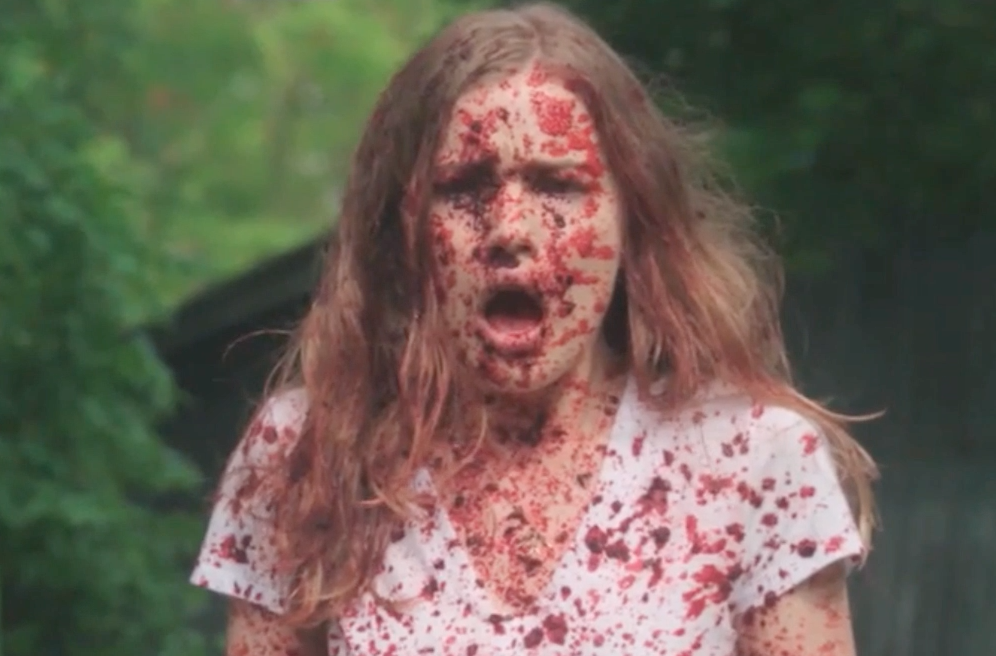 Frantic, Emma runs and finds Will sitting in front of a scary, large farming machine. She runs to go help him when she trips over a wire than then activates the machine. Will is sliced and diced in front of Emma while his blood is sprayed all over her body. The look of horror on her face was spine-chilling to say the least.

Now, I feel like this episode did a lot to paint the picture of Kieran being the killer. I mean, he disappears right when the crew is attacked at the bowling alley then mysteriously suddenly appears there. Will also displays his jealousy of Will right before he is murdered. And of course, there wasn’t even a body-count until Kieran moved to town. But perhaps, this is what the writers want us to think, before they throw another ratchet into the story placing blame on the real killer.

I crossed the above four off the list because they all had scenes where the killer was present, making it not possible for them to be the killer. Well, unless there is more than one killer I suppose.

Right now, I am still stumped. The twists and turns in this show are mind-bogging but in a good way. I can’t wait to see what the remaining three episodes bring to the plate and to find out who the killer really is. Ultimately, I know it will tie the past and present together so I am eager to see where the story goes.