When there are no new ideas left in Hollywood, the sequels and remakes shall walk the earth 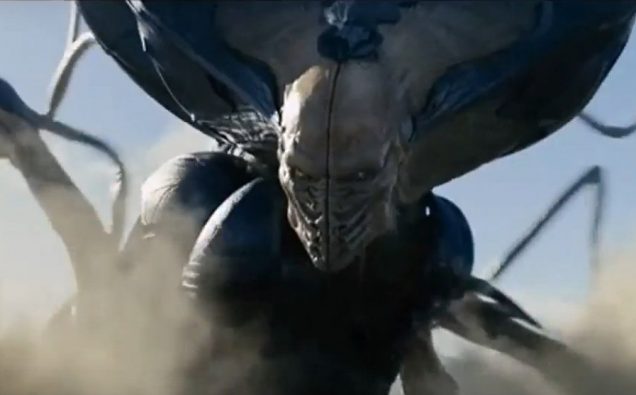 Independence Day came out 20 years ago and by all accounts it is a classic. A tale of mankind coming together to battle insurmountable odds starring a brilliant cast such as Will Smith and Jeff Goldblum. Well, 20 years later we are given a sequel. Because a movie that successful is bound to still have some money to squeeze out of it, right?

Independence Day Resurgence (aka Independence Day Look at How Big That CGI Thing Is) came out this past weekend and showed us the second battle in what is now a Hollywood franchise that will surely only end when it has been stomped into the dirt with shittiness. For it has been foretold that when there are no new ideas left in Hollywood, the remakes and sequels shall walk the earth. And like a shambling zombie, Independence Day is resurrected after two decades as a shambling monstrosity barely resembling its former self.

Now, don’t get me wrong. Sometimes I enjoy stupid, fun movies that are just full of explosions and action. From that perspective, I actually enjoyed the film immensely while watching it. But as I had time to process what I had seen in the days after, I came to realize just how far this now-franchise has fallen from its roots.

While in the original film, everything tied back together and every character served a purpose in a grand intertwining story arc, here we are more given a story held together entirely by nostalgia and CGI. I mean, the father of Jeff Goldblum’s character returns for absolutely no purpose than to say “Hey, look! It’s that guy from the first film!” Mad scientist Dr. Okun from Area 51? Remember how an alien killed him after using him as a meat puppet? Nope! He’s back because reasons. Nostalgia reasons. He wasn’t dead, he was just in a coma! Well, of course!

Oh, and this movie’s plot? Very complex formula. I’ll try my best to explain it here. You see, basically they took everything from the first movie… and made it bigger. Now, I know this level of complex storytelling may be hard to follow, but stay with me here. Big, one-mile across spaceships? Please! What is this, the 90’s? No, no, no, we are given a spaceship that is 3000 miles across! Remember those aliens? You know, the ones that were barely ever seen, really only serving as a plot device representing a threat to the world capable of uniting mankind? Oh, we see lots of them now. And they have a queen. You know, because that concept is not copyrightable so screw you Aliens franchise. Now, stay with me, remember the plot? Bigger, right? So, of course the queen has to be 50 ft tall!

Essentially, Hollywood decided to try to make up for lack of story with excess of spectacle and, while succeeding in making a decent popcorn flick, has failed to make a film that could possibly be marathoned with the original without making the viewer extremely confused as to what the hell happened. And as the film ends with the foreboding promise that now the humans are actually going to go into space to take the battle to the aliens, we are left with the realization that what made the original movie great has been completely lost. One can only hope that the underperforming box office numbers of Resurgence are enough to put a bullet in this zombie-franchise’s brain.