An Interview With Primal Director and Writer, Michael Cantu 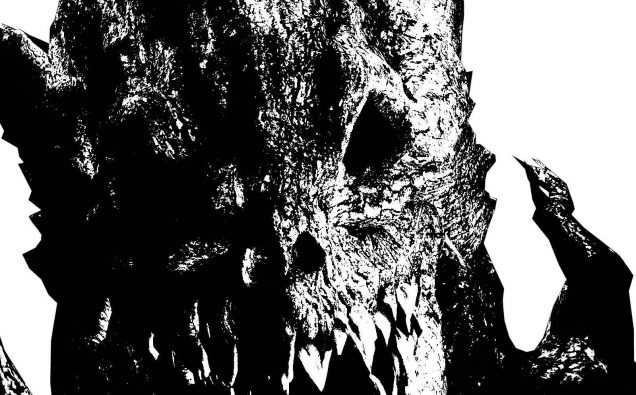 Michael Cantu is a professor who teaches film making in Texas. He has been working on “Primal,” an Indie horror film for the better part of 4 years. The Indie horror Primal is set to enthrall audiences with well developed characters and a terrifyingly deadly monster. With a killer script finished, Foley FX artists and a composer on the ready, Primal is almost ready to get started! You can follow the Primal Facebook page for more updates on the film. In this interview me and Mike talk about his influences, the terrifying design of Primal’s creature Wendigo, and more! 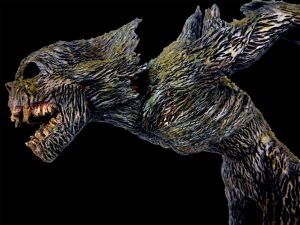 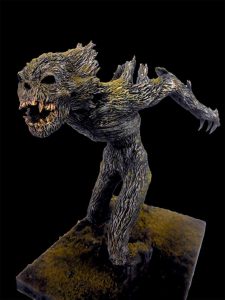 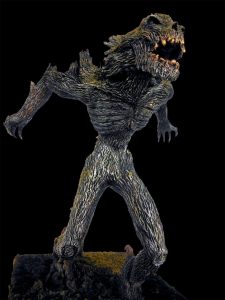 Hi Mike, always good to speak with you. Glad to have you here on the Blood Shed for an interview! And looking forward to getting everyone hyped for Primal as we gear up to launch the initial animation teaser! To start off, how about you give our readers a bit of your background as a screenwriter and director.

Its a real pleasure to be here! Just to give you some background, I started directing and screenwriting when I was fifteen. Running around with an old VHS camcorder that my Dad purchased for me at SEARS. After that, I studied at the University Of Texas At Austin and graduated with a Bachelor’s in Radio TV Film. My career took a detour into Broadcast Journalism whene I worked with Univision for ten years, after that, I made the jump to teaching film at my old high school, Harlandale. I have written many scripts since graduating from UT. In 2005 I placed in the top 1000 screenplays for Project Greenlight with MALIGNANT, a horror screenplay about a genetically altered parasite, afterward I made the top 10% in Script Savvy with my Action/Horror screenplay, ANGEL DE MUERTE. Just recently, I optioned my first screenplay, RED ROOM with Status Media and Entertainment.

How long have you been teaching film? And what is it like to inspire your students to pursue film making? Do you try to focus a lot on horror, or cover a variety of genres?

I have been teaching for the past seven years and have been privileged to see many of my students continue into the industry and become successful in their own way. One of my former students, Drew Garces is now in New York, pursuing his dream while a second, Stephanie Garza, actually started a Fraternity at UT Austin for film students and now works at NBC! As far as what I love to write about, I have tried my hand at quiet a few genres; however, my first love is definitely Hitchcockian thrillers and a good old fashioned horror story. I gravitate towards the light fighting it’s way out of darkness, it’s just a more powerful archetype and audiences gravitate toward heroes and heroines with their backs against the wall. No one goes to the movies to see the rich guy get richer and make people’s lives more miserable. Everyone loves an underdog story. Horror is DEFINITELY an underdog story.

I understand Primal took several years of work to write. And it shows in the script. It strikes an awesome balance between drama and horror – I was enthralled from the initial setup, and impressed with the level of character development and depth to the story. You’ve got this awesome creature designed, and yet you only introduce this element of the film pretty deep into the script, once the characters have been fully fleshed out. What were some of your influences on the film? I definitely felt a bit of a “The Descent” vibe, in that a few of these characters were survivalists – not just cannon fodder or red shirts.

Initially, PRIMAL took a month to write. My fellow collaborators and I got together after I wrote thirty pages of set up, where the tragedy is introduced, the main character is living with his guilt and then we get them on the road. The problem was that I had given Barry, the main character ALL of the character development and was in danger of creating card board cut outs with the other characters. We had a story session. Retooled some elements, added more depth to the Native American aspects within the screenplay and the drama really began to play out. Once I had divided the elements that composed Barry into every character, I began to see more dynamics within the story and it wasn’t just a group of idiots running into a monster. What I find most fulfilling about the script is that everyone assumes the monster shows up late in the story, but honestly, it’s present throughout…It’s human guilt and it is destroying them all on some level. The monster is the collected manifestation of their rage, guilt, sorrow, and hatred.

As far as influences for the film, I have to say Ridley Scott is always in the back of my mind when I was thinking about the script. ALIEN is THE CREATURE FEATURE that a director should look at as GOSPEL. It’s beautifully composed, gorgeously lit and has a narrative that just keeps tightening the screws on it’s characters. John Carpenter is also another director that influences me immensely. THE THING had fleshy alien tentacles, PRIMAL has sharp barbed, wooden ones. These two masters kept me going as I wrote the script and developed storyboards. The one thing I can say that separates our film from the typical monster in the woods set up is that the characters have a deep dynamic between them. There are no toss away characters, everyone has a moment.

Let’s talk about the monster. The creature design is epic. It reminds me a bit of Pumpkinhead mixed with the Fear of the Dark version of Iron Maiden’s mascot Eddie. Not only is the creature well designed, but exists organically in the plot, given the Native American cultural influence on some of the characters. What was your inspiration for the monster? How did it evolve from the initial concept art? And who lead the designing process? 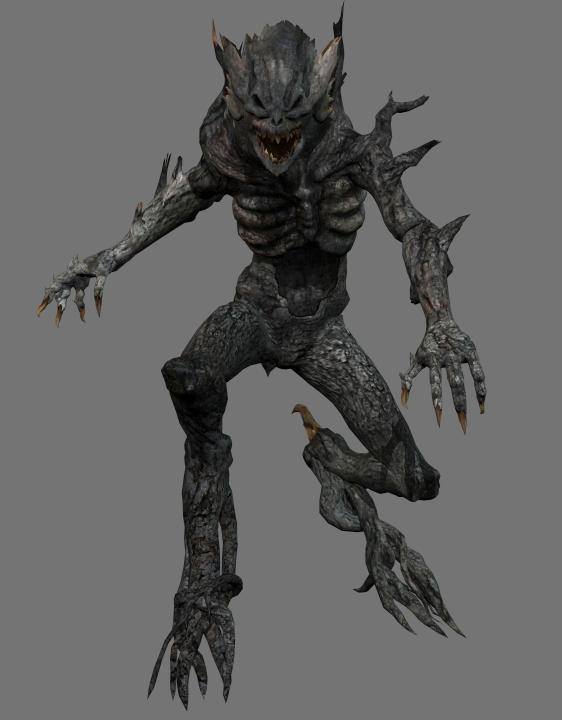 Wen, ah I love our Wen. Wen is short for Wendigo, and I know what most people are going to think, “Isn’t a Wendigo a cannibalistic human?” Well, yeah, my creature doesn’t follow the characteristic inherent in a Wendigo, but, I love the mythology and wanted to fashion mine as more of an elemental embodiment of the myth. The inspiration for the creature came from the fact that I was looking at ALIEN, shortly before I wrote it and I thought, how can I scare the hell out of an audience with a monster design the way that Scott did in ’79? Then, boom it hit me…We are in the woods…Trees at night…spooky…Tree monster that you can lose sight of easily within a forest…it was begging for a design. Being a decent artist, I tooled around with the design for several years until I had a decent design that I incorporated into my storyboards which I used to shop around the idea for an animation to a CGI artist. Fred Smith, our animator took a look at the storyboards and was eager to animate the scene. We’ve both contributed our design ideas to the process and at this stage we have created a physical representation of the creature which Jason Vines put his own stamp onto. It’s a mixture of a lot of talented people, but all the while I was gently guiding it where it needed to go and fan response has been phenomenal!

Indie horror Primal is scripted, the creature is designed, you’ve got a Foley FX artist, me composing (and I am very excited to get started), and now it’s the budget raising stage. How can the readers help support the film? I know we’ve got a good deal of T-shirts ready to go.

Honestly, right now, the best way to support this film is to buy a t-shirt. We are selling tees on www.cafepress.com/primalfilm and everyone can take home a t-shirt featuring a design by our animator, Fred Smith. If we sell 60,000 units we have a budget to create the film! It’s not a huge amount (of shirts to move) and it’s totally doable. Not only can the fans snag a shirt with a cool monster, they get to be part of putting the film together because they had a hand in helping Wen come to life, and if they could snap a pic of themselves in the tee and post it on our Facebook page we will totally include their name in the credits as an associate producer. 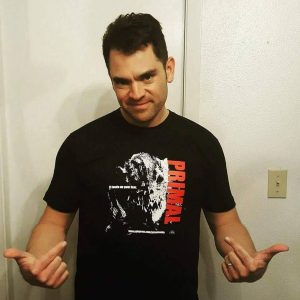 I like that approach, seems a bit more beneficial for all involved, as opposed to just starting a crowd funding campaign. So when can we expect to see the first animation reveal?

The animation is being tweaked and we want to make sure that we render everything correctly, add final touches for blood fx, and place an opening logo at the beginning. We are thinking it will be ready to go in a month. We can’t wait for everyone to see it! 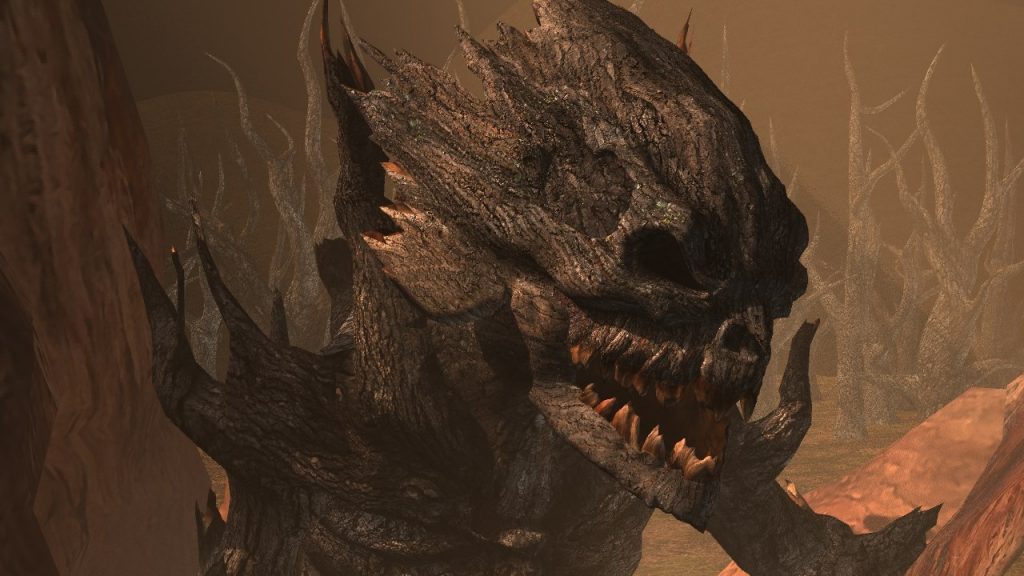 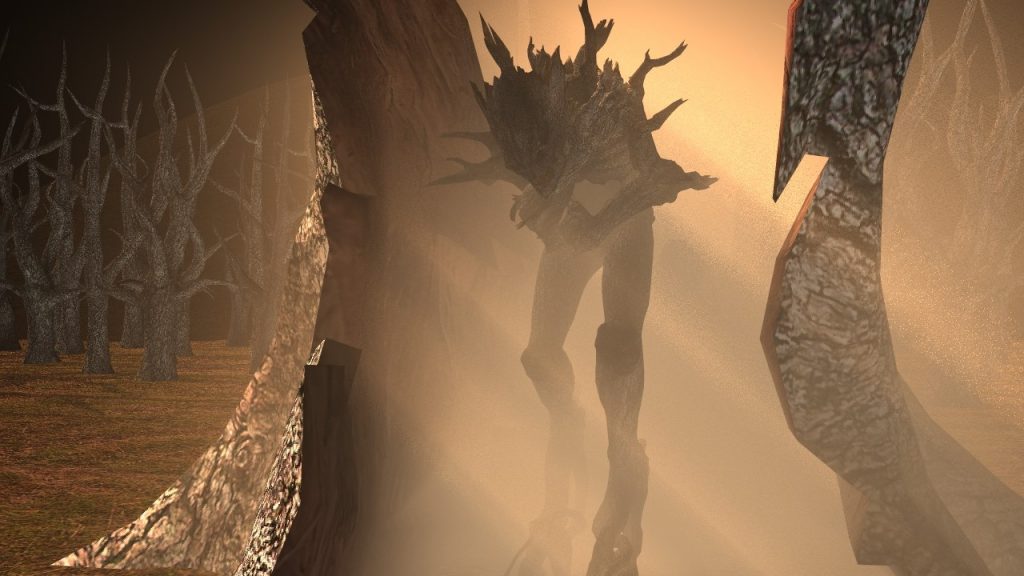 I have several influences to bring up. Sam Raimi’s visual energy is definitely one that I love, I have to be careful though, sometimes it can go over the top and that can be awesome, but when you are telling a grounded horror story, sometimes the visual tricks need to be more subdued. What’s really funny is that there is one director, one director I swore I would never watch again…It was back in 1993 when Alien 3 came out. It was David Fincher’s first film. I walked in and I LOATHED that movie. I was so upset I wanted to find Fincher and grab him by his jacket and scream, “WHAT THE HELL DID YOU DO TO THIS FRANCHISE!?”  Years later though, you find out that none of the calls that screwed up the film were his and that even he hates it, won’t even talk about it in a commentary. Then, I go to see SEVEN and realize he’s totally amazing. Loved everyone of his films since then, especially THE GAME. One of the more recent director’s that I love…LOVE, is Fede Alvarez. Jesus, that man can direct! He’s like the perfect combination of Hitchcock, Raimi, and Fincher all rolled into one. Of all these directors, I look for bits and pieces that move me and make me want raise my game to their level. I don’t want to steal ideas, I want to produce more refined work.

Anything else you want to mention before we get going?

I would like to thank you for this time to speak about our film, PRIMAL, and I would love to invite everyone at The Blood Shed to be a part of our PRIMAL family and help make a nightmare come true, because, if you do and everything goes well, we have special surprise waiting at WAMAX, a Chinese toy manufacturer. Yeah, see, they want to make an eight inch version of Wen as a collectible, but the only way we can do that is if we get a budget going. Also, if that happens and we sell those figures, the people that buy them get upgraded to EXECUTIVE PRODUCER STATUS in the film!  Just wanted to share that!

Thanks for chatting with me Mike. I very much look forward to working on this film’s soundtrack and appreciate you taking the time to talk on the Blood Shed with me this Halloween evening!

Support Indie horror Primal by purchasing a t-shirt over at Cafe Press. And be sure to follow the Facebook, an animation showing off the creature design lurks around the corner and is ready to pounce! 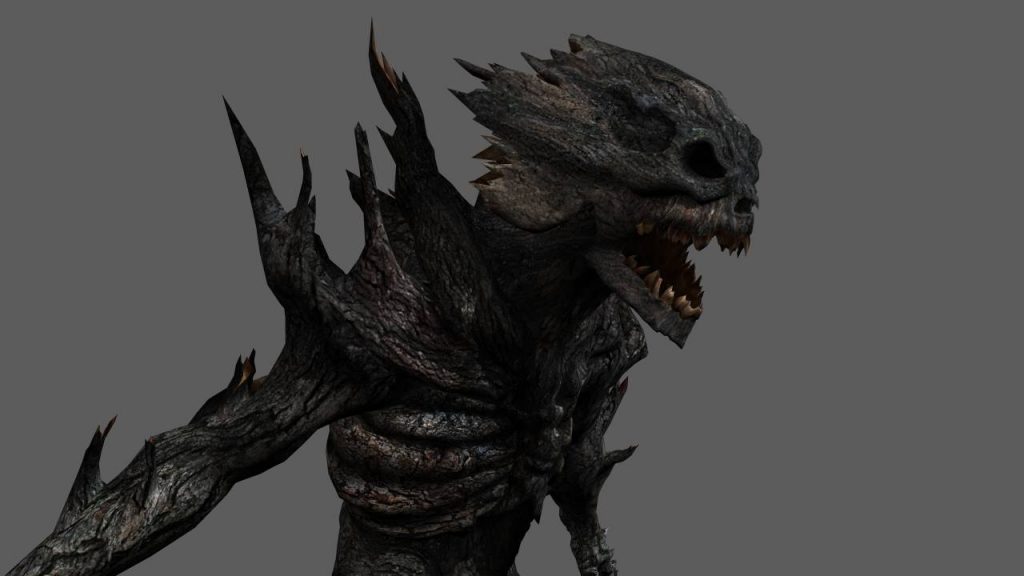