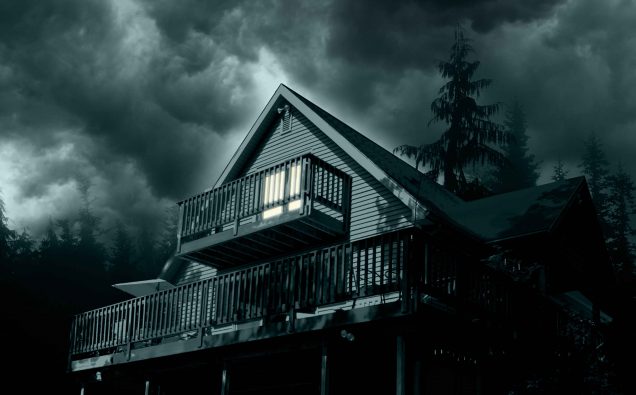 If there was a textbook called “Things Not to Do, That Everyone Does in Horror Movies” then the horror thriller “Silent Retreat“ would be the perfect example. This film does an excellent job reminding us why going to isolated cabins in the woods are not a good idea. Here is the plot for “Silent Retreat” as described to me by director Ace Jordan. “Six members of a media company go on a weekend business retreat at an isolated lodge in the woods. When one of the members goes missing, they discover that the lodge was formerly a private mental institution that had been shut down after allegations of unethical behavior. One by one, the co-workers fall victim to the dark secrets buried at the lodge.” 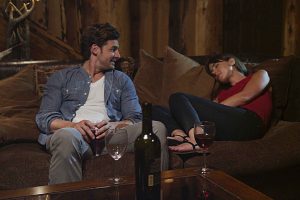 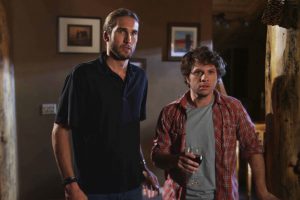 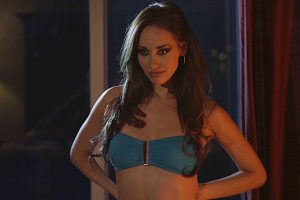 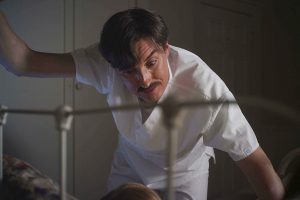 Reminding me a little bit of the 1960’s movie “Ten Little Indians“, this campy thriller is definitely worth watching. The characters are all well written and competently acted. Some funny, some nerdy, some creepy, a couple that are very sexy and an amazing little boy who is cute, but still manages to be super creepy/scary. I loved the cinematography and the soundtrack is perfect. The movie’s look does not give away that it was done on a micro budget, the way some indie films do. Knowing there are very few new ways to write the isolated cabin in the woods story, “Silent Retreat” manages to have a unique new twist at the end; one that even jaded me didn’t see coming. 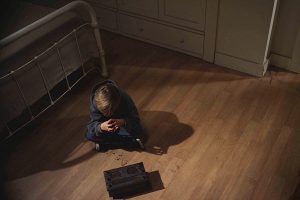 Oddly enough I met Director Ace Jordan at a paranormal event where we were hoping to see some ghosts. No matter how hard we tried we didn’t see anything supernatural that night, but I got a chance to talk to him about his movie and I asked him some questions a few days later.

Los Angeles Zombie Girl: Ace, how did you get started making movies and how long have you been doing them?

Ace Jordan: “I starting writing original screenplays and trying to sell them when I was 13. Right after I finished high school, I got hired to write two teleplays for an HBO show about Medal of Honor winners that was in development but never produced. I made my first short film when I was around 25. I started working as a camera assistant on movies and commercials around the same time. The DP I had been working for started to do more post production work so he could spend more time with his kids. I began assisting him with various editing projects and eventually became a pretty good editor. I started my own post production company and edited commercials, documentaries and educational videos. In 2010, I wrote and directed my first horror short “Kill Devil Hill”. A few years later, I wrote and directed “Silent Retreat“.

ZG: What inspired you to write and make “Silent Retreat“?

AJ: “I’ve just always wanted to make movies. Horror is one of a very few genres that you can pull off well without a lot of money. “Silent Retreat” was the right project because it was a high concept idea that had a small cast and limited locations. We filmed primarily in Big Bear, CA. We also filmed in Angelus Oaks, Trabuco Canyon and Silver Dream Factory in Anaheim.

ZG: What is next for you?

AJ: “I am currently seeking financing for two new horror films. I’ve been talking to members of the production and development team at Blumhouse and I’m hoping I can do a collaboration with them. The other executive producer of “Silent Retreat” is forming a new production company and we are talking about possibly doing some films together, so we shall see how it goes.”

ZG: Anything you want to tell us about the movie?

AJ: “As of right now, the film is only available on DVD and VOD. Although, I don’t know if it will be playing in theaters internationally eventually. There are a ton of special features on the DVD, including a director’s commentary, interviews with cast and crew, and a behind the scenes featurette. For those who’ve seen the film on VOD, most of these special features can be watched for free on my youtube channel Stark0Tube.” 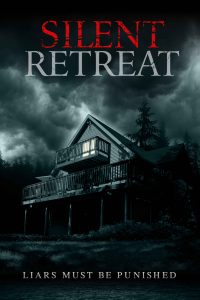 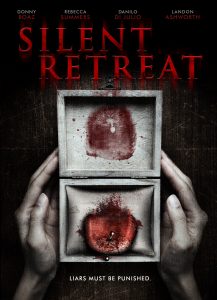