"I never really read the film as a horror to be honest. It was always a drama about a troubled 14-year-old in this harsh world attempting horrific things in search of finding his place. To me that’s even scarier than a simple gore and bloodbath." - Sung Rae Cho 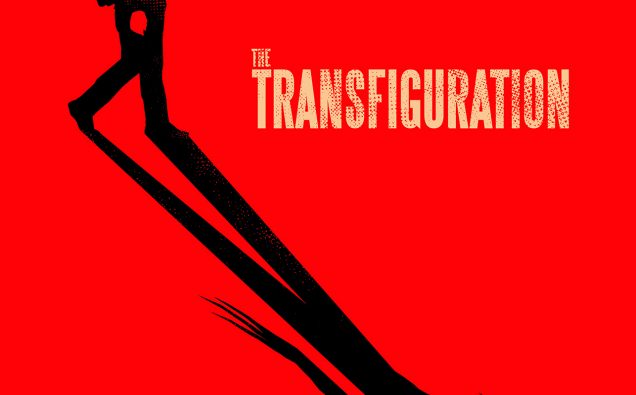 A troubled teen named Milo has immersed his life in vampire lore and film to cope with the reality of life around him. When an isolated young woman named Sophia moves into his building and befriends Milo, that line of fantasy for Milo blurs with the reality of the city, family, horror and relationships in THE TRANSFIGURATION directed by Michael O’Shea. Capturing the isolation, tension, and macabre beauty of Milo’s journey is Cinematographer Sung Rae Cho who shot THE TRANSFIGURATION on a Canon Cinema EOS C500 and an EOS 1D C with cinema zooms and primes. Jay Kay of  THE BLOOD SHED had a chance to talk with Sung Rae Cho about his influences, lighting, the reality of the story and the focus of his filmmaking passion. 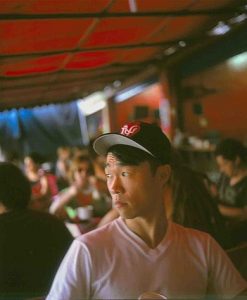 Jay Kay: Thank you Sung Rae for taking some time out to discuss THE TRANSFIGURATION. First, what drew you to horror storytelling and film?

Sung Rae Cho: I never really read the film as a horror to be honest. It was always a drama about a troubled 14-year-old in this harsh world attempting horrific things in search of finding his place. To me that’s even scarier than a simple gore and bloodbath. I think one of the objectives of this film is to question the world we live in can make one child an innocent and ruthlessly violent at the same time.

JK: You are based out of New York City and originally from Tokyo? You have been exposed to two different worlds of history, texture and visual style. How much has your personal experience impacted your visual sense as a cinematographer?

SRC: I’m actually from Kyoto, a much smaller city but rich in history and culture. I must admit my background and my life after I moved to America have impacted how I think and do things, including being a cinematographer. I might naturally tend to see more foreign films than many American cinematographers for instance, I’m more immune to genre or gore of all kinds, and I often find myself drawn to socially relevant projects than the sheer fun of filmmaking?

JK: Discuss how you came to work on this project and with filmmaker Michael O’Shea? Talk about how the 2014 short film MILO impacted your perspective on New York City and the reality, macabre storytelling both films make the viewer experience?

SRC: Susan Leber (producer) and I met on a project I day-played on for few days. She contacted me few weeks after with a script. I sympathized with Milo and loved the originality of the script.

When we met over a Skype nearly 2 years before we actually shot, I had a lot of questions from reading the script. The director Mike O’Shea was able to answer them all. The short version, “Milo,” was just a time for us to find out how we could realize the style and aesthetics we were after.  We did an extensive location scouting of all the places Mike had been inspired to shoot previously. It definitely helped me get into the environment and the psyche of Milo. 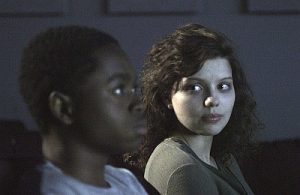 JK: Did you use the same camera setup and lighting from MILO for cinematography on THE TRANSFIGURATION? If not, why and what did this technology bring to the film? If yes, what did it bring to create this the mood, locations, coloring and feel of the film?

SRC: Yes and no. For Milo, we shot with less than skeleton crew and, strictly for smaller distribution/exhibition purposes, I believe a minimal budget. THE TRANSFIGURATION is a powerful story. Michael O’Shea wanted someone to match the performances, story and characters with an honest and powerful visual canvas.

JK: What were your thoughts on that responsibility? What did this film as well as horror storytelling offer you as a visual artist?

SRC: I think my responsibility as a cinematographer, particularly for this film, on so many levels, is to keep everything as real as possible. Indeed this film might be a fiction, but our intention was to make the audience think there might be Milo somewhere in New York.  Any artificial or stylistically excessive camera work could hinder that feel. Simple but bold. We didn’t look at our world like eye candy but the way we see it in real life. Mike and I wanted to be faithful to that approach.

JK: THE TRANSFIGURATION is a love letter to the sub-genre of vampire films for nearly century. You see so many different vampire films influenced in O’Shea’s writing, production, direction and more. What were some of the films you looked at for framing, lighting, color, motivation and capturing those moments we experience in THE TRANSFIGURATION? How much did Larry Fessenden’s HABIT, George Romero’s MARTIN and Tomas Alfredson’s LET THE RIGHT ONE IN influence? 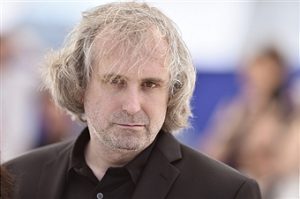 SRC: To be frank, those titles are more of big brothers to our film but not directly related ones. Like Mike, I am a fan of all the titles, but aesthetically speaking, not so much.

JK: What was the conversation between you and Michael when it came to the overall feel and visual chaos of the opening scene of the film? What was the thinking behind Milo’s hunt and feeding scenes? How much of challenge was it find the emotion and danger in Milo’s eyes?

SRC: The opening scene was a part of the short version- it was always clear that the audience should not to know what’s happening behind the bathroom door. Suspense was the key. All feeding/murder scene were more strategically photographed since it involved SFX, but also because those are the moments that Milo becomes someone else, in a way. And importantly, they were just about the only horror elements of the film that we could capitalize and have Milo become like those films he watches.

So we storyboarded, comparatively more shots, etc, for those scenes. Milo in his execution mode is always COLD. This is his ritual and what he lives for. He’s not doing it for fun. He’s doing it because to him that’s the right thing to do for his salvation.

JK: Can you talk about the camera setup and the framing for the relationship between Eric Ruffin who plays the lead Milo and Chloe Levine who plays Sophie? It seems that you let any interaction between the couple sit in the first third of the frame going left to right, why? How important was it to let the action develop in the frame? 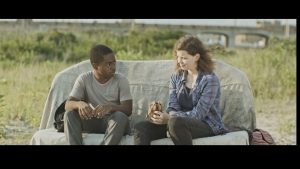 SRC: We didn’t want them to be so dominant in the frame, especially when they were out and about. To us, the environment they were in was very important because it defined who they are and their placement in social system. Keeping them moving from one side of the frame to the other allowed us to capture them in such fashion.

JK: Can you talk about the lighting for Milo as he is on the hunt versus his interaction with his brother?

SRC: Whenever Milo is in his apartment he’s safe from the external danger, and that’s just about one of the very very few real interior locations in the film. Naturally, you see more household lighting and that’s more comforting, if I may say so. It’s quite the opposite when he’s out on the hunt. Almost entire city of New York is lit in some way, but most locations are done so in rather harsh and oppressive scheme. He’s certainly not in his element, then.

JK: What was your thoughts with the lighting and camera spacing within his room versus the apartment?

SRC: Though it changes as the story progresses, he keeps his room dark all day long. Lewis, his brother, is always on the couch day and night and we may get the sense of the time of the day better in that set. As for the space, Milo’s room is a museum of Vampire film memorabilia and the only space he has the complete control of, while the rest of the apartment is shared with his brother. There is definitely more breathing room in the rest of the space, than in Milo’s room. 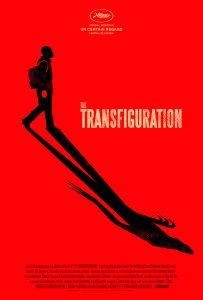 JK: How did the camera and your experience capture Milo’s isolation and tragedy with the world? What was more of a challenge, capturing the happiness or the tragedy of Milo?

SRC: Milo almost never starts conversations.  The other characters do, but even that is rare. Most of the time he’s mute, completely transparent and unnoticed. Mike and I always fanaticized about shooting in a live environment in New York with real people. Milo’s character being so minimal and sterile added to Eric’s subtle acting, that worked seamlessly.

JK: Where can we find out more?

SRC: Please check out www.sungraechofilm.com for more information on my projects.

JK: Huge thank you to Sung Rae Cho for taking the time to talk THE TRANSFIGURATION. Watch the trailer right now for the film at https://www.youtube.com/watch?v=b0tBQWpmGME&feature=youtu.be