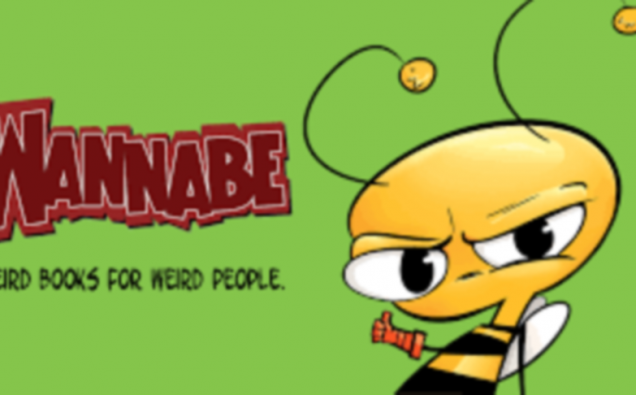 Making indie comics and profiting on them is not easy, let me tell you. But some people make it work. Russell Nohelty of Wannabe Press makes it look easy. With a growing library and a talent for audience building and crowdfunding, his company Wannabe Press is definitely one to keep an eye on. I caught up with Russell to talk about his company and books. Here’s how it went!

Johnny Macabre: Thank you for taking the time for this interview, Mr. Nohelty. You are heavily involved in indie comics and several of them have been some very unique horror stories. What got you interested in making comic books?

Russell Nohelty: I used to work in movies and television, but they take forever to put together. My first manager told me that comics changed since I used to read them in the 90s. I read a bunch of stuff from Devil’s Due and Image. They were incredible. I was immediately hooked. The more I read the more I fell in love.

JM: Very cool. Great companies, although DDP isn’t doing so hot these days. So you were passionate about the medium and decided to make your own. What was your first comic and how did it go?

RN: The first book I ever made is The Wannabes, name sake of my company. It was an 8 page ashcan that I brought to San Diego Comic Con in 2010. The book was about fake super heroes that got real super powers, and the reception was…tepid at best. Every publisher said “why would I buy this when I could just get superhero books from Marvel and DC?” I didn’t have a good answer.

JM: Yeah, it can be hard to compete with the big two when it comes to superheroes… So is that part of the reason you decided to get into some horror stories?

RN: Well I came back from Comic Con and decided that I was going to make the least commercial comic I could image, with the least likely hero I could conceive. A serial killing psychopath who became a hero was what I landed on, and so Ichabod Jones: Monster was born.

JM: Very cool. So, skipping ahead a bit, what are you working on now?

JM: That is a big book! And you are crowdfunding, right? How is that going and what kinds of perks are you offering?

RN: We are crowdfunding through Kickstarter. We launched on Valentine’s Day and raised $11,000 in the first week. It’s been very humbling. Honestly, we are focusing on books with this campaign. We’re mostly offering copies of the Monster anthology, and hard cover copies of Ichabod Jones: Monster Hunter, along with copies of the hard cover of Katrina Hates Dead Shit. However, we also have some original art and personal coaching.

JM: Well, I think it’s fair to say your campaign is doing very well! You actually have had a lot of luck with crowdfunding in the past. We have a lot of readers who are involved in indie horror and use indiegogo or kickstarter for their projects too. Do you have any tips for them?

RN: The best campaign advice I can give is that you have to build your audience before you ever start. I sent out 500 free copies of the book before I ever launched by campaign. I contacted dozens of review sites and provided value every week in dozens of ways, for years, before I ever launched this campaign. Too many creators believe that Kickstarter is a magic bullet, but all it can do is help. It can’t replace good business practices.

JM: That’s some really good advice! Alright, thank you again for taking the time for this interview. Do you have anything else to tell the readers before I let you go?

RN: If you love monsters, check out the Monsters and Other Scary Shit Kickstarter by heading to www.monsteranthologycomic.com