Interview: Reggie Bannister – His career and the upcoming ‘Phantasm: Ravager’

"You play a good game boy, but the game is finished, now you die" The Tall Man 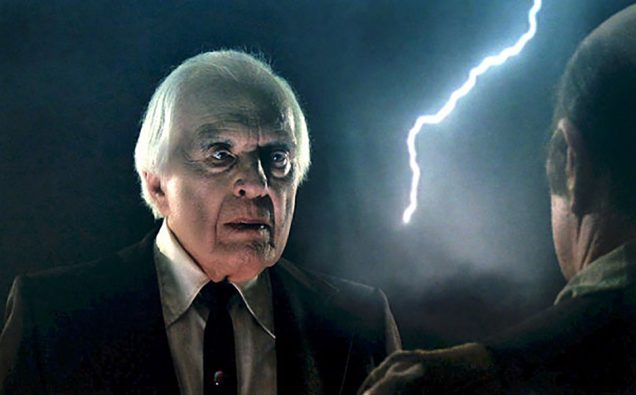 With a new beautiful remaster from JJ Abrams of the original movie, Phantasm: Remastered coming out September 24th and the final episode to the Phantasm saga, Phantasm: Ravager opening Oct 7th of this year, the “Phans” are getting very excited. Reggie Bannister is a friendly, humble man who at first glance you would not expect to have the title of “The hardest working man in horror”, but that he is. Having worked on over 50 feature films including cult classic “Bubba Ho-tep” and of course the Phantasm films, Reggie is definitely a horror icon.  At a recent convention, Reggie, Phantasm’s kickass ice cream vendor, sat down with me to talk about his life in films and the newest (yay!) film in the Phantasm franchise Phantasm: Ravager. 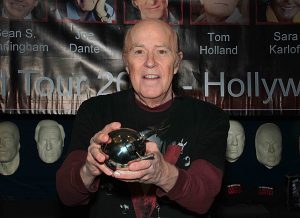 Zombie Girl: Why are you referred to as the hardest working man in horror?

Reggie Bannister: “Because I am!” Reggie laughed. ” It’s been a long trippy ride. I started working with Don Coscarelli in the early ’70s and it wasn’t all horror then. We did film a called Jim, the World’s Greatest and I played O.D. Silengsly. Greg Harrison and Angus Scrimm were in it too. I was a hang glider pilot teaching Gregory how to hang glide off a hill. I did another film where I first met A. Michael Baldwin, which was a coming of age movie called Kenny and Company. Don decided that his next picture would be a horror movie and that’s when Phantasm was born., I’m not too sure how many horror movies I have actually done. I mean, I remember the experiences and when I look at IMBd all kinds of things come rushing back at me and I’m always kind of surprised that I did around 50 some odd films and that most are horror or at least a little off center. We just did one a couple of months ago called The Obsidian Curse and I play a very evil doctor called Dr. Sydow. I was not a good guy. I had a black heart, what can I say? Movies pop up and if I like the script, and it can’t cost me anything to do it, I do it. Horror films are mostly independent projects, and very creative which I really dig. I take it seriously, coming to conventions like this, making appearances and doing interviews, so I can make sure the widest possible audience sees the films and I can tell people about my newest projects.”

ZG: What is your all-time favorite horror movie, that you’re in?

RB: “It would have to be a Phantasm movie. The first one was really a trip because I was playing a lot of music at that time. Don would come and pick me up at the club I was working at like 2 in the morning, when I was done playing, and we’d go up to Big Bear in the San Bernardino mountains, with the ice cream truck and try to get some shots before the sun came up. I was doing double, quadruple duty. I also had a day job, at a place called Sunnyside Cemetery and Mausoleum, in the flower shop. It’s a beautiful place in Long Beach, built in something like 1922 and I turned Don onto that location. Some of the cemetery stuff and mausoleum hallways were shot there. By the time we got to Phantasm 3 it led us to another mausoleum and cemetery in Compton that I found while I worked at Sunnyside and delivered flowers there. It was all kinds of good fortune that I had these locations, that we needed to shoot at. Everybody dug the locations and I was able to get the places at a decent price. It was kind of cool that these cemeteries and mausoleums would allow a horror film to shoot on their premises, but it worked out and it was great.” 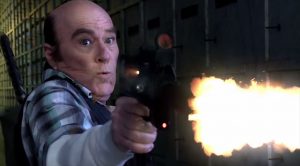 ZG: What can you tell us about the new Phantasm movie Ravager?

RB: “We just finished Ravager, which is the next episode of Phantasm and worked really hard on it for several years. Shooting on weekends whenever we could, coming up with locations where ever we could and we are all producers on it. Don is the executive producer as well. David Hartman, who is a terrific animator and worked for Disney for years is the director and he wrote the story. So it’s me, Angus, Michael, and Bill- the whole original gang back together for a different trip. We all had a great time! In Phantasm: Ravager I am still chasing Tall Man, but I have to finally confront all of the mysteries from the first 4 movies. It’s been working festivals for a while now. It’s kind of the way all the Phantasm movies panned out except for 2 and 3 because they were Universal Pictures. At the beginning we were all flying by the seat of our pants, but it was a great ride, and it isn’t over!”

Phantasm: Ravager will be out October 7th of this year and Phantasm: Remastered will be out on September 24th. RIP to Angus Scrimm who played the Tall Man, who passed away recently. This movie will be a great memorial to an epic man and character.