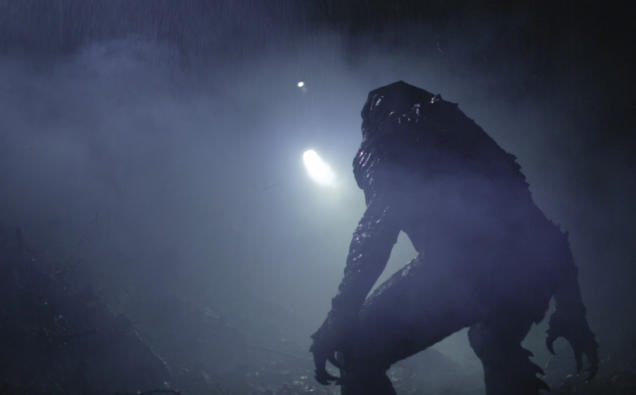 Howdy folks, Jason here. I recently had the opportunity to catch up with Sandy Collora, director of the upcoming practical effects creature film known as Shallow Water. He is currently in the midst of trying to raise funds for the film on Kickstarter, and his campaign currently sits at $75,211 – about 14% of his potential history-making target goal of $550,000. Here’s what all he had to say:

JH: First off, thanks a ton for taking the time to speak with us here at TheBlood-shed.

SC: My pleasure. Things are a little nuts around here at the moment, but let’s do this!

JH: Your upcoming film Shallow Water looks amazing. Tell us a bit about the film and what exactly you’re going for.

SC: Thank you. Shallow Water is my attempt to bring back the iconic horror films of the late seventies and eighties. It’s been far too long since we’ve seen something like this and it obviously isn’t going to come from a studio, so it must come from an independent voice; That’s where I come in. I’ve developed this film for quite some time, writing the script, designing and building the creature, doing storyboards. It’s a very moody, dark, gritty, gory, horror film that doesn’t play to the cheap seats or rely on gimmicks to be scary. It will do that naturally, through the direction and atmospherics. I have a lot of time already invested in figuring all this out. 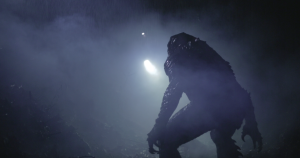 A shot of the creature from behind – looks pretty wicked.

JH: With a lot of over-the-top, intentionally outrageous creature horror films coming out these days, it seems like a creature film that takes itself seriously could be a bit refreshing. In what ways are you planning to make an impact and leave your mark on the creature sub-genre?

SC: By doing exactly what you just said – making a horror film with a realistic, believable creature that takes itself seriously. Making these things parodies or playing to the joke is easy. Doing it for real and doing it RIGHT, like Alien, The Thing or Predator is very hard. That’s why you don’t see a lot of those films anymore. The conceit is a hard one. Making someone believe that a monster is REAL and truly terrifying is voluminously harder than making someone believe a monster is funny or over the top. It’s the easy way out. A ten year old could direct those films. Harsh? Maybe, but those films are made with a ten year old’s sensibilities.

JH: Absolutely, absolutely. So tell me more about the creature itself – it looks very realistic, and honestly, it looks pretty creepy as well. Where did the idea for this particular creature come from?

SC:It’s based predominantly on an alligator snapping turtle. I wanted something truly unique and different. There’s a little bit of Gamera in there, the original Sleestak from Land of the Lost and of course The Creature From the Black Lagoon, but I don’t think it looks like any one of those things. The influence is there, but I think the designs is more turtle-esque than anything. The paint job also makes it different I think. The red extremities, the dark snout. 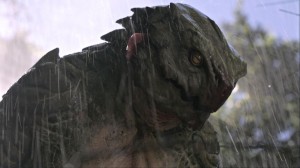 Unlike much of the creature feature stuff that comes out these days, with Shalow Water, Sandy Collora is attempting to create a creature that is actually meant to be taken seriously.

JH: You’re raising money on Kickstarter to make Shallow Water a reality. Your campaign appears to be off to a great start. Tell us a bit about the campaign and why people will want to get involved.

SC: Because it’s DIFFERENT. It’s UNIQUE. This film will be a breath of fresh air for the genre and hopefully inspire more films like it. Kickstarter is a great platform. I’ve been very fortunate with my last three campaigns going way past the goal. This project is a much larger raise. Let’s hope the streak continues…

JH: Shallow Water seems to be one-hundred percent where your heart is for the time being. But after this film, do you plan to stay within the horror genre? Maybe you have another creature feature in mind? Or are you just focusing on Shallow Water for now and planning to decide what comes next once you get there?

SC:Nope. Just for people to go and pledge. Be part of something different and help make Kickstarter history.

JH: Alright man, well thanks a ton for taking some time out of your schedule to do this interview. Best of luck with the film and I can’t wait to see it once it’s done.

SC:Thanks so much. I really appreciate it!

—
So, are you sold on Shallow Water so far? If so, you can head over to the film’s official Facebook page and give them a like. You can also pledge to the film on Kickstarter, and help them reach their goal of $550,000, which would be the most amount of money a horror film has ever raised on this particular platform. That’s all for now, until next time!
SHARE THIS ARTICLE
No Comment