Normal people scare me too, Dustin 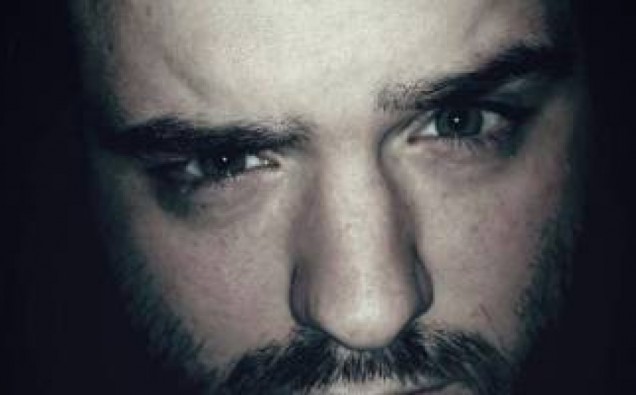 Few directors have caught my attention as of late quite like the twisted genius known as Dustin Mills. Creator of amazing films such as “Her Name was Torment”, “Skinless”, and, my favorite, “The Hornet’s Sting and the Hell It’s Caused”, Dustin now has released a new art horror film by the name of “Applecart”. An original piece that is perfect in its delivery (you can read my review HERE), I wanted to talk to Dustin about what went into it.

John Lepper: Thank you, Mr. Mills, for taking the time for this interview. You have been making amazing horror films the last few years and the most recent one has been “Applecart”. In your own words, how would you describe this film?

Dustin Mills: Thank you. Applecart is basically the expression of my very real fear of “normal” people.

JL: I would not say that is an invalid fear. As the t-shirt says, “normal people scare me”. This is simply an amazingly original piece of cinema. What made you want to go with no dialogue and mask usage?

DM: I thought it would be interesting and create opportunities for striking visuals. It also forced the actors and me to deliver the story in a new way. Not to mention it’s super creepy.

JL: I think the effect worked perfectly. I actually reminds me in some ways of Japanese Kabuki theatre. So, the film was a series of 4 vignettes. If you had to pick, which one was your personal favorite and why?

DM: My favorite segment is Dad. It’s just so incredibly heartbreaking, and the final image is one I’m really proud of. The chemistry between Erin R. Ryan and Brandon Salkil is just so damned good.

JL: That may be my favorite as well, actually. It’s a tossup between that one and “Sleepover”. This really is just a great art piece. Now, I know that you are also working on “Her Name Was Torment II”, your first sequel film. Can you tell the readers a little about that?

DM: Yeah. It’s the sequel to Her Name Was Torment… and it’s really gross.

JL: I hope so! It’s got some pretty big shoes to fill from the first film! One more question before I let you go. A common theme in several of your films is the usage of puppets. What inspired you to use them so prevalently in some of your films?

DM: I don’t know. I just like them. Always have. Both as special effects and as characters. It’s just one of my weird fascinations I guess.

JL: It’s interesting, because that’s another element that is very common in Japanese theatre. They call it Bunraku. Very elaborate puppets, each requiring 3 or 4 people to operate. Well, thank you again for your time, Mr. Mills. Before I let you go, do you have anything else you’d like to share with the readers?

DM: Yeah. Buy stuff from www.dmp.storenvy.com so I can buy some groceries.

JL: Seriously, dear readers, do it. You won’t regret it. Thanks again, for your time and best of luck with your future endeavors!