Interview with MJ Dixon on his slasher filmverse and Slasher House 2!!!

You aren't going to want to miss this! 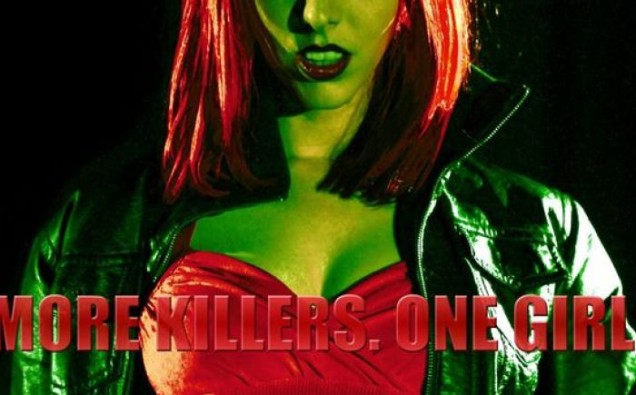 MJ Dixon is a fan of slasher films whose love for the genre few can match. He has gone so far as to create the Mychoverse, a conjoined universe of indie slasher films with a planned roster supposedly numbering around 20 films! So far, MJ has wrapped up Stage 1 of his evil plan with the already released Slasher House and Legacy of Thorn and the already finished and forthcoming Hollower and Cleaver: Rise of the Killer Clown. Now he is starting Stage 2 with the epic-looking Slasher House 2! I interviewed MJ to see what I could find out about this project.

Johnny Macabre: Mr. Dixon, thank you for taking the time for this interview. So, we’ve talked before about your slasher filmverse. Now you are putting out the next one, Slasher House 2, the sequel to the film that started it all. What can you tell me about it?

MJ Dixon: Well its a follow up, and that’s quite an important term here, to the original film. The twist to the first film really opened up what was essentially a movie set in one place and we really wanted to take that element and throw it wide open.

The film follows Red as we’ve only briefly seen her before, out in the world outside the house hunting down serial killers and searching for the one that killed her family, which we saw briefly in the original.

JM: Very cool. So, The Raid… is it safe to say we can expect a healthy dose of action mixed in then?

MJD: A healthy dose is probably an understatement. One the things I was disappointed about in the first one is really how much action we couldn’t fit in, due to the limited characters we had in there. There was a conscious decision to give this story a lot more space for that and sometimes I cry at night looking at the sheer amount of choreography that’s going into the film. We took a lot of inspiration from Beat em Ups this time round and literally 80% of the film is just Red doing what she does best, kicking ass!

JM: Awesome! Sounds like it’s going to be really cool. Now, one of the slashers is already unlocked on the indiegogo, I believe. What can you tell the readers about this character?

MJD: The first Slasher we unlocked was Red, it seemed like the best place to start as this is her story and she is technically or top tier slasher. She’s a serial killer who kills serial killers. A lot of people dubbed her Buffy meets Dexter after the first movie and I liked that.

This a very different Red from the first film, she’s got her memory and her abilities that are missing in the original, so this is really the first time we actually get to really see her for who she really is.

We really wanted to set her part from the original Red too as Eleanor wasn’t returning we kind of wanted to James Bond it and although she’s the same character this is a fresh approach to her.

JM: She’s definitely a cool character. I am really looking forward to seeing what you do with a fresh spin on her. So, let me ask you this, what do slasher movies mean to you?

MJD: As a kid they were a gateway to horror movies for me, I grew up in the 80’s and 90’s and they were very much part of the social consciousness and were impossible to ignore, so they were the first films I fell in love with. Halloween was the first real horror film I saw when I was about 11 and I was hooked.

To me they are, as i think we’ve discussed before, like superhero movies, which is another love of mine. Powers, interesting origins and convoluted story arcs they kind of have everything I love in a story.

I started collecting Slasher movies when I was a kid and it wasn’t long before I was dreaming of making my own, I started writing Thorn when I was about 15, albeit a very different version to the one we know today, but it was always a homage to the films I love the most.

JM: Awesome. Yeah, we have pretty similar thoughts on the genre. So, what can you tell the readers about the indiegogo campaign you are running?

MJD: We wanted to do something a bit different with campaign really, to unlock characters along the way and really engage the audience. As I’m sure you know running these things can be very stressful, so the only real upside for us is that it allows us to engage on a much deeper level with the people who like our movies.

We’re not looking for much, at this point we can turn a few thousand pounds into something pretty spectacular in terms of indie filmmaking, so we’re never looking for enough to make sure we can have nice hotel rooms or anything like that, we’re just looking for the amount we need to get the job done.

We decided to add the bonus of stretch goals this time round, in the hopes that we if we come over our budget, we’re not just inflating the comforts on set and instead we’re looking to use the foundation that Slasher House 2’s budget will set to shoot two more fllms. A new Thorn movie, with a bit of twist and a brand new movie in the vein of Demons called The Violent Dark.

JM: And you are already at a nice pace, last I saw. Alright, thank you again for taking the time for this interview. Before I let you go, is there is anything else you’d like to tell the readers?

MJD: We have a lot going on, All these films are interconnected, so although they stand alone, they’re eventually going to unveil a bigger story.

We’re just finished up post on Cleaver : Rise of the Killer Clown and Hollower (Which stars Hellraiser’s Chatterer Nicholas Vince) and then we’re looking to blast through into Slasher House and hopefully Mask of Thorn and Violent Dark to have them ready for next year.

We’re hugely appreciative of the support we’ve had from the horror community and we just love making something that’s a bit different. There’s an overall arc that I really cant wait for people to see unfold.

JM: I can’t wait to see it either! Thank you so much, MJ, and best of luck!

You can contribute to the indiegogo campaign HERE