Intruders: A Home Invasion Film with a Twist

Who is the bad guy? Is there a good guy? 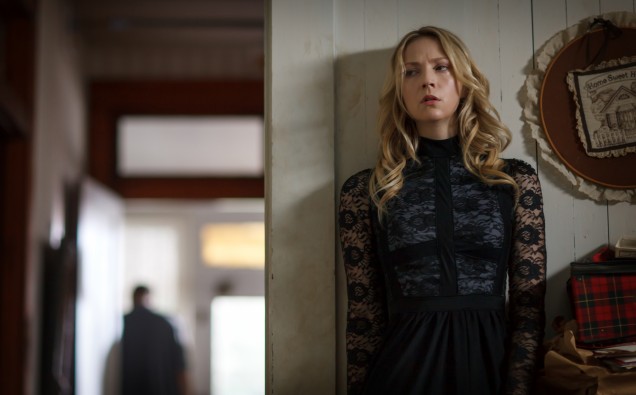 I’m not a huge fan of home invasion horror films. I feel like, generally, if you’ve seen one, you’ve seen them all. But every so often one comes along that changes things up a bit. Intruders is one such film.

PANIC ROOM meets YOU’RE NEXT in the gripping home invasion horror-thriller INTRUDERS, full of shocks and surprises. After three criminals, including fan favorite Martin Starr (DEAD SNOW), break into a supposedly empty house, they find themselves in a deadly game of cat and mouse with the occupant (“Leverage”‘s Beth Riesgraf), a shy young woman with a few nasty tricks of her own to play on the invaders.

INTRUDERS opens in cinemas and on VOD Friday, January 15th from Momentum Pictures.

What turns things on their head a bit is that there really is not clear good guy/bad guy dynamic here. As hinted at in the premise, this lady is a lot more vicious in her own right than she seems. She is hardly a stereotypical victim character. This creates an interesting character dynamic, built on further by genuinely complex characters with more to them than first meets the eye.

Generally, a story always has a protagonist and an antagonist. These are thought to be essential to a well written plot. But what if the roles are more ambiguous and we can simply observe a drama unfold without the bias of cheering for one party or the other? Or cheer for one party while the person next to you views the situation differently and cheers for a completely different party? I think that type of ambiguity is fascinating and requires real skill to deliver. And that type of skill is present in this film.

On top of that, the performance of Leticia Jimenez is a real treat. Her character requires a very wide range of emotion and variance and she handles the job perfectly.

Overall, Intruders breaks the home invasion mold and is definitely a staple for fans of the subgenre to look forward to.