Is a Horror Based Fighting Game On The Way? 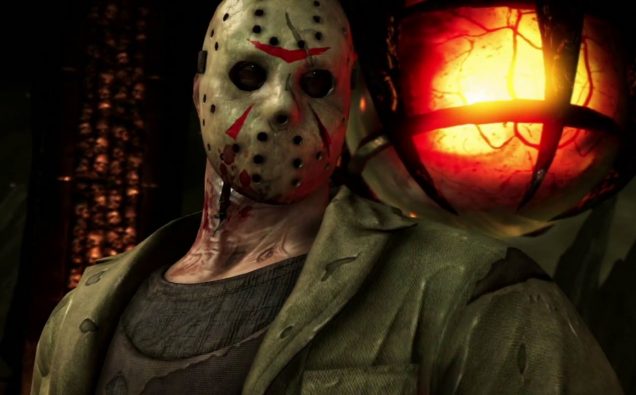 I’m a Mortal Kombat fan for a couple reasons, but I would be a liar if I didn’t say one of the big ones was good old fashioned gratuitous violence; the series infamous Fatalities did after all single-handedly forge the ESRB and make a whole generation of mothers wring their hands in the air. It’s hardly surprising the release was met by a great of controversy, with finishing moves that included spines being ripped from necks and hearts punched out of chests. And as the games went on the gore galore only grew by the gallons, concluding in some of the most fucked up murders to ever cross a videogame with the most recent release Mortal Kombat X.

Hey horror fans, you know what would be a natural fit to an ultra violent fighting game with ultra violent finishing movies? Well shit on a shingle Sherlock, did you guess HORROR CHARACTERS? I mean lets be real here, they are more or less the perfect fit. Entire franchises of bloody kills, unique powers, and iconic weaponry all add up to make them an obvious fit into a series all about maniacs violently killing each other.

Ed Boone, Mortal Kombat’s Kreator (see what I did there?) evidently agrees, releasing a total of 5 horror dlc fighters over the past five years: Freddy Krueger in 2011, Jason Vorhees and Predator in 2015, and Leatherface and Xenomorph in 2016. All of them play beautifully with some of the most creative, fun gameplay in the whole series (and they all sold like the dickens, which isn’t something to be discounted either.)

Well now the possibility of a full fledged Triple A horror fighting game might be a distinct possibility. While there have been some pretty cool similar ideas in the past, some recent comments from Boone have led many to speculate a full fledged Mortal Kombat style horror project could be on the horizon. In an interview with GameInformer, Ed had this to say.

“Yes, yes! You know, as we’ve been accumulating them, that idea has been coming up more and more frequently. You brought it up and a few other people have brought it up like ‘why don’t you do a horror movie fighting game?’ Maybe one day we’ll do it.”

Ok, not exactly a confirmation, and I imagine the licensing behind such an idea would be nightmarish. Holy hell though, what awful, evil things I would do to get my hands on it. Boone is currently tied up with Netherealms upcoming Injustice 2 (which looks pretty good as well btw) but if Legends of Horror or whatever the fuck else they want to call it is a real possibility, it can’t come soon enough.