Isaac from Children of the Corn is writing a comic called Prime Cuts. ‘Nuff Said!

Interview with John Franklin and Tim Sulka on Prime Cuts 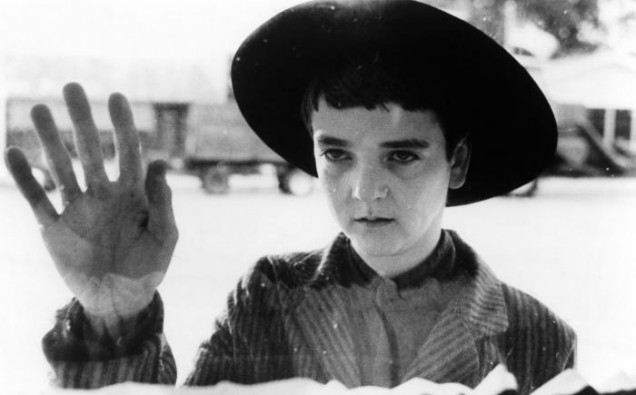 So I scoped the comic and… it was weird. Good weird, but weird. I needed to know more. So I set up an interview and interviewed John and Tim on their comic. Check it out!

Johnny Macabre: So, John, I understand you were in Children of the Corn 666.

John Franklin: Yes, Tim and I wrote the screenplay. I had been in the original Children of the Corn in 1984. And years later we decided to pitch to Dimension/Miramax an idea to bring my character Isaac back. They thought it was a no brainer. They let us write it. It got produced and made and it was fun bringing the character back.

JM: Ok, cool! Now, I did read your comic book, Prime Cuts. Now, what made you want to write a graphic novel?

JF: Actually, Tim and I originally wrote it as a screenplay. We had the screenplay for several years and then when Tim moved to New York he met some producers who wanted to turn it into a graphic novel and then eventually hopefully make it into a movie down the road. That’s how the long road came about. I’ll let Tim fill in any blanks there.

Tim Sulka: Right. I moved to New York and was working on a Broadway production as the associate company manager  and a lot of people there were working on other projects aside from being on the show. As I let people read the script, someone had suggested that this would make a great graphic novel, that that was a good way to kinda get it out into the world and establish a fan base and see how the world responds to it and you can go from there. See about getting the feature produced or some other way, like an animated show or a series. So we are kind of looking as we develop more volumes that it could be an ongoing thing as well. When I talked with these producers, we decided to roll out volume 1 and see what happens

JM: Ok. Well, that’s a very smart way of doing it! I actually did the same thing with one of my ideas. I had a screenplay and I realized that a movie costs a lot more money to make than a comic book. So, it’s smart to develop the fanbase and then try to get funding after that.

JM: So, I did read the comic book. It definitely did seem to be very unique and it did seem to have a lot of influences from Sweeny Todd it seems.

JF: Completely. Sweeney Todd just goes back hundreds of years to the penny dreadfuls. It’s well in the public domain, the story about the Barber from Fleet Street.

TS: Right, it even goes back, we found, to an old French poem about a tale parents would tell their children about the “demon barber” whose going to come and kill them. So this story, this idea, of this demon barber hooking up with the person who bakes the pies and baking the bodies into the pies is a very old story that has been retold for centuries. We just wanted to put a modern day spin on it because it hadn’t been done.

JM: Now, that’s really interesting that you bring that up, about these really old views of an evil barber. I don’t know if you are aware of this, but the barber pole, do you know the significance?

TS: They were blood letters, right.

JM: So, yeah, I am wondering if there is some sort of connection.

Anyway, so what made you want to do this particular story, what made it come about?

JF: We had seen the stage production of Sweeney Todd years ago and just fell in love with it. Around the time we were working on the screenplay, there were all these teen versions of things coming out. We just thought “Hey, this would also be perfect for teens”. And we thought instead of a pie shop, let’s make it a pizza parlor.

TS: Right, it was like looking for an old story and putting a new spin on it. Like John said, they were making all of these new spins on old stories and we thought “Let’s find one that we can take and adapt ourselves.” Then we started doing some research into this and found the story was one that had been around for a very long time.

JF: Which was an important thing for us because we wanted to make sure we weren’t going to get sued (laughs).

TS: Well, I was talking to my production partners and they were saying “I really think it could be a series”. And considering the market today on television, with shows like Walking Dead, zombie shows, the plethora of them, and horror on television is becoming a much more popular thing. This could be a thing that had an ongoing weekly presence. I mean, it’d be great to maybe start it off with maybe an little low budget feature. Sometimes they will do that and then spin it off from there. I think it all depends on what the marketplace will bare. What people are looking for. We’re open to whatever comes our way out of this.

JF: It certainly happened with Buffy the Vampire Slayer.

JM: Absolutely! I was just thinking that!

JF: They made the movie and then they created the series. So, yeah, I mean that would be a wonderful thing. I definitely see the genesis in some kind of feature film on Netflix or DVD movie or something and then bouncing off from there into a weekly series. That’d be great!

JM: You have a really good point, Tim, as far as the environment of TV right now. I’ve actually been saying that with the way things are going, in a couple of years all of the TV shows will be either horror or super hero related. Those are the two genres that are taking over basically everything on cable.

JF: I love the series Grimm, it’s so wonderful.

TS: There’s all kinda of things out there. I been watching the first season of I, Zombie which I really like.

JM: And that’s both super hero and horror!

JF: It started off as a graphic novel, yeah.

JM: You know, back to your book, one thing I wanted to say is that the attitudes in it are reminiscent to, are you familiar with Jhonen Vasquez?

JM: He has a few comic books out. He is most famous for that Nickelodeon show “Invader Zim.”

JM: Yeah, but that was him toned down significantly for children. His comics are considerably darker than that. But have this very sarcastic and sardonic nature to them. I got a little bit of that out of yours, I think.

TS: Right, yeah, I tried to put that into the tone of the narrator, watching all of this and giving comments on what’s going on in the world. And, you know, in our version, of course our character is named Todd Sweeney, and he is a little bit more of a sympathetic character where he is stuck in all of these situations beyond his control.

JF: And keep in mind, you did only read episode 1. It will continue on from there.

TS: And we are in the process right now of starting on volume 2. I hope to have it out in the next 3 or 4 months. It will kind of further the story, get to the meat of the matter. You’ll see what’s going on. People can kinda guess where we are going, but all of the cannibalism and things like that will come out in this episode.

TS: Well, our volume 1 is out on IndiePlanet, so that is a kind of order as you go. They’ll print them as people order them and you can also download a digital copy. So that’s what is working the best for us right now. I figured though that as we go along and gain popularity that, yes, it would be nice to be picked up by somebody and have them help along with the future volumes from there.

JF: I go to a lot of horror conventions and I usually have some copies at my table alongside all of the Children of the Corn pictures and things. So it is getting out there that way also.

TS: Right, and there seems to be this resurgence at these horror events where people who are now adults and have children are showing them these Children of the Corn movies and it’s scaring people all over again.

JM: Alright, well, it sounds like you guys are being pretty ambitious about this. You’ve got a good plan and you’ve got a good concept. It should be interesting to see where it goes. So, I do want to thank you both for taking the time for this interview. Before I let you go, is there anything else you would like to tell the readers?

JF: Enjoy episode 1 and look out for number 2!

And you can purchase volume 1 of Prime Cuts at http://www.indyplanet.com/front/product/prime-cuts-1/