"Roger, I think this is the end of a beautiful friendship." 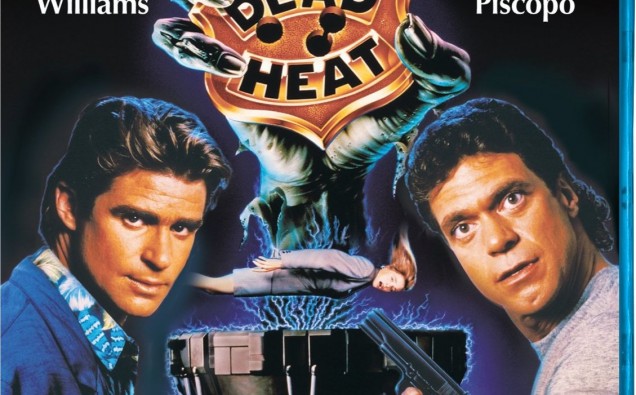 A buddy cop film with zombies. That’s what this is. If you didn’t get excited after reading that, then what are you still doing here? Action, gore, shoot outs, explosions, Vincent Price; this film has it all. It’s one of the most original, as well as one of my favorite, zombie movies ever made. However, despite all that, it’s relatively unknown to most of the people I’ve met.  That’s the case with a lot of the movies I watch, though, so I’m not too bothered by it. I’m not quite sure where to start, so I’ll just keep rambling on until some points are made or something.

The story follows two LAPD officers played by Treat Williams (Deep Rising, Once Upon a Time in America) & Joe Piscopo (Johnny Dangerously, Sidekicks). They’re the classic “loose cannon cops”, the kind that doesn’t play by the rules. While doing what they do best, they learn that a company called Dante Laboratories is resurrecting dead criminals with a machine so they can continue carry out violent crimes for them. During their investigation, one of them is killed, but their partner brings them back to life as a zombie using the resurrection machine. With that done, they continue their crusade to bring down the evil corporation & make sure the vicious zombie criminals they’ve made stay dead.

The effects in the movie are pretty great. The zombies are pretty well done, the shootouts are fun to watch, & it’s overall entertaining. There’s even a seen where a bunch of meat in a butcher shop comes back to life & attacks the main characters in one of the most bizarre scenes I’ve ever seen. There are no other very unique parts in the movie except that one, but it’s worth it. No complaints.

The acting is standard ‘80s fare. Treat Willaims & Joe Piscopo make likable characters that recite dialogue mostly consisting of one liners, but none of that matters because my favorite actor of all time, Vincent Price, makes an appearance as the head of Dante Laboratories. Price is great in everything he’s in, & this is no exception. Sure, he’s only in it for about five minutes, & he doesn’t say too much, but he’s still the best actor in the entire movie because he’s Vincent Price. The moment he starts talking, the movie’s quality skyrockets, no question about it. I’m not just saying that because I love Vincent Price, I’m saying that because it’s fact. Don’t question it.

I highly recommend giving this movie a watch. It’s a short analysis, but I don’t want to give away too much. There’s not much to this movie, but it has a lot to offer. If you’re looking for a good zombie flick to watch, this is definitely a good candidate.