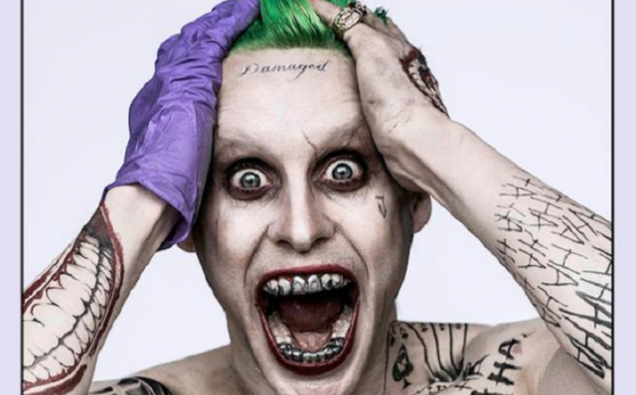 WOW!!!!! I knew Jared Leto was going to look great in the new Suicide Squad movie, but this is nuts! This is probably the craziest Joker I’ve ever seen! I’m glad to see that they’re doing something different instead of the same old song & dance. If you ask me, this man makes Heath Ledger’s Joker look sane (though, to be fair, I also think Jack Nicholson’s Joker is crazier that Ledger’s…to each their own). 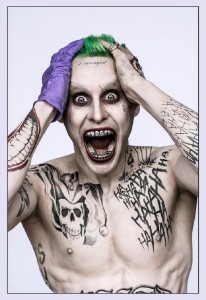 The tattoos, the silver teeth, the green hair, the bleached skin, the crazed look on his face; all of it is just perfect! Now, I can see this being off-putting to some fans, but here’s the deal. In the new DC Cinematic Universe, Batman’s been doing his thing for awhile. With that, it can be assumed that the Joker has also been up to his antics for a good bit of time. The teeth, for instance, are probably part metal probably because Batman knocked them out years ago. Batman’s not known for his gentle behavior, mind you. In the comics, Batman’s punched the Joker’s teeth out plenty of times. Hell, he even did it in the animated series! The ’90’s one…not “The Batman” from the 2000s…that one was okay, but not great. Anyway, the tattoos are cool as well. I was caught off guard at first, but it makes sense. He’s been in jail multiple times, & he’s a very eccentric character. Why wouldn’t he have tattoos?

Honestly, I’m looking forward to the Suicide Squad movie more than Batman V. Superman. It already has my favorite comic book character ever (Deadshot) being played by a fantastic actor (Will Smith), & now it has one of the coolest interpretations of the Joker ever made. If you ask me, I’m more than excited to see how it looks on the big screen. So cool!