The best, and a few honorable mentions. 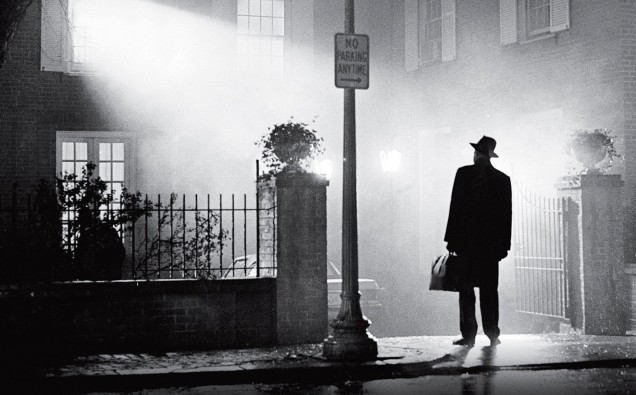 These may not be my top 5 personal favorites but they’re what I believe are the best horror movies ever made and the reasons why.

I chose my top 5 judging them as stand alone movies, not taking into account the success or memorability from the sequels or franchises.

An excellent slasher that could be considered the start of the slasher genre that inspired Carpenter’s Halloween, but I simply believe the top 5 picks are better.

A classic horror that created an iconic character but just not as good as a stand alone movie in comparison to my top 5 picks. (In my opinion).

This should be in the top 5 as it scared an entire generation out the water but there’s only space for 5 movies. (Top 5 scores of all time).

A classic horror that blossomed into one of the biggest horror franchises but as a stand alone movie that Jason wasn’t in it just doesn’t make the top 5 of all time.

Great movie, just not in my top 5.

Honorable mention due to it’s creativity and possibly the most unexpected twist I’ve seen in a horror.

Original idea of another dimension. Genuinely terrifying and well executed jump scares. Excellently directed but not as good as my top 5 picks.

Coming in as my pick for the fifth best horror movie of all time is Scream. This movie is so good and the casting for the movie is second to none. It is such a well rounded, complete movie that beats the odds and just works. A stunning opening scene showing the murder of Drew Barrymore, who everyone thought would be the lead character is unforgettable.

The script has some of the best opening scene dialogue ever put to screen with Ghost Face questioning the character’s knowledge of horror movies to save her and her boyfriend’s life, pure genius. So many different things are happening in this movie. Sidney’s mother’s murder, Cotton’s potential innocent, Gale chasing the news, the back story of horror movie knowledge and somewhat basing the movie on that, the killer’s identity and motives, the revealing of significant details; there’s just so much to follow but it is all put together so well it’s seamless and a surprisingly, easy movie to watch.

Scream breaks all the rules, explains the rules, has a perfectly balanced cast of likable characters, and is packed with twists and turns. Full of suspense and tension this movie is an absolute masterpiece that was a much needed breath of fresh air to a somewhat stale genre. Having Sidney say it’s insulting when a big breasted girl is running up the stairs when she should be going out the front door, then having her actually do that just turns everything you expect to happen upside down. I would even go to say this is on a short list to be the best horror scripts of all time. This movie also contains some of the best lines of the 90’s with the funniest most perfectly delivered line in horror history being:

My pick for number 4 is, in my opinion, the most under rated movie of all time. This movie absolutely blew me away. Despite it’s simplicity, the camera panning around the wall of a glass cell and showing Hannibal Lecter for the first time is possibly my favorite camera work ever put to screen.

Buffalo Bill, the gender confused maniac that cuts women’s’ skin off to make a flesh suit, is brutal, emotionless and menacing. “It puts the fucking lotion in the basket”. Script gold.

Hannibal Lecter is massively underrated in the world of villains, a ruthless cannibal mastermind doctor, plus he is British like me so he’s double cool (sarcasm… or is it?). The title of this movie is built into the script flawlessly, a complete masterpiece of scripting. I can’t praise this movie enough. Everything is done to perfection.

A movie that needs no introduction. The opening scene to Scream explains it perfectly… “The guy in the white mask that stalks babysitters?”

The score is bone chilling. Wes Craven‘s best work without a doubt. They absolutely nailed the cast. Robert Englund was pure gold in this movie, he terrified millions of children, teenagers and adults from going to bed at night for many many years.

This movie has some of the best horror scenes of all time including the ceiling crawl where they turned the entire set upside down; they did the same thing for Johnny Depp’s murder so it looked like the blood was shooting out the bed. The shot of Freddy’s glove coming up from the bath between Nancy’s legs. Nancy’s friend in a bodybag in a hallway. Powerful.

An original epic masterpiece with an unheard of plot that just smashed it out the park. Edge of your seat terror that lasts far beyond the runtime of this movie. The best horror since 1984.

The directing and camera work in this movie is flawless. The camera slowly zooming towards Regan’s bedroom door with the devil’s croaky breathing is one of the most simple yet powerful shots in history. The score is absolutely stunning and completely perfect for this movie even though it is unfortunately under used during the screenplay in my opinion.

Regan’s voice possessed. In my opinion this movie brought us the greatest line in movie history:

“What an excellent day for an exorcism.”

I hope you all enjoyed reading my top 5 picks for the greatest horror movies of all time and I look forward to reading your comments on this article.