Something has survived... again? 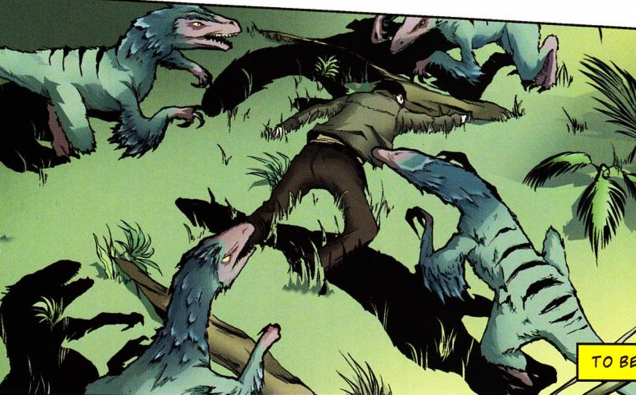 News from the San Diego Comic Con is that we are not going to have to wait for the already greenlit Jurassic World 2 to release June 22, 2018 for more dino mayhem!

Not a lot of information is known at this time, but what is known is that comic publisher IDW will be releasing a series of comics based on the film next year. Whether this comic is a strict adaptation of the film or spinning off is unknown, as is the team which will be behind the book.

IDW is known for many licensed comics including Transformers, GI Joe, and was the brand behind 3 Jurassic Park comics a few years back.

More deets as they develop!